In an agricultural economy, Farmers are economy runner; government makes Policies taking into account suitability of the farmers. Farming is a remarkable and indivisible part of the economy in India, as it constitutes 19% of the total GDP. It also contributes in providing employment opportunities to 60% of the population[i], so the farmers are the backbone of Indian economy and also they are an important part of the existence as they provide food and fabric to the nation. We refer Farmers as ‘Anndata’ as they provide us food and fruit which are basic essentials of human life without which a common man cannot survive. Rural India which is highly dependent on agriculture need to be taken care of , farmers in India constitute a huge vote bank to government , so it becomes more important to look into the problems and needs of Farmers for any government . 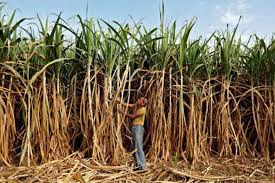 Now here this article will throw light on new farmers bill , this article will also deal with the theory If parliament can make laws on agriculture , pros and cons of New bills , how will farmer get affected , is really government taking the farmers view into consideration ?

Parliament vs. State over agriculture as a subject matter

As far as advantages of New farm Bill are concern, it can be inferred that –
Farmers now can sell their commodities outside their mandis and there will be no state tax levied upon the farmers. In the existing APMC system, it is mandatory for farmers to go through a trader so as to sell their produce. It was this very system that has influenced the rise to a cartel led by traders and uncompetitive market due to which farmers are paid MSP (a very low price) for their produces. Farmers will get an opportunity to look out for best dealer in the market. These bills will provide farmers freedom to trade across states and will empower them to turn into traders and regulate their own produce. There will be freedom of choice of sale and purchase of agricultural commodities between the two parties and it will promote intrastate trade without any barrier. No barricading in farming sector will help both the farmers, as well as consumers, in case of any emergency situations like flood, drought or any other natural calamities, food carriage will be more efficient and purpose of national interest will also get serve.

As far as disadvantages of New farm Bills are concern, it can be inferred that-

These bills does not contain any provision for Minimum support price (MSP) for farmers in which case farmers can be assaulted by capitalist, farmer will be treated as commodity in years to come, as government declares MSP for certain important crops ,but in absence of the provisions regarding MSP, farmers will be at back foot . State like Punjab and Haryana will not get any state tax on agriculture which constitutes 8.5% in Punjab and 6% in Haryana, so loss of revenue can be a major disadvantage for any state government for further development and growth. With no MSP, market price can fall and we all know in capitalist economy, one party to business dominates other in terms of profit, as maximum profit is the ultimate aim, state like Punjab which charges 6% mandi tax and collects total revenue near 3400 crore form these charges, and Punjab and Haryana are important from the fact that 75% wheat production has been done in these two states only[v].

Focus has been laid down on privatization of farming, where every farmer rich or poor will be a party to a contract and there will be terms and conditions as well. Capitalist will try to buy best quality crops cheaply, whereas farmers will try to sell their commodities at good price, so it will be a tug of war between farmers and Capitalists. Author argues if government want to aid the farmers of the country they should provide relief in indebtedness of farmers, there should be a proper guarantee scheme and statutory backing to the minimum selling prices and procurement, hoarding must be under scrutiny and thereby author believes amendment in Essential commodities Act could bring large corporate goons into agriculture space and this can lead to harmonization of agricultural market and also Constitution have granted rights to state to make laws over agriculture, so Parliament should reconsider the state government will , otherwise it will be against the spirit of Constitution and Courts should follow the doctrine of Pitts and substance and look over these bills from major perspective and which will serve the interest of farmers for better because they are exercising there right to life to protect the right to life and personal liberty of the people of the country by providing food .