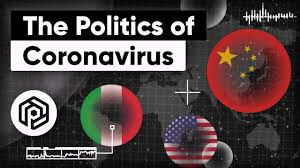 A devastating global pandemic which wreaked havoc all around the world and is responsible for millions of deaths worldwide, not in a contemporary history we have seen this number of deaths and devastation to human life due to a virus, though from where this virus gets originated it’s still yet to be established. Its wreaked havoc in every aspect of life whether it is personal, social, or economic. The virus almost put all the countries to stand still with India no exception.

The International Monetary Fund says that the global economy will shrink by 3%, worst since the great depression. India has been one of the countries that have been worst affected by coronavirus pandemic with over 2.59 million confirmed cases and over 40,980 deaths so far, the country experienced lockdown from the late march and subsequently extended several times, pandemic like this has put front all the societal and political fault lines that we have in India, instead of uniting us as a nation pandemic seems to be opened up the many wounds that already exist in our society. Since in India everything is largely being influenced by politics the conversation around coronavirus has shifted from ‘mortality rates’ ‘poor health infrastructure’ ‘Infection’ ‘labor crisis’ and ‘morbidity rate’ towards the completely trivial and unimportant things and politicians who rule over us are getting away with much accountability. In India, three posts of the country exercise the highest amount of power District Magistrate at the local district level, Chief Minister at the state level and Prime Minister at the central level and it only led to this coronavirus pandemic which showed us how inefficient our government structure is from top-down, the socialist view of the state which every political party has largely been propagated since the independence, where instead of delegating the responsibility the power is hugely concentrated, this pandemic has revealed the fault lines in such type of view, this led to asking the question is the pandemic has differently been handled if the government had more liberal approach? As we can see various states in the country have started amending their labor laws to bring back the economy on track.

In India the power is hugely concentrated on the three government structure that is Prime Minister, Chief Minister and District Magistrate and all these three government structure have failed to protect its citizens from this pandemic, this pandemic has given the already powerful Centre even more authority to impose according to its own whims and fancies for instance Modi Government invoked the 1897 Epidemic Diseases Act and Disaster Management Act of 2005 to give itself extraordinary power to impose the lockdown, the states are going around in their own way to imposing their own lockdown rules even when Centre issued guidelines to ease the restrictions, states like West Bengal, Madhya Pradesh and Mizoram extended their lockdown, even during the pandemic instead of cooperative federalism we are experiencing tussle between state and Centre for instance the mismanagement of handling worker migration gives us some clear perspective how all-mighty governments have failed in front of adversary.

Health care system in India: while private health care provided 70% of services, In India, the public healthcare system is inefficient and lacks funding, India spending on public health care system is less compared to other lower-middle-income countries according to national health profile of 2018, the data of 2015 shows that India spending on public health was 1 percent of GDP while the other lower-middle-income country was 2.5 percent of GDP, primary health care system in India is in shatters we can understand from the given fact is that in primary health system only 15% of all morbidities which people seek care. Various public policy documents like the High-Level Expert Group, plan documents and the National Health Policy 2017 recommended that there needs to be a coordinated effort from both the Centre and states in, particularly primary and secondary health services.

While private health services account for over 70% of the health services providers in the country but their role in handling the pandemic is not appreciated. The government needs to fund more in public health and public funding should be increased by 2.5 percent of GDP as envisaged by the National Health Policy, 2017. Coordination among states and the Centre in the spirit of cooperative federalism should be encouraged and the state governments have the major role to play here in establishing and creating dedicated public health care at state, district, and local levels.

Labor Crisis: This Pandemic has brought back focus on the condition of workers in India and worldwide, as in India we have been seeing how the worker crisis exploded and how our authorities are completely clueless on what should have been done. The International Labor Organization in its report describes the coronavirus pandemic as the “worst global crisis since World War II” worldwide over two billion people work in the informal sector particularly in emerging and developing economies are at risk. As in India over 90 percent of workers are in the informal economy, about 400 million workers in the informal are at risk of falling into poverty during this crisis, as we have been seeing the scope of workers migration in the country, workers are desperate about their future and uncertainty of their jobs they started moving back to their native places, and it has shown us even after this many years of Independence and various political slogans if ‘Garibi Hatao’ workers’ conditions are far away from living a dignified life.

With sensing the Covid-19 Pandemic various state governments have altered the labor laws which were giving certain securities to the workers, now the workers have to work an extra hour, companies and manufacturing industries do not have to follow certain labor laws, and state like Uttar Pradesh had gone further by issuing an ordinance for the suspension of the application of labor laws in the state with few exceptions such as laws related to bonded labor, ex gratia to workers in case of work-related disabilities and diseases and timely wage payments. While reformation and consolidation of various labor laws are necessary but completely abolishing the labor laws should not be appreciated as it will give incentives to companies and manufacturing industries and factories to exploit the already impoverished workers, the political class of this country has shown a short-sighted and parochial approach while dealing with the issues of workers during this pandemic

The apathy of Judiciary: while the legislature’s role in handling this pandemic is severely criticized, we also need to look at the role of the judiciary during this pandemic. The pandemic has led to the closure of courts unless it is an urgent matter which is worth hearing, which is in itself an ambiguous, workers not getting proper shelter, food and security during this pandemic should also be considered as an urgent matter by courts we have seen how abysmal various governments response to this labor crisis. The courts should have taken steps to protect the rights of workers. As there have been many media reports which suggested that spike of police brutality in enforcing the lockdown during this pandemic, the judiciary should have spoken up and should have provided proper checks and balances to the legislature and executive when they use their power arbitrarily, the supreme court has consistently declined to entertain cases concerning migrant laborers since march in one plea seeking the free transportation for workers to their native states, the apex court also disposed of another plea for payment of minimum wages to migrant workers during the pandemic without giving proper and directions, the top court left it to the concerned states to take action, Senior Advocate Dushyant Dave while commenting on the what role judiciary has during this pandemic said: “judges cannot sit in the ivory tower and be blindfolded to the miseries of the citizens of India the constitution maker wanted, the judiciary to supervise the actions and inactions of the executive”.

The courts should realize in the time of crisis citizens can only rely on the courts to protect their constitutional guaranteed rights.

Finally if our legislature, executive and judiciary will not work in tandem and reciprocity towards each other and towards the benefit for the citizens of this country then the stark fault lines that have emerged in our government structure and way of governance will never get solved and the citizens will start losing the trust that they have in our state institutions.