The term “marriage” means the legally or formally recognized union of two people as the partners in personal relationships. However, there are certain offences made against the marriages by either of the spouse. Chapter XX (sections 493-498) of the Indian penal Code, 1860 deals with the offences relating to marriage. This paper deals with the offences relating to the marriages under this chapter are listed below: 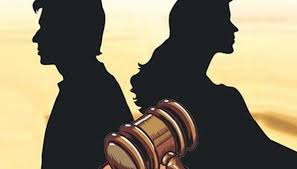 Mock marriage means an invalid marriage. In this marriage, the cohabitation or sexual intercourse performed by a man, married or unmarried towards the women of any age, whom he convinces to be his wife, but in fact she is not his legal wife. In mock marriage, there are two offences specified in section 493 and section 496 of the Indian Penal Code, 1860.

Under Section 493 of the Indian Penal Code, 1860 deals with cohabitation caused by a man deceitfully inducing a belief of lawful marriage. It runs as follows:

The imprisonment which may extend to 10 years and shall also be liable to fine.

To constitute the offence under section 473 the following conditions are to be satisfied:

Ø  The accused cohabited with the prosecutrix.

Ø  He was not legally married to her

Ø  She has consented to the cohabitation believing that she has been lawfully married to him.

Ø  Such belief in her was induced by deceit on the part of the accused.

Under section 496 of the Indian Penal Code, 1860 deals with marriage ceremony fraudulently gone through without lawful marriage. It runs as follows:

Whoever, dishonestly or with a fraudulent intention goes through the ceremony of being married, knowing that he/she is not lawfully married shall be punished.

The imprisonment which may extend to seven years and shall also be liable to fine.

To constitute the offence under section 496 the following conditions are to be satisfied:

Ø  The accused should have gone through the form of marriage.

Ø  He/she should know that he/she was not lawfully married.

Ø  He/she went through the form of marriage dishonestly or fraudulently.

In Kailash Singh V. State Of Rajasthan[i][1992 Cr.LJ 1005 Raj] the accused man induced a girl saying that he was unmarried. The girl and her family also believed his statements. They gave dowry to him and arranged a marriage between the girl and the accused. At the time of the marriage, the parents of the girl came to know about his fraudulent act. The girl’s family made a complaint to police. The court convicted the accused under section 496.

The term “bigamy” means marrying again during the life time of the lawfully wedded spouse. If a husband having two wives or women having two husbands’ is called as bigamy.

Under section 496 of the Indian Penal Code, 1860 says that, whoever has a husband or wife living, marries in case in which such marriage is void as it took place during the life of such husband or wife.

Section 494 of the Indian Penal Code, 1860 provides two exceptions in which bigamy is not an offence:

Ø  When the first marriage is declared as void or dissolved by the court of competent jurisdiction.

Ø  If the other spouse is not known for a continuous period of seven years.

The imprisonment which may extend up to seven years and shall also be liable to fine or with both.

To constitute bigamy, the following conditions are to be satisfied:

Ø  The accused person should already be married to someone.

Ø  The accused should have married another person.

Ø  That the second marriage was void by the reason of it taking place during the life of first spouse.

The term “adultery” means voluntary sexual intercourse between a married person and a person who is not their spouse. Under section 497 of the Indian Penal Code, 1860 deals with adultery. It runs as follows:

The imprisonment which may extend up to five years and shall also be liable to fine or with both.

Section 198(2) of The Code of Criminal procedure, 1973 deals with how a complainant may file charges for offences committed under Sections 497 and 498 IPC. Section 198(2) specifies that only the husband may file a complaint about the offence of adultery.

The landmark judgement was given by the Supreme Court on 27th July, 2018, puts an end to the 150 years old adultery law under section 497 of the Indian Penal Code, 1860. The judgement was given in the case Joseph shine V union of India[iii][AIR 2018 SC 4898] Joseph shine, filed a writ petition under Article 32 of the Indian constitution challenging the constitutional validity of the section 497 of the Indian penal code, 1860 read with section 198(2) of the code of criminal procedure, 1973. It was argued that article 14, 15 and 21 of The Indian constitution, 1950 is violated. Further, Adultery is not a crime and it can be a ground for divorce. Finally, on 27th July section 497of Indian Penal Code, 1860 was struck down as unconstitutional.

Under section 498 of the Indian Penal Code, 1860 deals with criminal elopement. Section 498 protects the rights of the husband.  It deals about Enticing or taking away or detaining with criminal intent a married woman. It runs as follows:

Whoever takes or entices away any women whom he knows or has reason to believe to be the wife of another man, from that man or from any other person taking care of her on behalf of his husband, with the intent she may have illicit intercourse with any person.

The Imprisonment which may extend up to two years and shall also, be liable to fine or with both.

To constitute the offence under section 498 of the Indian Penal Code, 1860 the following conditions are to be satisfied:

Ø  Knowledge to believe that she is wife of another person

In Alamgir & another V State of Bihar[iv] [1956 AIR 456] here, the wife disappeared from husband’s house. She was found in the house of the appellant with his brother. When the husband went to the appellant and asked to send back his wife, the appellant told him that he married her wife and the appellant’s brother threatened the husband and asked him to go away. In the trial court, the appellants were found guilty and held simple imprisonment of two months for each of them. On the appeal, the session’s court confirmed the conviction and reduced the sentence to a fine of Rs.50 each. On further appeal, high Court convicted the appellants under section 498 of the Indian Penal Code, 1860 for six months rigorous imprisonment

Offences against the marriages have taken away the sanctity of the holy institution of marriage. The law on bigamy and deceitful marriages are too complex. It is very difficult to provide protection for these crimes. The law on the adultery is heavily biased in favour of the either of husband or wife but still, any one of them is a silent sufferer. The laws under this part should be benefitted for both the husband and wife.

This article is authored by BharathVaaj.S

19 thoughts on “OFFENCES RELATING TO MARRIAGE”