“The Coronavirus will most certainly offer new resilience opportunities for innovators as the PPP market recalibrates.”[i]

While the economy was hit hard by the pandemic, no sector was unharmed. Even the infrastructure sector has suffered a huge impact due to the ongoing health crisis. This is where the need for Public-Private Partnerships (PPPs) arises; which would help in overcoming the financial problems and help in developing the economy through a positive contribution. PPP provides an option of innovation in the public property while ensuring the best possible quality with the least possible finance through the help of the Request of Proposals (RFP) in bidding. 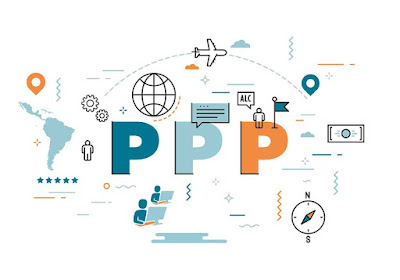 Public-Private Partnership commonly known as PPP or 3P is a collaboration between one or more public sector companies and one or more private sector companies. It is usually undertaken for the completion of a specific project or to provide a specific kind of service to the members of the society. In general, PPPs are used for developing the infrastructure of countries such as highways, public transportation, toll booths, etc. While talking about the specific services, during the current scenario of COVID-19, PPPs are being used to establish labs to maximize the testing capacity.

Some noticeable projects such as the Mumbai Metro Line 1, Hyderabad Metro, Delhi Gurgaon Expressway, Gangavaram Port, Latur Water Supply Project are examples of PPPs in India. Even the Eiffel Tower is an example of the PPP under the Build, Operate, and Transfer (BOT) model. Such a partnership helps to ensure expertise in a given project with optimum utilization of resources and promotes “innovation by providing better public services through improved efficiency”[ii].

COVID-19 AND ITS IMPACT ON INFRASTRUCTURE

The infrastructure, construction, and real estate sector are the second most important employment generator in India. COVID-19 has caused a huge blow to the economy and that has impacted all the sectors on an unequal basis. There is a high possibility that the impact of the virus would be “worse than that of the 2008 financial crisis”[iii].
The infrastructure is bound to suffer due to lack of demand which in turn is due to lower purchasing power parity of the consumers. Moreover, real estate has also declined due to the impact of the virus. Owing to such a huge impact on the infrastructure sector a viable solution is to be found to decrease the impact of the virus on the Indian economy and other economies. A well planned PPP could thus ensure to cushion the blow to the economy by providing various benefits.

PPPs BENEFITS AMIDST THE CHAOS

The benefits that PPPs provide are manifold, from ensuring the optimum use of resources to the best quality of services. PPPs have proved to ensure that no stone remains unturned and a well planned PPP outweighs the disadvantages that may come in its way. Certain benefits of such a partnership have been enlisted below:
Ø The first and foremost benefit of PPPs is that they have access to private finance, hence solving the issue of raising capital.
Ø The efficiency of the private sector is much more than that of the public sector; PPP helps in ensuring properly skilled workers as well as “transfers the risk to the private sector”[iv].
Ø A lot of incentives are provided to the private sector while working on such a project and there is also a reduction in the life cycle costs such as the operating costs, construction costs, etc.
Ø There is also large transparency in the PPP projects, thus reducing corruption as well as red-tapism from the side of the public sector. The process is based on the bidding process hence ensuring transparency.
The following benefits can be availed during the ongoing pandemic as well, thus helping to stabilize the economy. A lot of testing labs have been ensured while using the PPP model thus ensuring transparency and the other benefits. PPPs have been used to bring “structural changes in the health sector”[v], it can also be used to bring infrastructural changes within the hospitals and to ensure the supply chain of medical equipment.
PPPs thus would provide a feasible solution while dealing with the catastrophe. It would help in creating a better future for the economy as a whole. Moreover, it could be used as a rapid response against the crisis, thus ensuring capital injections in the economy and ensuring some kind of contractual guarantees to the private firms as well. The crises have also pointed out the need for rejuvenating PPPs to ensure continuous development and to ensure the best way of contributing to the GDP.
Though on a short term basis losses may be incurred in PPPs the same is necessary to provide for a resilient future. But the same would be recovered over some time and would ensure a bright future. The government needs to think on its feet and decide how to go about the PPPs in India to recover the fall in GDP due to the world health crisis, which has also created an economic crisis.
Post COVID-19 as well the importance of PPPs would increase due to lack of government funds, thus providing a huge opportunity for quality infrastructure which would attract Foreign Direct Investment (FDI) in the country. The chances of FDI would also increase due to the India-China dispute and PPPs could serve as a “golden egg” of the economy.

PPPs prove to be a viable solution for the developing countries to find a way out from the aftermaths of the pandemic. With a lack of cash in hand of the companies, the government sector should collaborate in increasing the infrastructural facilities within the country, which would in turn induce investment. The benefits which PPP has would prove to be helpful to both the private as well as public sectors while ensuring optimum utilization of the limited resources of the country. It would also help in building the Social Overhead Capital (SOC), which in turn would help to counter the ill-effect of the global health crisis. Thus, PPPs would play a vital role in reviving the economy and increasing the GDP over some time. Thus PPPs prove to be a viable solution to cushion the blow caused due to COVID-19.

This blog is authored by-Akanksha Goel