In the present era to commit a crime, both Actus Reus, as well as Mens Rea, is required, the same has evolved over a period of time. Earlier, people used to punish even animals for crimes, but with advancement, the concept of mens rea i.e. guilty mind has developed. Similarly, an insane does not have the capability to form a guilty intention and thus the person cannot be convicted for the same. Nowadays, the law of each land protects the insane through a general exception knows as the insanity defense. 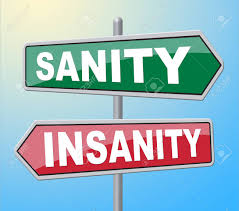 Even in the 21st century, the law of various countries is based in the M’Naghten rules which were laid down in 1843 in the case of R v. M’Naghten[i]. In the given case the accused had killed “the secretary of the PM, believing that the PM was conspiring against him”. The accused then claimed the insanity defense and was acquitted. Thus after huge outrage against the same, the court was ordered to develop a stricter insanity test.

According to the rules: firstly, an accused is assumed to be sane unless the contrary is proved; secondly, to claim the defense it has to be established that the accused was not in the mental state to know about the quality and nature of the wrongness of the said act; thirdly; the accused had the defect of reasoning while committing the said act; fourthly, while partial delusion the situation is considered as in the facts were real.

Various criticisms also exist against the rules such as, no specification on which party the burden of proof lies, the term wrongness is subjective rather than having a fixed meaning, the pre and post-state of mind are not taken into consideration when the act is committed, conative state of mind was not considered while formulating the said rules. Hence, the rules are outdated and have to be modified to suit the present need of society.

THE INSANITY DEFENCE IN INDIA

Section 84 of the Indian Penal Code (IPC) provides for the defense of unsound mind, which reads as “Nothing is an offense which is done by a person who, at the time of doing it, because of unsoundness of mind, is incapable of knowing the nature of the act, or that he is doing what is either wrong or contrary to law.”[ii] This section established the need for a guilty intention while committing a crime. Further, nowhere has the term insane been used in the defense. The defense available in India owes its origin to the M’Naghten rules and has never been modified.

The Indian law classifies the unsound mind into four categories: firstly, an idiot who has no lucid intervals since birth; secondly, someone suffering from mental incapacity due to some illness; thirdly, someone who is lunatic either permanently or through intervals; fourthly, someone drunk. The drunken person is covered under Section 85[iii] of the IPC. In India insanity of the mind is considered rather than “insanity”.
To claim the defense the following has to be established by the accused:
1. At the time of the act, the accused was of unsound mind
2. The accused did not know that the nature of the said act was either wrong or contrary to law.

In the case of “T.N. Lakshamiah v. State of Karnataka”[iv] the court established that the burden of proof lies upon the accused. He/she has to prove the same beyond reasonable doubt else the defense cannot be used. In the said case the accused was convicted of murder, after looking into the facts on appeal the court did not find any mental illness other than moderate depression. Hence, the accused was not granted the defense of insanity in this case.

THE SHORTCOMINGS OF INDIA’S INSANITY DEFENSE

India’s insanity defense has never been amended since the enactment of the same. The section was enacted in 1860 and no consequent amendment has been made to it which shows the obsolete state of the insanity defense in India. In the modern world, a lot of technology, as well as medical advancements, have taken place, but the law has been static for 160 years.

Laws have to be amended from time to time to suit the needs of the society, India has ignored the same. Singapore had re-enacted India’s penal code and has made a recent major amendment to Section 84 of their penal code through their “Criminal Law Reform Act, 2019″[v] which has been enforced from 1st January 2020. The same now reads as: “Nothing is an offense which is done by a person who, at the time of doing it, because of unsoundness of mind, is
a) incapable of knowing the nature of the act;
b) incapable of knowing that what he is doing is wrong (whether wrong by the ordinary standards of reasonable and honest persons or wrong as contrary to law); or
c) completely deprived of any power to control his actions.”[vi]

This reflects the abysmal state of the Indian legislations and how the same is not amended according to the changing needs of society. While Singapore’s provision has made advancement by including the situations where a person was deprived of powers to control their actions, the Indian provision provides no such remedy. Diminished Responsibility is also not given due credits under the IPC, but the same has been considered in the laws of various other countries. Thus when compared to other developed and developing countries, India’s insanity defense does not suit the modern need and therefore has to be amended.

NEED FOR ADVANCEMENT AND SUGGESTIONS

The M’Naghten rules which form the basis of the insanity defense for various countries have been outdated, thus there is a need for a new insanity defense. The defense should avoid any kind of ambiguity and clearer terms should be used. The most suitable insanity defense would be one which takes into consideration the following points:

Thus there is a need for the advancement of the prevailing insanity defense in India, to ensure proper justice. Further changes need to be made in the existing laws from time to time to cater to the needs of the society at large.