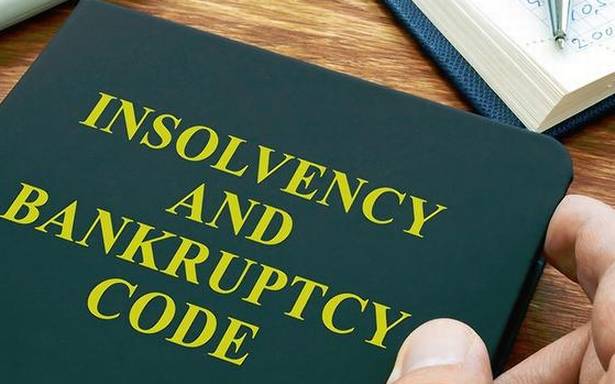 The Insolvency and Bankruptcy Code, 2016 is divided into three distinct parts. The following are the III Parts of the code:

III.             Insolvency Resolution and Bankruptcy for Individuals and Partnership Firms

Individuals and corporates are the two types of guarantors that usually guarantee a loan given to the corporate debtor. While corporate guarantors are already covered under Part II of IBC, personal guarantors had no place under IBC. Ministry for Corporate Affairs (“MCA”) came forward and brought Part III into effect in this regard with a notification on 15 November 2019.[1] MCA and Insolvency and Bankruptcy Board of India (“IBBI”) invited public comments on the Draft Regulations for Bankruptcy Process for Personal Guarantors to Corporate Debtors.[2] Draft Regulations for Bankruptcy Process for Personal Guarantors were published in a discussion paper by IBBI.[3]

The positive effects of the IBC III would be:

1.      Initiation of proceedings by individuals

Under the RDDBFI Act[4], only Banks or Financial Institutions can initiate proceedings, but under IBC, any individual creditor or debtor could do the initiation of proceedings. The benefits of the regime would be making the process of filing cases easier, fill the legislative gap and also help in the recovery of more loans.

2.      It provides an equal field and stature for recovery from both corporate and individual guarantors by bringing personal guarantors under IBC.

3.      Promotion of transparency and systematic approach by providing for regular reports by the Bankruptcy Trustee in addition to the final report requirement under IBC.[5]

The switch from RDDBFI Act to IBC has made it more creditor-oriented where the process under the RDDBFI regime is court-driven and IBC is a creditor-driven process with powers in the hands of the Committee of Creditors. The debt recovery under IBC is three times better than all the other routes (DRT, SARFAESI, and Lok Adalats) combined.[6]

On 21st May 2021, Hon’ble Supreme Court in Lalit Kumar Jain v. Union of India, the provisions of the Insolvency and Bankruptcy Code, 2016 (IBC) concerning the liability of the personal guarantors to the corporate debtors were upheld.[7] It that personal asset of chairpersons and directors, who stood guarantee for corporate loans from banks that turned into bad debts, would face liability in the resolution process under IBC.

Petitioners
The petitioners (Directors, Promoters, Chairman, Managing Directors) provided personal guarantees to banks and financial institutions, which aided in release in advances to various companies leading them to face insolvency proceedings. The major contention of the petitioners is that the executive could have selectively brought into force the Code and applied some of its provisions to one sub-category of individuals, i.e., personal guarantors to corporate creditors. They had argued that once a resolution plan for the distressed company is approved by NCLT, the personal guarantors stood absolved of their liability.

These are the arguments of the petitioners:

1.      The Central Government has acted over the powers vested in it under Section 1(3) of the IBC

U/s 1 (3) IBC, the executive was assigned the function of bringing the law into operation at such time as it may decide. It was conditional legislation enacted by the legislature in its completeness leaving nothing for the executive to legislate.[8] The central government had exceeded its impermissible powers modifying the provisions of Part III of the IBC.

3.      Central government’s failure to bring into effect Section 243 of the IBC

It contended that the government could have brought Section 243 of the IBC, which would repeal the Presidency Towns Insolvency Act, 1909, and Provincial Insolvency Act, 1920. The insolvency proceedings could be initiated against individuals under the following enactments. Therefore, there was two contrary legislation on the personal guarantors.

Relying on the Committee of Creditors of Essar Steel India Ltd. v. Satish Kumar Gupta[10], they contended that with the resolution plan approved, all the outstanding claims against the corporate debtor were extinguished.  With the Co-extensive nature of the liability of the personal guarantor with the corporate debtor, the liability of the personal guarantor would stand extinguished.

They argued that the government always wanted to deal with personal guarantors differently citing the amendment made in 2018 to include three classes of debtors:

The Supreme court recognized the design and structured approach by the government to bring into force different provisions of the Act.[11]It also observed that the amendment that was brought in 2018 was with the object of extending the provisions of the IBC to personal guarantors of the corporate debtors strengthening the insolvency resolution mechanism. The unamended part of IBC, the adjudicating authority for insolvency and liquidation for corporate persons, including corporate debtors and personal guarantors, was NCLT.

The Supreme Court observed and highlighted the following points:

1.      The need for the forum for adjudicating insolvency to be common to NCLT, which would be able to consider the drone view of the assets available, either during the corporate debtor’s insolvency process or even later.

2.      The Committee of Creditors needs the facilitation of a complete picture to create efficient and realistic resolution plans, considering the prospect of realizing some part of the creditor’s dues from personal guarantors.

The Supreme Court held the following:

1.      The impugned notification was not an instance of the legislative exercise

2.      Not amounting to impermissible action

3.      Not a selective application of the provisions of the IBC

Pondering over the argument of co-extensive liability of personal guarantor with the corporate debtor, it stated that the sanction of a resolution plan and the finality imparted to it by Section 31 of the IBC did not per se operate as a discharge of the guarantor’s liability. Relying on multiple decisions[12], it held that discharge of the corporate debtor from the debt owed by it to its creditor, by an involuntary process,

does not absolve the surety/ guarantor of his or her liability which arises out of an independent contract, ultimately holding the notification as legal and valid.

The principle of ‘‘double-dip’’ allowing a creditor to recover debt from two different proceedings is well recognized internationally as a case by the UK Supreme Court. This judgment would allow the widespread concept to grow in India.

[4] Recovery of Debts Due to Banks and Financial Institutions Act, 1993