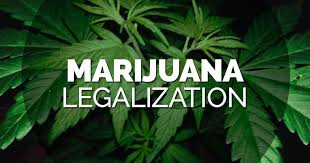 The cannabis consists of more than 120 components but the experts have been able to understand majorly two components totally; cannabidiol(CBD) and tetrahydrocannabidiol(THC). THC contains psychedelic ingredients which gives the user a ‘high’, whereas CBD is used in a various ways like in medicine, beauty products, furniture and fuels. In a tremendous amount the marijuana has the potential for industrial and medicinal value. Many countries by legalizing marijuana have developed proper factories and used it in a various fields.

If marijuana is encouraged in a proper research and cultivation; for poor people it can become a source of income because cannabis plant has the potential of becoming a cash crop for farmers, marijuana can even adjust on the margins where paddy crops are grown.
The medical usage of marijuana is also well-known it helps with disease relating to eye, joint pain, reduce inflammation, kills cancer cells and slow tumor growth, it also controls feelings of nausea and vomiting during the process of chemo therapy, it stimulate appetite and weight gain of people suffering from cancer and AIDS, it relaxes tight muscles in people with multiple sclerosis. In research it has been stated that compare to other medications marijuana is safer to treat the same symptoms for example it can be used in place of other pain relievers or opioids which are highly addictive and harmful. [1]

· Problem with child development during and after pregnancy

GLM-India is a nonprofit research organization, pioneering force behind leading the mission to legalize cannabis in India. The main reason behind this movement was to protect environment and ecology of India, to rejuvenate an ancient medicine with a new healthcare system, to annihilate unemployment, diseases and poverty, to enable farmers by creating a new agro set up.[3]

GLM filed a petition in Delhi High Court to decriminalize the use of cannabis. The NDPS i.e. Narcotic Drugs and Psychtropic Substances Act, 1985 criminalized the trade and consumption of both cannabis and bud and anyone found with them will be punished with 20 years of imprisonment. The petitioner challenged the provision of this act by claiming it to be as unreasonable, arbitrary, unscientific, and violation of various provisions of the constitution.GLM has justified their petition by stating India will benefit more if cannabis are legalized.

1. Elimination of illegal trade and crimes.

Legalization will help to eradicate black market production, if cannabis are legalized there will be rules and regulations the trade will be controlled by government, merchants, farmers like any other business trade.

2. The addiction is scarce.

In comparison with tobacco, alcohol, and cocaine, epidemiological study showed that only 9 per cent end up being clinically dependent on it of those who use marijuana.

3. Increase in government’s revenue.
Not only legalizing cannabis but also taxing and regulating like other goods will help government to earn huge revenue which otherwise goes to international drug cartels due to black marketing.

4. Employment generation.
Huge job opportunities were seen in the countries where cannabis was legalized for recreational and medicinal purposes it creates around 10,000 jobs. The unemployment curse in Indian society will be lifted with the help of cannabis legalization.

5. Medical benefits.
The numerous scientific studies are the proof that cannabis has medical benefits in abundance from glaucoma, anxiety, metabolism, appetite problem to preventing the spread of cancer; it also aid the stimulation of creativity in brain. The legalization will help in medical benefit to the people in large.

6. Income generation for locals.
The states where cannabis grows, the only source of income for poor and marginal farmers are marijuana but due to prohibition of cannabis the farmers are forced to sell these to drug dealers in very low price sometimes they also face betrayal by the dealers who do not pay them; not only this the pressure from police and threatening for the destruction of crops is also faced by these poor farmers due to war on drugs. This war will come to an end only when marijuana is legalized.

8. Increase in illegal drug trade due to prohibition of cannabis.
The so called prohibitions on trade and consumption of cannabis have failed drastically. The annual seizure of cannabis is way less than what is actually produced in a year for example: In Himachal Pradesh annually around 60,000 kgs are produced but only 500 kgs are seized. More than 500 hectares of land are used in illicit cannabis cultivation. By legalizing these there can be a record of periodical estimation.

9. Its use is less harmful than alcohol or other drugs which are legalized.
It is medically proven that consumption of cannabis are less harmful than alcohol or other drugs the behavior of individual who consume alcohol are more violent unlike cannabis consuming individual who tend to be calm and mild.[4]
This is not the only action taken for legalization of marijuana, in 2015 the court had dismissed the PIL filed in Bombay High Court, and similar PIL is recently filed in Himachal Pradesh.[5]

Legalization of Marijuana in other countries.

North America
In 2018 Canada legalized marijuana for recreational purpose. There are already 10 states in USA where for the recreational use Marijuana is legalized and 33 states have the permission for its use in medical field.

Caribbean
Possession of cannabis upto two ounces and cultivation of upto five plants are being legalized in this country in 2018.

Europe
France has abolished the mandatory sentences for minor marijuana crimes; it is also looking forward to legalize cannabis in different sectors. In 2017 Germany has legalized cannabis for medical treatment. Germany in relation with legalization of marijuana in medical field has also stated that THC should be less than 0.2% in medical cannabis.
Other countries like Africa, Oceania, Latin America had also legalized cannabis. China is doing its extensive research on Cannabis for the sake of development in their country.[6]

Inference and Suggestion.
In 1985 under Rajiv Gandhi government cannabis were clubbed with hard drugs like heroine, cocaine and was overall banned; this was buckled under the pressure of single convention on narcotic drugs, 1961 a international treaty; which banned production and supply of hard drugs the cannabis were also included with these. However with changing times, these western countries are lifting ban after realizing that marijuana is more beneficial than alcohol or tobacco.

India being the oldest country where cannabis was a part of culture is still not agreeing to legalize cannabis and use it for the different benefits. The NDPS act which was established to curb drugs related problems has failed awfully, the drug peddlers have used this act for their own benefit by applying their own norms and regulations as there are no government regulations. Delhi is the third cannabis consuming state in the world according 2018 Cannabis Price Index while Mumbai is in the sixth position; the illegal consumption and trade of cannabis had worsen the health index of the country as it is well known that for profits these drug dealers adulterate the cannabis with other hard and fatal drugs. [7]

Every coin has two sides, similarly marijuana has both its benefits and ill effects but it is not as lethal as compared to any other drugs; we cannot stop its ill effects but we can take advantage of its benefits by making it safer for use and one and only way to do this is by legalizing it; once it is legalized people will learn about the benefits more, India is blessed naturally with abundance of such medicinal herbs then why the leverage are given to other countries by illegal trade, why India is not taking advantage of these herbs for the benefits of their own citizens, even WHO in its report has stated that cannabidiol can be beneficial for many medical practices, public figure like Maneka Gandhi had also raised voice for legalization of Marijuana.

Uttarakhand (first state to legalise cannabis), Madhya Pradesh, Manipur has also started legalizing cannabis, on February 2020, Bangalore had become the first state to set up medical cannabis clinic and several other state authorities are trying to legalize cannabis; it has become pivotal for central and the parliament to take a step ahead for decriminalization of cannabis and preventing it from exploitation legalizing will help in taking responsibility for the risk it possess.[8]

This blog is authored by-Krishna Shukla

2 thoughts on “Legalisation of Marijuana”