Drugs are the substance which affects the physical and mental health of a person. It changes several things in human body on a daily basis like thinking capacity and behavioral changes. Opiods (relieve pain), Depressants (relieve anxiety), and stimulant (treating attention) are some common drugs which are commonly used by people. 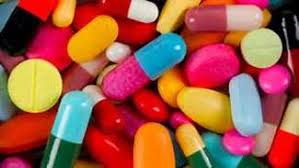 Plants (cannabis, mushroom, tobacco); Processed plant products (alcohol); synthetic chemical (ecstasy, amphetamines).
Drugs mainly contain two ingredients that is active ingredients and inactive ingredients.
Active ingredients are those which have biologically affects on human bodies and inactive ingredients generally don’t have any biologically effects on human bodies, for example: – binding agents, capsules, preservatives, etc.
People take drugs by different ways and some of them are:-
· Swallowing tablets
· Breathing them into lungs
· Snorting into nose
· Injecting
· Ractally or vaginally as suppository
· Through skin
Drugs may be legal or illegal. Legal drugs are those which are prescribed by doctors but they have some subject of restrictions which is based on age, location, use, point of sale registration. Nicotine, Caffeine, and alcohol are some example of this.
Illegal drugs are not prescribed medicines, they are obtain illegally somehow and may be they are not use for medicinal purpose. It is also against law to possess, use, make, import or sell. Cannabis, Amphetamines, Ecstasy, Cocaine, Heroin are consider as illegal drugs.

Impact of drugs on teenagers

It is well known fact that teens are risk takers and they always don’t think much about the consequences of their actions. Out of all the ages drugs mainly affect the middle age people. According to report, six most drugs consumed by teens are:-
Marijuana (31.5%), Vicodin (9.7%), Cough medicine (6.9%), Amphetamines (8.11%), Sedative (6.6%), Tranquilizers (6.6%).
Drugs can directly affect to CNS and teens have still growing and developing brain and by taking drugs can harm brain very badly, reducing ability to experience pleasure or reward, can cause memory loss and slow learning skills, making hard to control emotions.

Some more major negative effects of drugs abuse on teens are:-

· Emotional problem – Drugs usage can cause mood swings, depression, suicidal thoughts, and schizophrenia. Report says that teens who suffer from major depression are likely to use drugs.
· Behavioral problem – According to reports, teens who abuse drugs are more likely to engage to delinquent behaviors such as fighting and stealing than the teen who don’t consume drugs.
· Addiction and Dependence – Research studies shows that once younger people start consuming drugs they are likely to develop habits.
· Learning problem – Usage of drugs can cause short term memory loss which leads to problem in learning ability.
· Diseases – Usages of drugs increase the risk of blood – borne disease like HIV, AIDS and Hepatitis B and C.

The impact of drugs on society

The consequence of drugs abuse not only affect the individual’s life but also affect the society. It is not just a personal problems but it creates problems society. It brings panic in society, creates nuisance in society, disturb peace and harmony in society because drugs abusers don’t care about others due their unstable mind and desperate behavior. For example: – an individual neglects their responsibilities due to consumption of drugs and as a result it can affect their career, arises tension in family, cause financial issue and so many.

Most of the time, the closest person or family of drug addicted individual are the hardest hit. This bring high level of negativism in their life. It became very difficult for them to cop up with drug addicted person. It is also very difficult to balance the anger between drugs addicted and non – drug addicted family member. Majority of domestic disputes arises due to use of drugs because it bring lack of coordination between parents and their children, between partners.
Children whose parents is abusing drugs have lack of necessities including shelter and no health care and this also results to poverty or homeless.

At workplace, it is found that losses in revenue, from decreased productivity due to illegal drugs use totals number $ 200 million annually. Drugs abuse also decreased productivity because they fail to show as scheduled. A loss in productivity affects the employer directly and can also loss the business. Estimates suggest that working drugs user are third less productive than non – drug using co- worker.
Drugs abuses is associated with substantial increase in rates of violent crimes. Nearly, 500,000 violent crimes held due to 40% of alcohol – abuse annually. On college campus 95% of violent held due to illegal drug abuse which includes sexual assault, fights and so on and this results to health care for the victims of these crime as well as last revenue for universities.

Law related to drugs in India

“Drugs abuse is social evil. It destroys vital not only of the society but also adversely affects the economic growth of the country”
Y. K Sabarwal (Former Chief Justice of India) 2006
The use of illegal drugs in not new in India. It was initiated from British period. In 1800, the British East India Company used to export opium from Bengal, Malawi and Banaras region to China.
India’s drugs policy is based on demand and supply control because it has very large pharmaceutical industry which is very much inclined towards the illicit manufacturing of drugs.

In, 1930 Dangerous Drugs Act was passed and according to that act regulation and control of drugs derived from Poppies, Hemp and Coca and also possession and manufacture and trade of drugs were mentioned this act.
In 1940, Drugs and Cosmetics Act were passed and in this act and it talks about the regulation for medical use of drugs such as Cannabis and Opium.
In Constitution of India 1950, Article 47 says that state shall endeavor to prohibit the use of drugs except for medicinal purpose,

This act was passed in 1985 and it replaced Dangerous Drugs Act, 1940 but Drugs and Cosmetics Act, 1940 still remain. This act has been amended three times in years 1989, 200, 2014.
This act restrict upon cultivation, production, sale, purchase, possession, use, consumption, import and export of narcotic drugs and psychotropic substance except when they are used for medical use.
This act also talks about the procedure followed in case any search and seizure to be done. This act gives authority to Central and State government to frame rules in relation for drugs use activities.

· Quantity based sentencing – Under this act, punishment is based on the substance and its quantity, found
· Death Penalty – In this Act, death penalty has been included as form of punishment Courts can award death sentence in case of certain repeated offense and involving large quantities of drugs.
· Section 4(2) (d) and 7A states that treatment of drugs addict is one of the measure for which center government should create fund.
· Section 71, 76 (2) (f) and section 78 (2) (b) says that Central and State government can set up and regulate center for identification, care and treatment of drugs dependent people.

Amendments in this Act

1. 1989 amendment – In this amendment, very harsh punishment were introduced like 10 year imprisonment, restrictions on bail trail by special court, forfeiture of property, death penalty for repeated offence.
2. 2001 amendment- because of harsh punishment were introduced in 1989, some changes were made in 2001 and those changes were like penal provision were upgraded and punishment were based on the quantity of drugs used.
3. 2014 amendment- A new category of essential narcotic drugs was created which central government can regulate uniformly throughout the nation. Under this amendment, the management of drugs dependence and recognition and approval were introduced for treatment. The death penalty is

2 thoughts on “Law Drugs and Society”