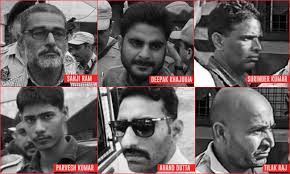 This act mentioned offences like sexual harassment, sexual assault and pornography and also provided the establishment of special courts for the trial of these sexual offences. We need this act necessarily because in India, mostly every girl faced sexual assault, harassment and molestation at childhood. This may ruin the childhood of a child. Now, with the help of active users of social media, online sexual assault and harassment increase rapidly and by the way of pornography. In this article, we discussed overview, need, objective and provision etc. of the POCSO Act.

INTRODUCTION AND NEED OF POCSO ACT

POCSO Act was enacted on 19th June 2012 but it was enforced on 14th November 2012 on the children day. The need for this act in India is necessary as India had reported a higher number of cases of sexual offences with children. India needs a specific law which mentioned offences and their punishments which specifically deals with a particular form of a sexual offence. The main objective of this act to protect children from offences of sexual harassment and pornography and make provisions regarding punishments for various offences and ensure the safety, security and dignified life or childhood for a child. The POCSO act includes 46 sections and the act was amended in 2019 after the leading case of Kathua gang rape and murder. In this act, any person below the age of 18 is considered a child. It defines different forms of sexual abuse i.e. Penetrative and non-penetrative assault. It also defines that any abuse committed by a person under the position of authority of trust with the child, like a police officer, family members, doctor or teacher etc. In India, most cases of sexual offences with children involve the family member of a victim. The offender is known to the victim.

According to data released by the National Crime Record Bureau, 109 children were sexually abused every day in 2018. 32,608 cases reported in 2017 and 39,827 cases were reported in 2018 under the Protection of Children from Sexual Offences act. In 2018, 22% jump in cases of sexual offences with children from the previous year. As 781 cases of pornography of child or storing child pornography material were recorded in 2018.[1]

In this case, there were 7 or 8 accused, former revenue official Sanji Ram, Special Police officers Deepak Khajuria and SurendraVerma, two investigating officer – Head constable Tilak Raj and Sub-inspector AnandDuttaand a civilian, Parvesh Kumar. These accused convicted of gang-raped and murder of a child. On 10th January, the minor girl was kidnapped and allegedly gang-raped in a small temple of village in Khathua, district in Jammu and Kashmir. The injured body of the minor girl was found in the forest on 17th January. The Special Court transferred sentenced three men to life imprisonment. Sanji Ram was a mastermind of this crime. The three main accused, Deepak Khajuria, Parvesh Kumar was granted to the death penalty and the three who were given life imprisonment were convicted under the Ranbir Penal Code of Jammu and Kashmir. They were charged for criminal conspiracy, murder, abduction, kidnapping, gang-rape, destruction of evidence, drugging the victim and common intention of all. The other accused – Anand Dutta, Tilak Raj and SurendraVerma were convicted for destruction of evidence and granted five years imprisonment and 50,000 fine imposed on each. But the court acquitted Vishal jangotra who was the son of Sanji Ram because of ‘Benefit of Doubt’. There was one accused which was minor the proceeding of the examination was continued.

SITUATION AFTER THE KATHUA CASE

After this case, the crime rate did not fall but it increases rapidly. The punishment awarded in this case, the punishment was satisfactory but the accused should not be acquitted on the basis of benefit of the doubt. The situation in India after this incident is not changed. In 2019, 1,48,185 cases reported of child sexual abuse. The crime rate increased by 4% in 2019. The situation in India becomes worst after the Kathua incident. The incident of kathua gang rape does not affect the country and crime rate. After this incident, the government made an amendment in 2019 which discourage the trend of child sexual abuse and creating a deterrent effect by incorporating stringent penal provisions. The punishment of the death penalty should be awarded in the rarest of rare crime. The Kathua rape and murder case charge basically come under the Ranbir Penal Code, the provision of the POCSO act was not enacted. The punishment in the POCSO act was enough for this crime. The amendment of 2019 in the POCSO act is not stringent and it is not clear and ambiguous and not effective also.[2]

PROVISIONS AND PUNISHMENTS OF THE POCSO ACT

PROCEDURE OF OFFENCE COMMITTED UNDER THIS ACT

This act provides the establishment of a special court for the trial of the offence and establishes a child-friendly environment for the children. During the conduct of a trial, the identity of a child should not be disclosed or revealed. It is necessary to report child abuse cases under this act if any person seen or known to this type of crime. At the time of testifying evidence, parents or any other trusted person present with child and there is no need to recalling child or called repeatedly. It is also provided by the act that special court can determine the amount of compensation to be victim child who has been sexually abused and used this for medical treatment and rehabilitation of the child.[4]

As per my opinion, we need POCSO act but after the implementation of this act cases with sexual offences with children increases more and more and the punishment described under this act is very less as a comparison to the degree of the crime. To protect the dignified childhood of the children the act should be implemented in a strict manner. The punishment should be increased because this type of heinous crime may ruin the childhood of a child and its resultant may affect the physical and mental health of a child. The provision in this act regarding child sexual abuse has many drawbacks. The kathua gang rape and murder does not affect the condition of the country because after this incident the crime rate was increased. What we read in the act, it is not implemented in reality.