In December 2012, a 23-year-old physiotherapy female intern was brutally gang-raped in a very moving bus in Delhi. The ghastly act of rape which was committed to Nirbhaya, the fearless, shocked the conscience of the whole nation. Out of the six rapists who committed the act, one among them was a juvenile at the time of committing the act. The juvenile who was just three months young from attaining the age of majority was acquitted by the Hon’ble Court due to the lucid provisions of the Juvenile Justice Act, 2000 which prohibited the conviction of someone who was a minor at the time of the commission of the offense. 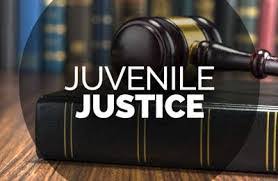 The JJ Act, 2015 for the purpose of conviction classifies the offense committed into three categories on the idea of punishment provided for the offense. The offenses are classified into petty, serious and heinous offenses.

to 10 years would be a serious offense as there is no minimum punishment provided for that offense.

TRIAL OF A JUVENILE

As per Section 15 of the JJ Act, 2015, any juvenile between the ages of 16-18 years who commits a heinous offense would be transferred to the Children Court and would be tried as an adult. Conversely, if the same heinous offense is committed by a child below the age of 16 years, he would be tried as a juvenile in conflict with the law. This distinction based on age is made in the statute based on two erroneous assumptions taken by the legislature:

However, the impugned provision of Juvenile Justice Act, 2015 is arbitrary and violates Article 14 and 15 of the Constitution of India.

VIOLATION OF THE CONSTITUTION OF INDIA

Article 14 of the Constitution of India provides for equality before the law and equal protection of laws. The impugned provision of the Juvenile Justice Act, 2015 violates Article 14 as it is arbitrary and based on an unreasonable classification. The JJ Act, 2015 casts an obligation on the psychosocial workers, psychologists, and other experts to conduct a preliminary assessment of the mental as well physical capacity of the juvenile to commit an offense. In case the experts, based assessment, conclude that the juvenile is capable of committing the offense, he shall be tried by the Children Court.

However, the said provision is arbitrary as the legislature has failed to take into consideration the shreds of evidences produced by modern science which indicates that individual assessment of a child’s mental health is not a possible. Moreover, the prefrontal cortex, the part of the brain, which is responsible for the performance of functions such as planning, reasoning, judgment, etc. are in the stage of development during adolescence. Therefore, ignorance of the scientific evidence by the legislature is arbitrary and unreasonable. Moreover subjecting the juveniles to the same procedure as that undergone by the adults despite the different psychological development of the juveniles violates Article 14 of the Constitution of India. Even the Hon’ble Supreme Court of India in the case of Salil Bali vs. Union of India as well as Subramanian Swamy vs. Raju through Juvenile Justice Board, while upholding the Juvenile Justice Act, 2000 held that it was not possible to determine the mental capacity of the child.

Moreover, Article 15(3) of the Indian Constitution provides power to the legislature to enact special provisions for the welfare of women and children. The legislature, by enacting Section 15 of the Juvenile Justice Act, 2015, has withdrawn the welfare that has been provided to the children under the Juvenile Justice Act, 2000 thereby subjecting them to the same conditions as that of an adult convict.

This blog is authored by Ujjwal Vats student at IMS Unison University, Dehradun

5 thoughts on “Justice to The Juveniles in India: A Constitutional Perspective”