What is a collegium system?

The Supreme Court has invented the Collegium of judges. It is a system under which judges are appointed by an institution which is comprising judges i.e. Chief Justice of India and 4 senior most judges of the Supreme Court. There is no mention of the Collegium either in the original Indian Constitution or in any consecutive amendments.
The Collegiums System was born through the “Three Judges Case” which interpreted the constitutional articles. 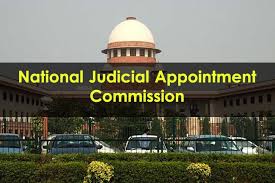 What the Constitution says?

Why the collegium system came into existence?

The concept was begins in 1973 when, by a very narrow margin of 7-6 the Supreme Court has delivered its historic verdict in Kesavananda Bharati v. the State of Kerala. This case has established the doctrine of “basic structure”.
The verdict of Kesavananda Bharati was disliked by the central government which is led by Indira Gandhi, which viewed it as a curtailing of its powers. How the government has reacted on it? On 26 April 1973, Justice Ajit Nath Ray, was promoted for the position of CJI. But he was not the senior-most judge. He was one of the 6 judges who were ruled against the doctrine of basic structure in the case of Kesavananda Bharati. His promotion for the position of CJI was done by superseding three more senior judges, those three judges has ruled in the favor of doctrine of basic structure which was disliked by the government. This was a kind of attack on judicial independence by the executive. Supreme Court was facing with a crisis surrounding both i.e. its independence and to secure its independence in the long-term. The main question was that who has the final say in the appointment of judges, it is the government or the Supreme Court? The answers were given by the “Three Judges cases”.
S. P. Gupta v. Union of India, 1981 (it also known as the Judges’ Transfer case) Supreme Court Advocates-on-Record Association vs. Union of India, 1993 In re Special Reference 1 of 1998

1. In the First Judges Case (1981), the Supreme Court has held (4-3) that in the appointment of a judge of the Supreme Court or the High Court, the word “consultation” in Article 124 (2) and in Article 217(1) of the Constitution does not mean “concurrence”. If there is disagreement, the “ultimate power” will be rest with the Union Government and not the CJI. Therefore, First Judges Case was an instance in which the apex court has acted against its own interests.
2. The Second Judges Case (1993), SC was hearing the petitions regarding court vacancies. The First Judges Case was referred again to a Bench of nine-judges. First Judges Case was overruled by the court with the majority of (7-2) in the Second Judges Case. It was held that if there is conflict between the President and the CJI with regard to appointments of Judges, it was the Chief Justice of India whose opinion would not only have primacy also it would be determinative in the matter. The Second Judges Case has introduced the Collegium system. The court also expanded that appointments would be decided by:
The CJI and the two most-senior judges, for the appointment of SC judges;
The two most senior judges of the respective HC for appointing judges to that particular HC.
3. The Third Judges Case (1998), the Supreme Court has delivered its opinion responding to a question of law regarding the collegium system, raised by the President of India under his constitutional powers provided under article 143. The SC has reconfirmed its 1993 judgement and expanded the Collegium to a body of five member which includes the CJI and the four most-senior judges of the court.

NJAC replacing Collegium:National Judicial Appointment Commission Act, 2014 ensures to bring a change in the appointment of judges. This act was introduced to replace the collegium system. The two bills the constitution (99th amendment) Act, 2014 and National Judicial Appointment Commission Act, 2014 (121st amendment) was passed in both the houses and on 31st December, 2014 it was published in gazette of India.
NJAC Governing Body:
NJAC bench consist of six people:

The Chief Justice of India (CJI), Chairperson.
The two senior most judges of Supreme Court, Members.
The Union Minister in charge of law and justice, Member.
Two Eminent Persons, these eminent persons are to be nominated by committee consisting of CJI, the Prime Minister, and the leader of the opposition in the House of People or where there is no such leader of opposition, then, the leader of single largest opposition party in the House of People, (for the term of three years and they are not eligible for re-nomination), Members.

What is good about the collegium system?

A simple understanding can make the collegium system opaque, especially because the power to select future judges is only in the hand of judiciary. However, it is also a way to make judiciary independent of politics. By keeping out the role of the legislature and executive, the system is believed that it will keep the selection of future judges free from outside interference. It upholds the seniority of candidates and follow the principles of separation of powers in the Constitution. With the involvement of government, many fear that the judiciary may have to compromise on its independence.

Collegium system has been criticized for closed door shutters and having no transparency. When the NJAC bill was passed in both the houses it was looking like the long pending demand for transparency and accountability have been forgotten in these new bills. The government wants to interfere in the working of independence judiciary and make it transparent. Article 124C Indian Constitution

What is good about NJAC?

In NJAC, there are three members are outside from the judiciary and three members which are inside from judiciary. Also, the government and the opposition have power to nominate members to the council which made the council diverse.
In NJAC, the members who are part of it they have veto power. If two members uses their veto power in a nomination or decision, the matter is dropped there.

NJAC is Unconstitutional or Void?

On 16th October, 2015 the Supreme Court held that NJAC is unconstitutional and void. The existing system for the appointment and transfer of judges will be followed. By the majority of 4:1, the NJAC Act was rejected.
The five bench judges also said that the collegium system for the appointment judges is not perfect, but the collegium system is very useful and can be improved. Thus, some measures should be taken to improve this system and not to decline it.
Neutrality of Constitutionality of NJAC is very much complicated and transparency is also not clear up to some extent. But everyone has their own opinion about constitution of NJAC as well as Collegium System.