Rules and regulations are provided to put a stop to confusion and dispute among our society, these are specifically climb so that our society may function smoothly and to secure order in our lives. Each country formulate their own laws. Even the organizations themselves fixture their own rules and regulations such as a school, a club, a political party or the army. Rules are made according to their treaty and needs to enable a smooth functioning of work. Higher commands are given the responsibility to watch the execution of these rules. Laws help us to do the right thing at the right time in the right place and in the right way. 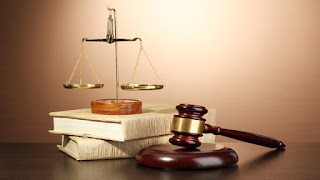 If laws were absent then everyone would go on their way and there would be a big chaos. In the truancy of proper laws there would be confusion as to who is to do what. People would always be in tension and they would not feel safe to move anywhere. There would be more crime and inequality in the society. The stronger and rich ones would have all the advantages and utilize the others.

The law is necessary for a society for it serves as a norm of conduct for its citizens. It was also made to supply for proper guidelines and order upon the behaviour for all the citizens and to comfort the equity on the three branches of the government. It keeps up the society running. Without law there would be more chaos and it would be survival of the fittest and everyman for himself. Not an ideal lifestyle for the most part. The law is necessary because it acts as a guideline as to what is accepted in the society. Without it there would be conflicts among social groups and communities. It is crucial that we follow them.
The law allows for easy assumption to changes that occur in the society. Society is a ‘web-relationship’ and social change obviously means a change in the system of social relationship where a social relationship is understood in terms of the social processes and social interactions and the social organizations. Thus, the term, ‘social change’ is used to indicate desirable differences in social institution, social processes and social organization. It comprises of alterations in the structure and functions of the society.

RELATIONSHIP BETWEEN THE LAW AND THE SOCIETY

Societies are governed by some standards, regulations and procedures to reflect the notion of human being as a social animal. In absence of these rules the social order would not have function in a smooth way. And hence some powers for everybody part of society should be there to make it sure that the society would remain free from anarchy, violenc and conflicts. Social contract theory says that the people live together in society in accordance with an agreement that establishes moral and political rules of behavior. Some people believe that if we live according to a social contract, we can live morally by our own choice and not because of a divine being requires it.
Over the centuries, philosophers as far back as Socrates have tried many times to describe the ideal social contract, and to explain how existing social contracts have been evolved. Philosopher Stuart Rachels suggests that the morality is the set of rules governing behavior that rational people accept, on the condition that others accept them too. Indeed, regardless of whether social contracts are explicit or implicit, they provide a valuable framework for harmony in the society. So laws are very much essential for smooth functioning of the society and such laws should be fair and rationale so that everybody have an equal say in society without any kind of discrimination or subjugation. Constitutional values and norms in a democratic society shows the importance of laws to make a better society.

NECESSITY OF LAW IN SOCIETY

There is importance of law because it goes about as a rule concerning what is acknowledged in the public theatre. Without it, there would be many clashes between social gatherings and networks. We must end them up. The law takes into deliberation simple reception to changes that happen in the general public. The rule of law is so valuable precisely because it limits the arbitrary power of those in power. Public authority is necessary, as Thomas Hobbes rightly observed, to save against private authority, but the rule of law keeps public authorities honest.
Government officials, along with everyone else, should be legally and publicly liable in the courts. Sticking to the rule of law will help to keep governmental and private power part of the solution, rather than part of the difficulty. It will also make our society safer.It requires measures to ensure attachment to the principles of supremacy of the law, equality before the law, accountability to the law, fairness in the application of the law, separation of powers, participation in decision-making, legal certainty, avoidance of arbitrariness, and procedural and the legal transparency.

The law is dynamic. Our Preamble states that the ideals of JUSTICE, LIBERTY, SOVEREIGNITY, FRATERNITY and EQUALITY which add up to the basic foundation of Our Constitution. However, without law these ideals will be shattered all the time. There will be nothing to save these ideals. In a world where ‘survival of the fittest’ is widespread, and looking at the size of human population we can say only one thing. Law is needed for the survival. We cannot go against each other as it will definitely lead to the destruction. Law plants an element of fear which may stop to killing of fellow human beings. It gives each one his or her own share and what they deserve.
Laws tell us what to expect as consequences as a result of the actions. It makes us look before we vault. It is there to save and to destroy. It limits people who get carried away due to the freedom given to them by the absence of law if this is the case. They know one misuse of the law will affect them economically, mentally and physically. Some irregularity may be found but this is applicable for the majority.

It can be implied by common sense that law helps us to survive as a society and also it is convenient. Convenient is comfortable and humans look for the comfort above all things apart from the happiness. Also the law helps in getting rid of the social barriers that exist in our society. Through law we survive yet blossom. Hence the law is necessary in a society.

Image Credits
This blog is authored by- Shreya Sharma

1 thought on “Is the Law Necessary?”