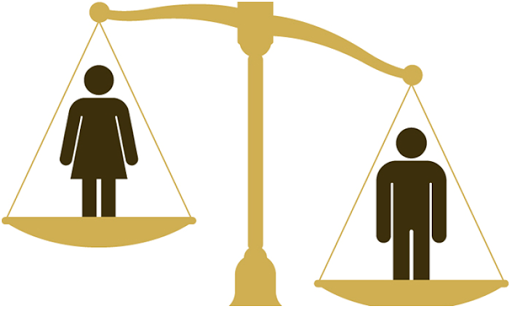 In the present 21st century, women worldwide have entered various spheres of professional life like medicine, teaching, technology, finance, economics and even politics where they have set incredibly high benchmarks for the once male dominated patriarchal society and have proved that they are an equal stakeholder of the resources of this planet and can perform as good as their male counterparts if given proper resources, trainings and opportunities.

In every sphere of professional world, women have brought significant positive reforms and made every effort to stand at an equal pedestal with men, making full effort to mitigate the gaps and discriminative mindset that women cannot work at par with men and their role can be merely limited to the domestic sphere. Even in the legal fraternity, women like Justice Leila Seth, Justice Indu Malhotra, Justice Indira Banerjee and many others have made the presence of women felt in the courtroom by breaking the societal gender norms and temperament that the legal fraternity can be best served only by the males.

However, still after 74 years of Indian independence, the status, participation and role of women in the Indian judiciary stands on a shaky ground with less than 7.2% of female judges in the entire judicial system. The Courts of India also sees lack in presence of women as designated senior advocates with only around 420 females designated as senior advocates from its inception.

WOMEN IN JUDICIARY – THE NEED OF THE HOUR

The courts have, at many instances, echoed with the voices of eminent jurists, lawyers, judges and many other pillars of the Indian Judicial System seeking an active participation of female members in both the bar and the bench. In a submission before the apex court, the Attorney General K.K Venugopal made remarks about the need of higher representation of women in the judiciary to ensure a better sympathetic and humanitarian approach towards female victims of sexual assaults, crime against women and a lot of harassments that women face in society, domestic arena and workplaces. Also, taking into cognizance the patriarchal mindset of senior judicial officers including the Supreme Court Judges, advocates and other officials, he also filed a written submission seeking a mandatory training for all lawyers on gender sensitization and improvement of trials pertaining to sensitive issues towards women.

Moreover, since the inception of Supreme Court of India nearly 70 years ago, only eight women judges have been appointed to the supreme court with the first Judge Ms. Fathima Beevi who was too appointed after 40 years of its establishment in 1989. It is not only the apex court but also the high courts which have shown a negative reflection of the share of women in the participation of carrying the judicial burden. Out of the total 1079 judges of 26 High Courts across the country, there are merely around 80 females occupying the office of a judge in the courts just below the apex court.

With the recent unfortunate trends of increasing cases of crimes against women in forms of domestic violence, rape, attempt to rape, dowry harassment etc., the need of women judges and advocates has been felt more than ever to get hold of and take cognizance of matters pertaining to interests of women and moreover, preventing judicial miscarriage by taking a balanced view of the cases brought up by the appellants and provide justice in line with the laws of the country. Still, there is even a lack of women advocates in the bar to take up these issues to the doorstep of the courts and women judges to provide justice to the needy and ensure at least an equal representation in the collegium.

REASONS BEHIND SORRY STATE OF GENDER PARITY IN THE JUDICIARY

The Indian judiciary has always stood on slippery grounds whenever the topic of representation of women has been raised as judges in the courts of law. In various high – profile cases pertaining to crimes against women, sometimes there have been no female judges to hear out the appellants’ pleas and help them in their pursuit to tryst with justice. For instance, in the famous case of Rupan Deol Bajaj vs Kanwar Pal Singh Gill in 1995, just 26 years ago, there was no female judge in the entire collegium of supreme court to hear out the plea of Ms. Rupan Deol Bajaj who was not only a senior IAS officer but also a woman first. Scenarios like these have proven to be a dark spot on the system of representative judiciary enshrined in the core and spirit of the Indian Constitution.

In a recent note by the Ex – CJI Bobde, issues like domestic responsibilities, raising children, burden of fulfilling various roles assigned to women like Homemaker, wife, mother etc. and the patriarchal mindset of the society creates a wall of hindrance between women willing to take up judicial positions and the vacancies. Many a times, the judicial roles and the legal profession demands a huge devotion of time and unparalleled dedication towards fulfilments of targets and duties which cannot, very often be met along with the domestic burden which snaps the chance of women entering into the profession. Moreover, many a times there has been a huge bias against women by the collegium in promotion of women from posts of lower judicial officers to higher offices like judges of hon’ble high courts or supreme courts.

Even in the farewell speech by one of the most revered judge of the Hon’ble Supreme Court, Justice Indu Malhotra, she quoted that “Society benefits when gender diversity is found in the bench.” Also, the ex CJI Bobde had rightfully remarked in the case of M/s PLR Projects Pvt Ltd. v. Mahanadi Coalfields Ltd. that it is high time India should get it’s first woman Chief Justice. Following the same line of thought, eminent justice R.F Nariman also quoted that the time isn’t very far off when India will get it’s first lady chief justice.

Whereas various reasonings and justifications have been given for lack of women in the Indian legal framework like domestic responsibilities, commitments towards children and family, risks associated with the profession etc., we can note a significant difference between representation of women in the workforce in equally tedious and demanding sectors of employment like medicine, education, engineering, finance and many more with women even becoming the CEOs and CFOs of multi-billion dollar MNCs and corporates. However, the share of women in corporate law firms or other alternative legal fields especially dealing with out of court settlements is slightly higher than those joining litigation or entering courtroom practice. The reason behind this difference is that even after 75 years of Independence and 72 years of the Constitution coming into force, the courts in India which are the workplace of majority of lawyers and judges still continue to be very less women-friendly and gender sensitivity is quite low.

WHAT CAN BE DONE TO IMPROVE THE SITUATION?

Nearly 50% of the students who take up the study of law in India are females. Promoting women to higher positions in the judiciary as well as giving them the chance to get appointed as Senior Advocates or eminent lawyers in the country would act as a huge source of inspiration and motivation and make them look up to various female role models in the country, something which is absent in the present age. Not only this, this step would act as a huge initiative towards breaking the shackles and stereotype associated with women and the legal profession which would make both the judiciary and the legal profession more representative and ensure that Article 14 and Article 15 of the Indian Constitution are upheld in both letter and spirit leading to fulfillment of the dream of representative judiciary in India in a true sense.

Even in the western countries like United States of America and Britain and even ICJ has seen huge contributions made by women either as judges or Chief Justices of Supreme Court leading to not only an improved status of women and their higher stake in the judiciary but also formation of a plethora of laws which have promoted women empowerment and helped to uplift the economic, social and political status of women. In India too, though women have enjoyed a very less rate of participation in the judicial decision-making process and practice of law, several landmark judgments have been passed by eminent jurists and even matters pertaining to highly controversial issues like LGBTQ+ rights, Sabarimala Judgment and many other cases have been taken by women judges and have garnered a huge support from the legal fraternity.

Thus, it is high time Indian Judiciary wakes up to the need of having a greater percentage of females present in the courts and acting as advocates and judges, thus leading to solutions of a huge bundle of social and legal problems women face and ensure that both the genders get equal say in formation and interpretation of laws equally affecting them and seek justice from the courts of law.