Tax avoidance is not illegal or outside the framework of law in the strict sense. Many countries worldwide including Germany, Canada, and France have tried to curb the exploitation of the loophole in the law by taxpayers, to substantially decrease the portion of income payable as tax. The General Anti-Avoidance Rule (hereon referred to as GAAR) came into effect on April 1st, 2017 with the aim of impeding “aggressive tax planning” done with the intention of avoiding tax, which in return can be debilitating to the Indian tax base. 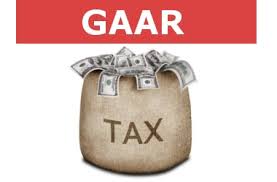 It is formulated based on the principle; “substance over form”[1]. Even though this is a recent development, the foundation for this provision was laid out in the year 2009 under the Direct Tax Code Bill. Chapter X-A of the Income Tax Act, 1961 stipulates the provision for GAAR in India. This proviso authorizes the revenue officials to proclaim an agreement as “impermissible avoidance arrangement,’ if the sole impetus for the agreement was to procure ‘tax benefit’[2]. Notwithstanding the fact that GAAR was introduced to the Indian tax regime to fight the plague i.e. tax avoidance, it has caused acute anxiety amongst taxpayers. Through this paper I aim to add girth to my opinion that; codification of GAAR is not a welcoming step as it is an ill-thought-out provision and remains ambiguous in the Indian legislation, leaving vast space for interpretation thereby creating enormous uncertainty and legal havoc.

I assert that Section 95 of the Income Tax Act, 1961 is modulated to provide GAAR an “overriding effect” over other provisions set down in tax law. This section sanctions the superiority in the application of GAAR over any other provision pertaining to tax avoidance. The extent of the ascendancy of GAAR over other anti-tax avoidance laws is that even when other provisions, for example, unanimously connote the aggregate amount of tax due to be rupees forty but in the instance that the tax authorities find the agreement to be ‘impermissible’ and levies an amount of rupees eighty, then, the ultimate amount to be paid as tax by the individual will substantially be rupees eighty and not rupees forty. Apart from the other tax provisions, GAAR overrides tax treaties as well[3]. This overriding nature of GAAR can be further studied via its extent of application as an inescapable tax trap. The provision in question is designed to be tightly bound and draconian, that for GAAR to apply; an arrangement merely needs to have just one portion which deems to be impermissible which in return will make the totality of the arrangement to be determined as availing the label “impermissible avoidance arrangement”[4]. Therefore we can rightly affirm the fact that there is no harmony between Chapter X-A and the other provisions of the Income Tax Act, 1961.

I strongly believe that the extensive authority and power bestowed upon the tax officials will result in them making decisions that are inevitably arbitrary and unilateral[5]. Quite similar to the South African version of GAAR, it is the Commissioner of Income Tax (CIT) that has the unbridled prerogative to inspect and analyze economic agreements and business transactions in order to deduce whether it falls within the category of impermissible avoidance agreement. Once the declaration is made against their favor, the parties to the agreement will be made devoid of the tax benefits they otherwise are privy to. GAAR furnishes ostensive authority to the revenue officials to classify agreements and transactions or even reclassify the profit accrued from the said transactions with the intent to make it taxable. This will have a heavy toll on the affected businesses as it will lead to a decrease in the profit accrued and can even result in belittling the rationale behind the deal due to portraying it to be bigger than it is. Another drawback that directly flows from this unaccounted impartation of power is that the biased outcome will result in tax litigation going off the charts[6]. From the above, it can be extrapolated that in the name of waging a battle against tax avoidance, the government has provided tax officers with over the top discretionary powers that are torturous.

I firmly insist that the foundational presumption of GAAR, which is that acquiring a “tax benefit” is the ultimate goal of an arrangement, was crafted to make procuring them next to impossible. The onus of proving the presumption wrong is kept on the shoulders of the taxpayer. This flawed presumption is accredited by law within Section 96 (2) of the Income Tax Act, 1961. There are four conditions that will determine whether an agreement attracts the provision of GAAR. These are; ‘if an arrangement leads to certain obligations between parties which are otherwise not created if the deals were made at arm’s length, taking advantage of the loopholes in tax provisions, lacks commercial substance or in the case where the arrangement lacks bonafide intentions’. At the instance of even one section of arrangement is found to be attracting GAAR, the entire transaction will draw the provision[7]. A survey of several developed countries shows that none of them has adopted such a drastic take on the incorporation of GAAR into their tax regime. The discretionary powers in the hands of tax officials have made the water so muddy thereby preventing profitable business ventures from kick-starting. The last thing that a business person needs in an already uncertain field of work is to depend upon an erratic tax law system like GAAR. It is only logical to enter into an agreement with one of the purpose being garnering tax benefits, so in this regard, it is an erroneous exploitation of power on the behalf of the tax officials to assume that the only aim of an agreement is attaining tax benefits by completely disregarding the main purpose of that agreement[8].

I argue that the unbridled powers vested in the hands of tax officials deprive the general taxpayers of their deserving tax benefits by employing the concept of “commercial substance” Within the ambit of GAAR a transaction or an agreement will be declared as deprived of a commercial substance if the transaction or agreement has mentioned within it a location or residence of a party involved unless for a commercial reason[9]. This is so because; tax officials will otherwise interpret it as a ploy of the parties to accrue tax benefits. For instance, Tarushi wants to start a business enterprise in a rural area with the hope of procuring some tax benefits. The revenue officials using their arbitrary powers can negate her main business purpose and deprive her of the tax benefits by stating there is no commercial substance involved in the arrangement and the aim of Tarushi is to deceive the officials into providing her tax benefits[10].

I sternly allege that GAAR has lost the trust of foreign investors. Under GAAR requests for exemptions in regard to capital, transactions were denied. This does not provide an incentive for foreign investors to choose India for making investments. The foreign institutional investor’s community in India had to face a backlash due to the failure of the stock market post the selling of shares by investors[11]. Furthermore, the ambiguous nature of the new regime in India has given the revenue officials the sanction to set a legal tax trap for anyone. Another fear that has taken over the FII community is the thought of the tax benefits they enjoy because of the Indo-Mauritius Treaty being denied. The foreign institutional investor confidence will be lost unless the government manages to apply GAAR only in the rarest of cases. The government can achieve this goal by employing the principles of Specific Anti-Avoidance Rules (SAAR) and Limitation of Benefits (LOBs) wherever it is deemed to be necessary. This change in tax regime is proven to be “bad for the Indian economy, bad for Indian corporate, bad for Indian capital markets”[12].

In conclusion, I am of the opinion that the codification of GAAR is a mistake that can cost the Indian tax regime heavily. The provisions pertaining to GAAR opens a Pandora’s Box as it is riddled with uncertainty and several legal havocs[13]. This sweeping tax legislation has given rise to fundamental flaws and gaps. Revenue officials have been given the discretionary powers to interpret these loose laws to make arbitrary decisions that will take a huge toll on India’s relation with the Foreign Institutional Investors community along with the local entrepreneurs. The “substance over form” principle at the end of the day does not deem to be a prudent, economic decision to have partaken. Furthermore, it is to be duly noted that a form of the doctrine is installed in our law already while deciding over pertinent matters. GAAR used this doctrine to empower revenue officials with unlimited power so they can wave their wands and make anything and everything falls under the category of tax avoidance.