Susan Scafidi in her book, “Who owns Culture?’, while trying to establish the relationship between traditional cultural expressions and intellectual property draws an analogy. The world was remarkably compared to a stage by Shakespeare, who went on to equate the inhabitants to players. In her book, Scafidi states that if Shakespeare had been a contemporary artist, he would have instead pictured immersive installation of arts with constant visitorsand would have definitely been conscious of the fact that he should at least express his gratitude towards the people who had designed the stage and costumes. 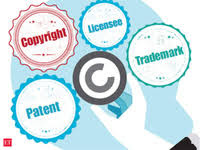 However, the same gratitude has been denied to many inhabitants in today’s world. Majority of these inhabitants are the indigenous communities whose efforts and creative works contribute enormously to the cultural heritage of the country, growth and development of medicinal and technological fields. The culture of these traditional communities has played a major role in the social evolution of the mankind.
However, as per the IUCN Inter-Commission Task Force’s report, the cultures of these indigenous communities are dying out more rapidly than the inhabitants aligned to them. Globalization has led to the commercial exploitation of their art, folklore, medicinal expertise, et cetera on an unparalleled degree.Although the term folklore has not been defined in any legal instrument, efforts to define it have been made by the WIPO and UNESCO in their model provisions. These attempts have crystallised into a broad definition ofthe term ‘expressions of folklore’ as, “characteristic elements of the traditional artistic heritage developed and maintained by a community”– which expressions include folk tales, folk songs and music.

In this era of Globalization, one can easily find in the market, music records by the companies or dance performances by the artists, carpets or t-shirts with traditional art, being distributed as original products by various companies without any gratitude or economic benefit to the communities which are the original creators of these arts, musical instruments or songs. This commercial exploitation has led to a devastating effect on the indigenous people.However, the protection of the folklore expressions is commonly debated because of its inherent nature and intricacies associated with it. One of the accommodative fields of law under which they can be guaranteed protection is the intellectual property regime.

Now the question that arises is under which branch of the intellectual property law should the protection be granted? The author believes that copyright protection is the most suitable to protect the folklore expressions in comparison to other forms of protection available in form of trademark or geographical indications.Even though the trademark law can grant protection to the traditional cultural expressions, however such protection would only be limited. One of the reasons beings that the indigenous communities are unlikely to register the trademark in goods and services which are not related to “general area of their folkloric activity”. For example, a certification mark, registered for products like pottery, sculptures, instruments, et cetera may not have been registered for completely unrelated equipments like vehicles or machinery. The use of the trademark can only grant protection in the concerned activities or products and do not extend to all the sectors which are not related to the folkloric activity of these communities.Further, trademark or geographical indications would require compliance to various formalities and procedures related to registration and payment of required fees. However, this process would prove to be daunting task owing to the lack of awareness on the part of indigenous communities.Contrary to this, traditional expressions can be easily protected under copyright law; folk dances, tales, drama as literary work; folk paintings, designs, sculptures, pottery, et cetera as artistic works; folk music and songs as musical works; and even as cinematograph film or sound recording. However, some scholars argue that such a protection serves only a limited purpose owing to various requirements such as defined ownership, originality, fixation, limited duration and identifiable authorship.

The author believes that even though, there exists incompatibility between the criteria which needs to be fulfilled for copyright protection and nature of folklore, it is still the most suitable way out, until there comes into existence a uniform sui-generis system. However, substantial amendments need to be made to the statutory legislations to adapt it to the nature of folklore expressions in order to protect them effectively. The proponents of sui-generis system advocates that amending laws would not be sufficient because the intellectual property laws strive to protect the individual and economic rights and not the cultural or communal rights.However, the development of another system to grant protection would lead to wastage of resources which most countries, especially the non-developed ones may not be able to afford. Further, the copyright law in place of sui-generis system would ensure uniformity in the means of protecting the folklore expressions worldwide. Therefore, required changes should be made to the copyright laws to make it suitable for the protection of folkloric expressions.

A major requirement under copyright law is the originality of the work. The Supreme Court of India in Eastern Book Company v. D.B. Modak, has interpreted the term ‘originality’ to mean uncopied work which comes into existence from the imagination of the author and is the product of author’s skill and judgement. However, in case of folklore expression, any work or art originates as a result of association of people with their culture and community itself and therefore, a single person cannot be assigned the authorship or regarded as a creator of the work. When it comes to folklore expressions, originality of the work should not be defined as intellectual labour of one person because in traditional communities a single member cannot be credited with the creation of folklore. One need to be cautious to not misunderstand originality with novelty.A work should be considered as copyrightable if it involves some degree of intellectual effort. That’s why even the modern art or designs which has been made after taking inspiration from the existing work has been granted copyrights. Therefore, it would not be wrong to construe that traditional cultural expressions are sufficiently original so as to deserve protection under copyright law because as these communities evolves, at least some new expressions are added to the traditional art. Even though, the standard of creativity in the folkloric expressions is low, but it is sufficient to pass the originality test as required by the law. However, this liberal construction faces one problem which is that, any person who is not even a member of the indigenous community can add new elements to the traditional art and can claim copyright over this art. This may not be acceptable to the community who wishes to keep its folklore within their boundaries and want to restrict others from enjoying the copyright over the work derived from community’s folklore.

Another limitation of the copyright law is the requirement of identifiable author. If the author or copyright owner of an Indian work cannot be found or is dead, any person can apply for license for publishing such work. This principle has been embodied in the section 31A of the Indian Copyright Act, 1957, which provides for compulsory licensing in such works. In fact many developed nations advocate that one of the basis of copyright protection is the identification of the creator of the work, whereas the traditional cultural expressions are differentiated from others on account of the anonymity of the originator. If this argument is accepted, most of the folklore expressions would be left unprotected. It would be troublesome to find an individual claiming authorship of the work because all the works of an individual are taken up as the product of the community and continuously evolved through re-creation.Further; the element of absolute ownership in the copyright law is inconsistent with the customs of indigenous communities. The concept of property or individual ownership is contradictory to their communal and collective values. This aspect of copyright law cannot be satisfied in majority of the folklore expressions.

In such a case, Article 15(4) of the Berne Convention comes as relief which states that in case the author of a work is unknown, states should designate an authority which shall represent and protect the rights of the author. India, in pursuance of Article 15(4) has declared ‘Registrar of the Copyrights of India’ as such authority for the protection of folkloric expressions. Further, the copyright law can also be amended to waive the identifiable author requirement in cases of folklore expressions. Similarly, for the ownership requirement, the government should designate an organization, public or private, to represent the interest of the community. This organization shall be entrusted with the responsibility of collecting the royalties and to defend other socio-legal-economic interest of the ethnic communities.

Further, a major problem also arises due to the fixation requirement. There are some folklore expressions which are not in a material or fixed form and are commonly handed down from one generation to another in the oral form. This requirement excludes the oral expression of folklore from the protection. To overcome this requirement, the copyright act should be amended to allow protection to the intangible expressions. The South Africa’s Copyright Act, 1978 provides that copyright protection can be granted if ‘it has been written down, recorded, represented in digital data or signals, or otherwise reduced to a material form or is capable of substantiation from the collective memory of the relevant indigenous community.’ The phrase “substantiation from the collective memory” recognizes the oral or non-tangible nature of the folkloric expressions and is therefore intended to eliminate the need for materiality or fixation requirement for copyright protection. The similar amendment can be made to the Indian Copyright Act to remove the obstacle of fixation.

Another problem is posed by the finite duration of the copyright protection. The rationale behind the limited period of protection is that after passing of this period, the work would be freely available in the public domain. However, the limited protection of folklore expressions does not go a long way in preserving the culture of indigenous communities who wants indefinite protection for their cultural expressions. Further, the date of the creation of the work cannot be determined with certainty as folklore are inter-generational and evolves continuously.

Although the Indian Copyright Act grants protection only for a period of 60 years after the death of the author, the international intellectual property law regime does not impose any such limitation and indefinite protection can be granted under the international legal instruments like Berne Convention. Although it is possible to grant infinite protection to the folklore expressions, as has been done by Sri Lanka and Republic of Congo, but the rationale behind protection for limited duration needs to be kept in mind, so that the folklore expressions are available for the societal growth and development after a period of time. Therefore, harmonious balance must be maintained between the need to extend perpetual protection to these expressions and ensuring a ‘non-absolute protection framework’ to enable the development of the society as whole.

Therefore, in India, all the indigenous communities should be identified and their folklore expressions should be maintained under a central depository system. A competent authority should be given the responsibility of penalising the people who commercially exploits the interest of the indigenous community in an illegal manner. Besides all these measures, each individual should take the responsibility of preserving the traditional heritage and prevent its ruthless commercialisation just to satisfy the bellies of the exploiters.
Image Source
Author: Shivani Choudhary,WBNUJS, Kolkata