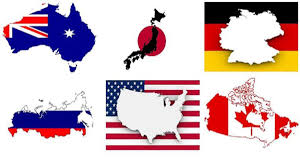 Indian constitution which is the supreme law of the country was adopted on 26th November 1949 after the continuous struggle and efforts of almost 3years. But the legal enforcement of the same took 2 more months, which we are celebrating as the Republic Day that is on 26th January 1950. The reference made to more than 60 country’s constitution made Indian Constitution the lengthiest, precise, and sum total of laws which is necessary for proper guidance of a country. Indian Constitution which upholds the principles of equality, fraternity, secularism etc. are often considered as bag of borrowings due to adoption of provisions of various other countries. But the Indian Constitution clearly indicates that, it’s not mere a copying and something beyond that.

[1]M. N. Roy was the person who first proposed the idea of Constituent Assembly in 1934, this idea became the official demand of National Congress in 1935. In August, 1940 British government accepted the demand of Constituent Assembly based on adult franchise which was demanded by C. Rajagopalachari. 93 representatives of princely state and 292 representative of the state constituted the assembly. On 9th December 1946 the assembly met for the first time. Based on the references from other nation B.N. Rau created the initial draft where the chairman of committee B. R. Ambedkar prepared a detailed draft.[2] Later 22 committees including 8 major and rest minor were organized for the drafting.[3] Jawaharlal Nehru on 13th December 1946 presented ‘Objective Resolution’ laying principle of constitution which later became preamble. Constitution of India was passed in 26th November 1949 and on 1950 January 26 the Constitution of India came to force. This was after the continuous struggle of 2years, 11 months, and 18 days.

A journey from Britain to India

India is a country which stands out for diversities and secularist nature. Single citizenship which is adopted from Britain Constitution that is from the United Kingdom helps to keep the citizen of country united despite of cultural and regional differences. Federations usually has double citizenship but India doesn’t has citizenship related to the states but only one which relates to the country.[4] Part 2 of Indian Constitution which is Article 5-11 confers the citizenship.

[5]The makers of Indian constitution adopted the Parliamentary form of governmentwhich is also known as Responsible Government from the British. In fact even the system which where prevalent in the country during pre-independence was quite similar to the British model. This system prevails in both center which is under Article 74, 75and state level under Articles 163, 164 which shows the responsibility and relation between legislature and executive. Here the Prime Minister along with cabinet has the real powers while the President has only ceremonial powers.

Rule of Law which is adopted from the British Jurisprudence propounds the supremacy of law that is the person who administers the laws are also governed by these laws. This concept is enshrined in Article 14 of Indian Constitution and [6]Article 7 of UDHR. The basic principle behind it is equality before law, the supreme authority is the constitution and everyone must be treated equally in front of it.

The concept of Prerogative writs adopted from Britain, which are the official orders by the court in form of warrant, direction, command, and order. Writs are issued by Supreme Court under Article 32 and under Article 226 in the High Court. The writs are of 5 types which are Habeas corpus which protect life and liberty of person illegally detained. Mandamus is a command from higher to lower authority to perform the duty imposed on them. Prohibition prevents the authority from exercising powers in excess jurisdiction.Certiorari is used by higher courts to keep the lower within the limits. Quo Warranto is the authority to ask the holder of an office on what authority they are holding it.

Directive Principlesof State Policy is adopted from Irish Constitution of 1937. Part 4 of Indian Constitution that is Article 36-51 deals with it. These are rights which are non-justiciable. These are the ideologies which should be kept in mind by the states when it formulates policies and enact laws.[7] Even though the concept is adopted from Irish Constitution, the Indian Constitution classified their contents as Socialistic, Gandhian and Liberal-Intellectual Principles. Similarly the Constitution of Ireland, 1937 contain article 45 which is regarding the Directive Principles of Social Policy from where India adopted the same.

Article 54 of Indian Constitution laid down the provisions related to election of president which is adopted from the Constitution of Ireland. President is the first citizen of the country. The election, impeachment, functions of president are provided from Article 52-62. President are elected through indirect method by an Electoral College which has elected representatives of central and state.[8]Article 12-14 of Irish constitution 1937 gives the powers and duties of president from where India adopted the same.
The nomination of 12 members out of 250 members of rajya sabha can be done by president of India under Article 80 of Indian Constitution and this contribution is usually based on the contribution of these members in field of science, literature, arts etc.

Judicial review is one of the distinctive powers to the Supreme Court which is enshrined in the American Constitution. This provides the Supreme Court to review the laws and actions of congress in order to check whether it’s constitutional or not. This is to balance the three branches of federal government, which is the doctrine of check and balance. In 1803 Supreme Court established this power through [10]Marbury v. Madison case. This power is adopted by the Indian Constitution. In India this power of review has[11] three aspects which is the judicial review of legislative action, judicial review for the decisions of judiciary and the review on administrative actions.
Under Article 13 of Indian Constitution in fundamental rights in part 3 the compulsion of judicial review was described. The appliance of right procedure and proper laws is the basic concern behind the judicial review in India. It also acts as the protection to constitution when the three organs try to harm it.