As we can see that mal- nutrition is the main problem we are facing nowadays. There are several reasons for mal- nutrition. Some of them are poverty, marriage of girls before the prescribed age. Therefore, in its bid to fight mal- nutrition, the Prime Minister of India, Mr Narendra Modi in his speech on the occasion of 74th Independence Day i.e., It was announced that the central government has set up a committee to reconsider the minimum age of marriage for women which is currently 18 years (1)as per the Indian Majority Act 1875 (2) on 15th of August. 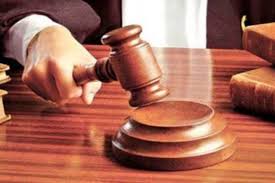 According to the law prescribed, minimum age of marriage to essentially outlaw child marriages and prevent the abuse of minors. There are some personal religions of the various religion that deal with marriage have their own standards, often reflecting custom.

It is also there that sexual intercourse with a minor is rape, and the ‘consent’ of a minor is regarded as invalid since she is deemed incapable of giving consent at that age.

How does the Law deals with? How did the law evolve?

In the Indian Penal Code it was enacted in 1860 that it is criminal if there is sexual intercourse with a girl below the age of 10. The amendment of rape provision was done in 1927 through The Age of Consent Bill, 1927(8), which declared that marriage with a girl under 12 would be invalid. It was like that the opposition was faced by the law from conservative leaders of the Indian National Movement, who saw the British intervention as an attack on Hindu customs.

According to the legal framework for the age of marriage was started as a consent in the 1880s.
Distinguished Legal Age of girl and boy: There is no reasoning in the law for having different legal standards of age for men and women to marry. These laws are as a codification of custom and religious practices. As the law is being challenged on the grounds of discrimination.

Such a law violates Articles 14 (9) and 21(10) of the Constitution, which guarantee the right to equality and the right to live with dignity.

What is the Committee all about?

It was proposed in the Union Budget 2020-21. The Union Ministry for Women and Child Development set up a committee to examine matters pertaining to age of motherhood, imperatives of lowering Maternal Mortality the improvement and ratio of nutritional levels among women on 2nd of June 2020. The Committee is headed by Jaya Jaitely. There is a correlation examined the age of marriage and motherhood with health, medical well-being, and nutritional status of the mother and neonate, infant or child, during pregnancy, birth and thereafter.
Some data are taken in manner like Infant Mortality Rate (IMR), Maternal Mortality Rate (MMR), Total Fertility Rate (TFR), Sex Ratio at Birth (SRB) and Child Sex Ratio (CSR), and possibility of increasing the age of marriage for women from the present 18 years to 21 years.

What the study says?

A study conducted by the International Food Policy Research Institute (IFPRI) (11) in The Lancet Child and Adolescent Health(12) that was published in 2019, showed that children born by the women who are adolescence (10-19 years) were 5 percentage points more likely to be stunted (shorter for their age) those who are (20-24 years), and 11 percentage points more stunted than babies born by the women (25 years or older).

· Babies who are born to adolescent mothers also had 10 percentage points higher prevalence of low weight as adult mothers.

· Other factors were highlighted such as lower education among teenage mothers and their poor economic status, which had the strongest links with a child’s height and weight measurements.

· The girl’s education is a promising approach to improve maternal and child nutrition.

· UNICEF estimates suggest that each year, at least 1.5 million(13)girls under the age of 18 are married in India, which makes the country home to the largest number of the girls who are minor brides — accounting for a third of the global total.
Why is the law being relooked at?

There are risks with gender neutrality, early pregnancy among women, there are many arguments in favour of increasing the minimum age of marriage of women. If pregnancy takes place in too much small age it is associated with increased child mortality rates and affects the health of the mother.

It was sought by the Delhi High Court by the last year that the central government’s response in a plea that sought a uniform age for marriage for men and women. Advocate and Bharatiya Janata Party spokesperson Ashwini Kumar Upadhyaya filed a PIL in the court.

Arguments against increasing the marriage age for women :

The National Coalition Advocating (14) for Adolescent Concerns on behalf of 21 NGOs in its submission to the Task Force last month asserted that increasing the legal age of marriage for girls will enable to expand the numbers of married persons deemed underage and criminalise them and render underage married girls without legal protection. It is being said that for awareness about safe sex, access to reproductive health information, improving access to education, and retaining girls in the education system so they can enable the transition from elementary to secondary education, and beyond which can then delay marriage. It was mentioned that bringing education for three-to-five years-old and 15-to-18 years under the Right to Education, instead of confining the law to children between six years to 14 years.

Factors by which the law was challenged:

In this particular case Upadhyaya, the petitioner, had challenged the law on the grounds of discrimination. He made an argument that the articles like 14 and 21 of the constitution, which guarantee the right to equality and the right to live with dignity, were violated by having different legal ages for men and women to marry.

There is the significant ruling of Supreme Court that may be acted as precedents to support the petitioner’s claim. These are:

· In 2014, in the ‘National Legal Services Authority of India v Union of India(15) case, the Supreme Court, while recognising transgenders as the third gender, said that justice is delivered with the “ concept that the human should be treated equally, so, be treated as equal, as well as by equal laws made for all the humans.

How much child marriages are prevalent in India?

The United Nations Population Fund (UNFPA)(17) published a report on July 2 said that while child marriages were almost universally banned.
According to an estimation by 2030, another 150 million girls under the age of 18 will be married. In India have the advances contributed to a 50 per cent decline in child marriage in South Asia—to 30 per cent in 2018, the region still accounts for the marriages which takes place in largest number, estimated at 4.1 million in 2017, the report said.
According to an analysis in India the child marriage data show that among girls married by age 18, 46 per cent were also in the lowest income bracket.

The estimation was, made by UNICEF(18) , at least 1.5 million girls under the age of 18 are married in India, which makes the country home a very big number of child brides — accounting for a third of the global total. About 16 per cent adolescent girls aged 15-19 are married. Further India is a state party to the Convention on the Elimination of All Forms of Discrimination against Women, 1979(19).
The Committee on the Elimination of Discrimination against Women (CEDAW)(20), which monitors the implementation of the Convention, calls for the abolition of laws that assume women have a different physical or intellectual rate of growth than men. It was noted that despite laws mandating minimum age and criminalising sexual intercourse with a minor, child marriages are very prevalent in the country.

Last but not the least it can be concluded that early pregnancy is mainly associated with increased mortality rates and also early pregnancy affects the health of the mother too.
Therefore, there is a need to focus more on mother’s health in order to feed her children.
The government of India needs to lay emphasize more upon economic and social empowerment of women and girls and organise campaigns to spread awareness. Increasing the minimum age of marriage of women will also lead to gender neutrality and will not violate right to equality.

the article 14 of the constitution says that “The State shall not deny to any person equality before the law or the equal protection of the laws within the territory of India.”

9) The article 21 of the constitution says that Protection of life and personal liberty if No person shall be deprived of his life or personal liberty except according to procedure established by law.

19) www.indianexpress.com
Image Credits
This blog is authored by- Aradhaya Singh

1 thought on “Increasing the age of marriage for women”