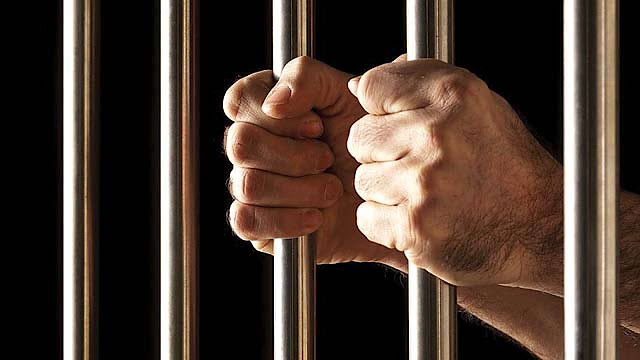 A debate which has seen rising interest from the general-public in recent times, a question which often arises and a topic which has seen politicization in recent years, does imprisonment and a stricter penal system in a country lead to a safer society? In this blog, I shall seek to understand the main motives behind both imprisonment and rehabilitation, and draw up a conclusion with my personal opinions.

So what is the purpose of imprisonment?

The tradition motive of state sponsored punitive action such as imprisonment is to deprive those who violate the law their civil liberties in order to protect society and reduce crime in society. However, such punitive actions are only of value when those who have been imprisoned are able to reintegrate with society once they are done serving their time in prison. Them being able to live a life as a law-abiding citizen should be imperative. [1]

A question which then arises is how often are those who have been imprisoned able to reintegrate with society and follow a law-abiding path for the rest of their life?

To understand reintegration, we must look at the concept of recidivism. Recidivism is a concept in criminology that can be simply defined as the tendency or habit of relapsing to a specific type of behavior, with criminal behavior being the most prominent. [2]

Now if we consider rates of recidivism in certain countries,

According to a Pew Centre survey carried out in 2011, the rate of recidivism in the US was at 43%. Meanwhile, for drug related offences, the recidivism rate was clocked at 51% in the US. In the United Kingdom, roughly 75% of former inmates reoffended within 9 years of release. The rate in Norway is about 20% and in India, it’s at 3%. [3] [4][5]

How can recidivism be reduced?

The following are ways rates of recidivism can be reduced-

1.      Building a relationship of trust- Building trust between the wrongdoer and the adjudicator, their lawyer, probation specialist, advisor, and different partners, as per a National Institutes of Corrections can be a critical component of modifying the defendant’s conduct. Building relationships and exhibiting an interest in the defendant’s capacity to succeed might help the defendant feel less hopeless and ambivalent about the process. It also encourages individuals to participate actively in the procedures, which may increase their prospects of avoiding jail in the future.

2.      Early evaluation of risks- Staff workers in jails and prisons may more effectively construct a rehabilitation program that helps each offender prepare for release by identifying who is at risk and generating a specific needs assessment profile. At the federal and state levels, this form of early evaluation has been proposed. The Illinois Community Safety and Reentry Commission suggested that every detainee goes through a “Gathering, Assessment, and Classification” period during which their dangers and necessities would be assessed, and a customized reemergence program would be created.

3.      Education opportunities- Opportunities where inmates can learn new skills and improve on existing ones has indicated to have greatly reduce rates of recidivism. Even very basic education, such as adult literacy and basic skills, can reduce recidivism dramatically. Allowing prisoners to complete their high school degrees, learn a trade or technical skill, and pursue post-secondary education possibilities while jailed can also significantly reduce recidivism. In a meta-analysis of inmates in 2013, it was shown that education opportunities reduced recidivism by as much as 43% among inmates.

4.      Improving substance abuse treatment- While education is a popular and effective method of lowering recidivism, boosting inmate drug addiction treatment is also a viable option. Recidivism is reduced most effectively through substance addiction treatment programs. Recidivism rates for these offenders are lowered by double digits when compared to the general prison population, whether treatment takes the form of a deferred sentence while the defendant is in inpatient drug treatment or intensive treatment while in jail. [6]

Meaning and purpose behind Rehabilitation-

As per the Merriam Webster Dictionary, rehabilitation is “restoration especially by therapeutic means to an improved condition of physical function, the process of restoring someone (such as a criminal) to a useful and constructive place in society.” [7]

As per a survey conducted by the National Institute of Justice, the recidivism rates amongst offenders dropped when rehabilitated. The analysis found that successful programmes with group work (structured by protocol or psychoeducational content), cognitive-behavioural therapy (CBT) or CBT-like components, counselling, or drug court or other specialised court models were “associated with a statistically significant reduction in recidivism.” [8]

As per the Department of Justice (DoJ) in the United States,

“The Federal Bureau of Prisons is undertaking sweeping reforms designed to reduce recidivism and strengthen public safety.  By focusing on evidence-based rehabilitation strategies, these reforms touch virtually every aspect of the federal prison system, from an inmate’s initial intake to his or her return to the community.  The reforms are targeted to address the core behavioural issues that result in criminality, with the goal of reducing the likelihood that inmates re-offend either while incarcerated or after their release.  In doing so, the Bureau is creating safer prisons and safer streets, underscoring the Justice Department’s philosophy that one of the best ways to prevent crime is by reducing recidivism.” [9]

To rehabilitate or to imprison?

In the United States, rehabilitation used to be a key focus amongst prisons up till the mid 1970s, when a new “get tough on crime” gained traction. An increase in the number of inmates, lack of skill building and recreational opportunities and failing infrastructure has left a number of inmates with no or very few opportunities during and after their sentence. The United States has roughly 2 million people imprisoned. As per estimates by the Department of Justice, 15 to 20% of inmates in the United States are mentally ill. Until recently, the plight of those mentally ill and incarcerated was virtually ignored.

An experiment, known as the Stanford Prison Experiment, authored in 1973, showed that even the psychologically healthy inmates would face deterioration of their mental state in a prison-like environment. They were shown to have become sadistic or depressed. The research had shown that prisoners would often experience high levels of anxiety, depression, and a surge of negative emotions.

Furthermore, when inmates were released without any prior “decompression” or readjustment period, having few occupational and social skills, they would often face difficulties adjusting to regular civilian life and society. [10]

Imprisonment does not necessarily lead to a safer society as reduction of repeat offences isn’t the primary motive of imprisonment, rather it’s the deprivation of civil liberties of the offender. As society progressed, as we modernized, saw changes in social and moral values, as our system of governance evolved, we have seen an evolution of the justice system in society. It is thus imperative that for a safer society and healthier society, focus on rehabilitation of offenders is given greater importance as opposed to mere imprisonment.

Imprisonment not only does not effectively tackle the issue of recidivism, it’s negative impacts on the mental health of inmates is often ignored. Mental health as a topic has seen growing importance in society, so if ordinary civilians can enjoy benefits associated to improving their mental health, why must prisoners be deprived of this benefit?

[9] The United States Department of Justice, https://www.justice.gov/archives/prison-reform, (28th may, 2021)

6 thoughts on “Imprisonment as a Measure to a Safer Society: A Critical Analysis”