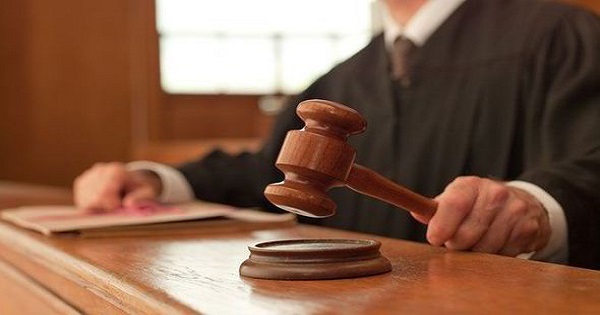 Lien is recognized as a remedy and is taken into consideration as a right. The foremost purpose of the contract of lien was that it had been not between the parties and also the party had its rights because it absolutely was imposed law by the common law courts.

Lien is that the proper to detain the possession of another person’s property till the person meets strain of the person in possession. The demand is also any- performing an obligation and paying a due sum of money. When there was further progress in trade and commerce, the Court observed that leaving such remedies freely can cause all and varied recklessly holding on to whatever he had. And as a result, it can hamper trade and commerce.

The Honorable Supreme Court explained the character of the right of Lien by stating that “Lien in its elementary sense could also be a right of a private to retain the possession of products until the strain of the possessor is satisfied.”

In the Judgment of Diplock in Tappenden V. Artus, the character of Lien is described. There is one of the rights that Bailee has i.e. Right of Lien.

WHAT IS THE IMPORTANCE OF LIEN?

Lien is that the right to retain the possession of another person’s property till the person meets the stress of the person in possession. Lien had the remedy and it had been recognized as a right. The idea of the contract of lien was that it absolutely was not between the parties, and also the party had its rights because it absolutely was imposed law by the common law courts.

Lien is a term that means “to retain the possession of some goods [[i]]”.The right of lien is one of the rights of an unpaid seller against the goods the property is transferred to the buyer. Lien can only be exercised when the price of the goods is not paid not for any other charges due against the buyer. The rights can only be employed on the attainment of the following conditions:

1.      The goods must be in the possession of an unpaid seller.

The right of a lien subsists only for the cost of stock as explicitly put in Section 46(1) (a) as held in the case of Transport & General Credit Corp. v. Morgan[[iii]]the rights completely depend upon the statutory provisions and not upon any equitable consideration

There are two types of lien which are as follows:

In a Particular lien, the person reserves the correct to retain the possession of the products until the costs due in respect of the property are paid.

In the General lien, the person features a right to retain the possession for the payment of the sum which is owed and whether or not the payment isn’t connected with the property in possession

The right of “General Lien”, as provided in sec 171, means the proper to carry the products bailed as security for a general balance of the account. Lien allows a bailee to keep any goods bailed to him for any amount given to him whether in respect of those goods or the other goods.

For Example, Two securities are given to a banker, but a loan has been taken only against one amongst them, the banker may detain both securities until his dues are paid. Under  general terms of a trade, a number of imported meats was stored with a warehouse keeper, it has been given that he has a right to keep meat under his custody due in respect of other good [[iv]].

General lien: Bankers, factors, Wharfingers, attorneys of the supreme court and policy brokers may, in the truancy of any particular contract to the contrary, keep as collateral for a general balance of the account, any goods bailed to them; but no other persons have a right to retain, as security for such balance, goods bailed to them unless there’s express consent thereto effect.

In a case of Rushforth v. Hadfield, particular carrier goods made an attempt to mention a lien on rock bottom for its usage of practice for trade and commerce. He carefully noted that there is an obstacle within the case of a lien when there is a case of insolvency. During this particular case, it had been also noted that lien causes a superb deal of inconvenience when it involves the generality of the traders because they supply many advantages to certain individuals, a special privilege who claim to possess the special privilege against the body of the creditors instead of coming with them for the sake of insolvent of the state.

The right of a general lien is a benefit and is particularly given by Section 171 on certain kinds of bailee only. They are:

We will discuss all the above-mentioned rights of the general lien in detail.

1.      BANKERS:The final lien of bankers, as judicially recognized and restrained in Section 171, attaches to all or any goods and securities deposited with them as bankers by customers or by a 3rd person on a customer’s account, provided there’s no contract, express, or implied, inconsistent with such lien[[v]]. The Supreme Courtcited the subsequent passage from CHALMERS ON BILLS OF EXCHANGE [[vi]]on the concept of banker’s lien: “A bankers’ lien on negotiable securities has been judicially defined as ‘implied pledge’.

2.      FACTORS: The word “Factors” in India, as in England, means an agent entrusted with possession of goods for the purpose of selling them for his principle[[vii]]. He has a general lien on the stocks of his principal for his balance of the account. Thus where a motor car was delivered for sale, he was entitled to retain the car until his charges were paid [[viii]].

3.      WHARFINGERS: “Wharf means a place adjoining to water, pre-owned for the motive of loading and unloading goods, and over which the goods pass in loading and unloading. The primary idea is that it is a place used, not for storing goods, but in the process of transit to or from water.” “The fact that a manufacturer has a wharf upon which he receives goods brought to him by customers, does not entitle him to claim lien as wharfinger upon such goods [[ix]].”

4.      ATTORNEY OF HIGH COURT: The attorney or a solicitor also reserves a right of general lien when it comes to his payment of fees for the services which he has rendered. It is mentioned in the landmark case of R.D Saxena v Balram by The Supreme Court that no right will be given to the advocate’s paper over the fee which is unpaid.

5.     POLICY BROKERS: A Policy Broker is an insurance agent who is employed to effect a policy of marine insurance. His lien extends to any balance on any insurance account due to him from the person who employed him to affect the policy. A right is given to the insurance agent with respect to a general lien.

Lien is one in each of the rights available to someone to retain possession of products owned by another person until the assertion of the person having the control is satisfied. Under the Indian Contract Act, 1872 the bailee is unengaged to employ or operate the correct of Lien during a Contract of bailment.

Basically, if there’s a general operator who is seeking to exercise a lien so resolve to determine the matter through something which is potentially difficult as a matter of economic negotiations to a successful conclusion. A lien may be subjected to an outsized number of risks, but behind these risks liens actually continue huge assistance and support to operators.