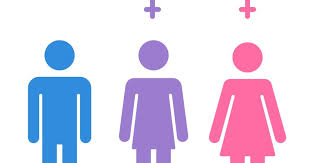 Women have been considered as the subject of domination, marginalization, cruelty, sexual abuse and violence since time immemorial. To protect the dignity, integrity, modesty and ensure equality various legislations have been formulated with the sands of time. This has been considered as the remarkable developments in the legal systems around the globe but does that lead to the proving of the untrue hypothesis that subjection of men to sexual offences is a myth? In the era of the equality, marginalization of men and nescience even about the existence and evil called the rape of men is unlike to the constant.

The development of rape laws has travelled the long journey to reach the point of its current standing and there is still “far distant” journey to be travelled to reach the equilibrium point of equality i.e. gender-neutral rape laws. The agenda of the Indian Women’s movement in the 1980s was for the reformation in the prevalent rape laws. After the landmark Mathura Rape case law in the history which allured the criticism because of the vague interpretation about the term “consent” lead to the open letter to the chief justice of India demanding for the shift of the burden of proof from victim to accused, to hold the in-camera proceedings off the rape victims, to not disclose the name of the victim and not to ponder questions in the cross examination about the sexual history of the victim.

This lead to noteworthy amendments in the rape laws. In the Criminal Law (Amendment) Act, 1983[i]provided for the provision of in-camera proceeding of the victim and the legal prohibition on disclosing the name of the offender.  Under the Indian Evidence Act, 2002 prohibited any pondering about the sexual history of the victim in cross-examination.[ii]The 172nd law commission report proposed the idea of the gender-neutral rape laws in India, however, Justice Verma Committee gender-neutral rape laws for the victim and gender-specific laws for the offenders. This was not accepted and after the shattering incident of Delhi rape case, the Criminal Law (Amendment) Act 2013 which stated the introduction of the special provisions against acid attack, sexual harassment, voyeurism, stalking, trafficking and disrobing women.

“Neutrality” is addressed as the vague term; it may create more dilemmas than clarifications. Therefore, there is elucidation on the aspect in the two dimensions[iii]:

·         Gender neutrality with respect to the victim – the term “victim” in case of the rape the offence has been traditionally conceived as women. This is based on the assumption that rape is not about satiating the sexual desires of the man but as well a means to highlight the dominance and power in the hands of the men. There is not only the lustful aspect of the crime but the manner to indicate the superiority over the community, class, caste, religion and not specifically gender.  The human body has been classically categorized into “male body” and “female body”. There transgender community (the sect of the society which does not conform to the traditional gender orientation norms) has been completely ignored; the male suffered at the hands of the other males or females is not even considered as the prevalent the thing in Indian society.

·         Gender neutrality with respect to the perpetrator – this posed the debated question if female is capable of committing rape on the counterpart males and females. These issues were settled with the legislation of the rape law amendment in 2013.

It has been argued that it is physically and biologically impossible for women to rape men because men are supposed to be the stronger gender than women. The orthodox stereotypes about “real men” do not face any sexual struggles and humiliations. This does not reflect the traces of the Indian society where there is not even the single incident of the male rape. The feminist have argued that in the cultured country like India where the virginity of the women is the most precious asset owned by her. The introduction of these laws will ostracize the already traumatized section and would fail the very purpose of the introduction of reforms. The patriarchal form of government coupled with gender-neutral laws will bring no good but the banners of allegations and shame to the female victims.

The foremost argument that it is impossible for the women to rape men is an allegory. Erection can be the result of the fear and humiliation, there have been an instance of the male rapes but least of them are reported because it brings the question about the so-called “masculinity”. The survey in America and the United Kingdom revealed that nearly 3-8 per cent of male have faced sexual assaults in lives but there is no numerical figure available in India because it is considered by the fast majority as narrative.

The right to equality under Article 14 enshrines the right to equality without any discrimination on the basis of gender. Article 21 of the constitution ensures the right to life and liberty which sub includes the right to dignity, integrity and privacy. The Supreme Court has held in the case of P. Rathinam v. Union of India[iv]that right to life ensures the life of dignity and does not connote continued drudgery. In another landmark judgment of Navtej Singh Johar v. Union of India Ministry of Law and Justice Secretary[v], section 377 was decriminalized as it violates of the fundamental rights granted under article 14, 15 and 21 of the Constitution of India but the dilemma in the judgment was that it does not equate the nonconsensual carnal intercourse against the order of nature. This brings into light that homosexuals and transgender’s rights should be recognized as section 377 only talks about “Unnatural offences” and does not even clinch the offence of sexual assault. Therefore, the constitution stretches equal rights and if the legislatures do not extend the equal protections it will amount to discrimination and infringement.

The Canadian Charter of Rights and Freedoms came into force in 1982; it has been going through constant progress over the period of time. From the narrow and conservative definition of the rape, it has transformed into the gender-neutral enactments. The Uniform Crime A report in the United States of America proposed the inclusive definition of rape which includes all forms of penetration, minor or major, consent of the victim. This definition highlights that the victim and the offender can be of any sexual orientation, not confining to the traditional glides that victim is essentially male and the victim is female.

The author believes that equality is the essence of the growing dynamic times; the state is the promoter of the notion and the underline laws esteeming one gender from the other goes on the contrary path. The feminist theorists have propagated for the triumph of the equilibrium between the males and females and not for the preeminence over men/ transgender/ homosexuals. These legislations undoubtedly is the mirror which reflects the mindset of the people at large but there is an urgent need to redress the new emerging crime against men because the notion of equality will be otherwise in jeopardy. The need is to break the stereotypical empathy for a particular gender and ensure the amalgamate upliftment through collective contribution.

8 https://www.independent.co.uk/news/world/asia/parents-gay-son-corrective-rape-treatment-gay-son-discover-sexuality-kolkata-homosexual-lgbt-a7535741.html( assessed at 8:30 PM at 17/08/2020)