An investigative docuseries of Netflix named ‘Bad boy billionaires-India’ featuring the infamous tycoons lives involving fraud and deceit that made their names and brought them down was released on 5th October. It previously got strangled in different lawsuits filed at local city courts in Andhra Pradesh by Raju Ramalingam, ex-CEO of Satyam computer services followed by, in Bihar by Subrata Roy, chief of Sahara group and in Delhi by Mehul Choksi, a fugitive businessman accused in PNB fraud case; all of whom are under spotlight in the alleged conflicted docuseries. 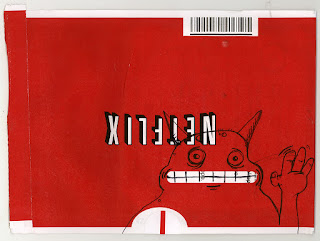 The pleas in Bihar and Andhra Pradesh courts are identical in their claims as both allege that the airing of the docuseries will breach their privacy in unlawful manner under article 21 of the Indian constitution. Counter claims by netflix’s counsel contends that it used the existing information in public domain and affirmed its right to free speech on a “matter of public interest”. The court however, gave pre-publication injunction and decided to reason its judgment on the basis that ‘the series would certainly damage the reputation’ of the petitioner.

The legal bone of contention subsists that whether a fundamental right to free speech and expression can be restricted by another fundamental right under article 21 of the Indian constitution owing to the fact that article 21 only comes to picture in ‘state’ interference. The supreme court answered the same in Kaushal Kishore vs State of Uttar Pradesh 2016 SCC OnLine SC 1249 in negative and stated that in cases involving these kinds of disputes the plaintiff should seek remedial measures under criminal, civil or tort law. Thus, the existing case involving the freedom of expression which includes freedom to disseminate information in form of visual representation can only be tested on the grounds mentioned in article19(2) to 19(6) to test the reasonability of morality, sovereignty, friendly relations to foreign states, contempt of court, incitement to an offence, public order and defamation. The present case can only be debated as far as the defamation clause is concerned.

The supreme court in Harbhajan Singh vs State of Punjab (2009) 11 SCR 1015 held that publication made in ‘good faith’ and ‘public good’ can be tested to be a reasonable defence by quantifying the malice in the accused intentions as well as whether there was sufficient effort in cross-verifying the information available. As submitted by Netflix’s counsel the company had invested large sum of money and followed a standard protocol in deducing its standings by opting an impartial dedicated team to gather the information available in public domain. Moreover, the ‘malice’ element can be reasonably negated as the company’s main profit is generating revenues by commercialization without getting tangled in its personal bias.
Netflix has always been in controversy from its inception because of its uncensored and unfiltered content as opposed to films and tv series because of different regulating bodies and company policy owing to the fact that OTTs are not specifically guided to exert ‘due diligence’ under IT rules, 2011. Moreover, the supreme court in R Rajagopal vs. State of Tamil Nadu AIR 1995 SC 264 held that any publication constituting excerpts from an individual’s personal life becomes legal and in consonance with the statutes if it is taken from public records involving court cases or general information in electronic or print media. Thus, the courts ‘unfounded busting’ of fundamental rights without a genuine legal ground rings alarming bells and acts a s a fatal blow for democracy.

RIGHT TO FAIR TRIAL- A BLANKET BAN FOR FREE SPEECH? –

The Delhi city court however in the plea of Mehul Choksi refused to grant a remedy as it found erroneous to enforce a ‘private right’ under constitutional jurisdiction. Furthermore, the appeal made by Choksi in Delhi high court under article 226 in Delhi high court concerning the merit of the judgment passed in subordinate court is procedurally flawed as supreme court in its various stances have objected that the writ under article 226 should be restricted to point out jurisdictional shortcomings rather than questioning the findings of subordinate courts and tribunals as a ‘revisionist measure’.

Nonetheless, the Delhi high court cautioned Choksi’s appeal under 226 to be in dissonance to his conduct which translates to the famous principle- ‘He who comes to equity must come with clean hands’. The appellant’s counsel submitted that his client has complied with all the investigations through video conference and clarified unilaterally that he applied for Antigua’s citizenship for medical reasons and before a case was registered by CBI for money laundering against him. The main argument put forward by Choksi’s counsel is that the docuseries would impact his ‘right to fair trial’ which is not explicitly though impliedly guaranteed by the constitution under article- 21: the right to life. According to the sub-judice rule, there should be a unjustified and misleading prejudice in form of information on behalf of the publisher which should have the potential to jeopardise the whole proceeding against the accused, this rule does not fit into the present matter as Netflix has already in the past come up with investigative series for ex- The social dilemma which also critically analysed the social media giants role in ordinary people’s day to day lives. In the way, following the same protocol it is necessary for people to form their own opinion by exposing them of all the facts available. Moreover, Choksi is adamant of his non- maintainable writ as being a listed fugitive economic offender under The Fugitive Economic Offenders Act,2018 his right to put forward any civil claim in court of law of this country stands compromised

However, The Araria court in Bihar has vacated its stay in Roy’s plea but its previous judgment of putting pre-emptory injunction on the documentary following the same stand by Andhra Pradesh court on no visible clear ground of reasonability is a grave violation of an important fundamental law. The supreme court in Rangarajan vs. P Jagjivan Ram 1989 SCR (2) 204 held that the pre-censorship of a film is a ‘rarest of rare’ act only to be invoked when it has unique capacity to arouse and disturb mass audience feelings so as to create a public law and order problem.

A fundamental right is to be given ‘presumptive priority’ over human rights and private law. Judiciary being the ‘guardian of fundamental rights’ should perform a pro-active role in upholding these rights unless the disputed acts categorically fits in any of the restrictions so as to harmonise different objectives of freedom and efficient administration. Owing to the existence of altogether many restrictions on freedom of speech and expression under article 19(2), if the judiciary allows elevation of other rights under the garb of reasonableness, the free speech would fade away as a reality. A democracy cannot function without free speech as propounded by the constitution-makers. In constitution-crumbling times like these, it is important to save the ideals of a welfare state in order to make the society more inclusive and equitable.
Image Source
Author: Kumar Kartikeya, Hidayatullah National Law University, Raipur