Freedom of speech, often classified as a First generation right, is one of the most cherished constitutional rights in liberal democracies. Free speech,being the foundation stone to liberal values, has been ingrained in most of the contemporary constitutions as well as in International Human Rights Treaties. 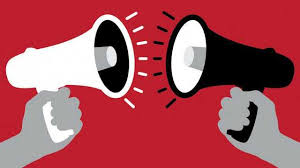 “If freedom of speech is taken away, then dumb and silent we may be led like sheep to the slaughter” -George Washington[i]

Free speech or freedom of speech can be defined as the privilege of a person or community to express the ideas and opinions without any censorship or legal sanction. As commented by Rachel Jolley[ii], “Free Speech has always been important throughout history because it has been used to fight for change”.Freedom of speech has been recognized as a human right under various International forums such as in Article-19 of the UDHR[iii] and Article- 19 of International Human Rights law in the ICCPR[iv]. India, being a democratic nation, since visualizes free speech as a bulwark of an effective democracy also guarantees freedom of speech as one of its six freedoms under Art-19 of the Constitution as a primal and preeminent right of an individual.

Democratic nations in order to strengthen their foundation guaranteed free speech to all but it was viewed by people only as a mere right to be used, so people over the years have been exploiting the right.The notion of free speech has always been a topic of intense contestation in the contemporary world. Since the advent of social structures and primitive democracies, the conflict between a person’s free speech and the laws and norms curbing it has always been a perennial issue. Since Individual’s autonomy is the foundation of this freedom, any reasonable restrictions may be imposed for its effective exercise and equal availability to all the citizens. In light of this, Indian constitution has laid down reasonable restrictions to curb the misuse of such rights. One such controversial restrictions, whose relevancy has always been in question is SEDITION.

This sedition law was originally a creation of the colonial government in 1870 to stifle any voices of dissent at that time. The Britishers after enacting the sedition law, used it to suppress the Indian freedom struggle by charging people like M.K Gandhi and Bal Gangadhar Tilak. In the Bal Gangadhar Tilak case, the sedition law was amended which gave a wide interpretation of the word – ‘Disaffection’ as – it includes, hatred, enmity, dislike, hostility, contempt and every form of ill will of the government.There were certain cases which even invoked the law more. The first among them was in 1891, the trial of editor of the newspaper, ‘Bangobasi’, named Jogendra Chandra Bose. Throughout this time, Sedition law was always a conflicted law, its constitutionality was always a burning issue. It was prior independence but in the Post-Independenceperiod of India, the sedition law became a,matter of Dispute. But the case of Kedar Nath Singh[vii], gave the law a different pedestal, and upheld the constitutional validity of Sec- 124A.

MISUSE OF THE SUBTLE CONTRARIETY

Freedom of Speech, considered as the mother of all liberties has been provided to the people to strengthen the democratic structure. But everything seems to be worthy when used in a limit, used in a bona-fide manner. These terms – ‘Freedom of Speech, and ‘Sedition’ have such a thin line disparity, that these terms have often been misinterpreted. This would be very clear by the JNU incident where Kanhaiya Kumar[viii], a student at JNU University was, arrested for voicing anti-national slogans but in actuality, they were organizing a march for celebrating Afzal Guru’s death anniversary. In-spite of highlighting in the State of Assam Case[ix] that Speech and Words amounting to “incitement to imminent action can only be criminalised and mere using of words that are distasteful do not constitute sedition”, citizens of India have not been able to understand the true essence of Sedition law.

Even after the Supreme Court highlighted criterion to attract Sedition, still there have arisen a spate of cases where the police authorities or government have slapped the charge of sedition against persons who have voiced their criticism not with an intention to use violence or create disorder. This has given rise to a legitquery,whether the Government has some powers to control our speech, in whatever way they want, in the name of protecting feelings of people or safeguarding national security? Answer to this question is yes. However, our Indian Constitution hasn’t empowered, not even the government to misuse the power, and completely cowdown the right to free speech. It is only the misinterpretation of sedition law that has created a negative view regarding it but in the real sense, everything is dependent upon the fact- how it is used.

The law of Sedition has been a lot useful in:
i. Combating anti-national, successionist and terrorist elements.
ii. Giving protection to the elected government from attempts using illegal means.
iii. If contempt of court invites penal action, contempt of government should also attract punishment.

Even in the judgement of the federal court, in the Niharendu Dutt Majumdar case[x], it was held that, “Sedition is not made an offence in order to minister to the wounded vanity of the government, but because government and law ceases to be obeyed and then only anarchy can follow”, it was argued that every dissent or criticism shouldn’t amount to sedition.

Time and again, it has been made clear that the sedition law would be attracted only when the act has the capacity to threaten the very existence of the society and create chaos. There has been series of cases where the court has tried to give a clear picture of the fact that where a free speech can’t be overshadowed by the sedition, which opinions of the people is not punishable in the name of sedition. Allahabad High Court in the case of Arun Jaithley v. State of U.P[xi]., viewed that a writer’s critique on any Judgement of the Supreme Court on National Judicial Appointment, is only a mere criticism, so it shouldn’t be charged under Sedition Law.

At present, it is very necessary to get clarified that, in a democracy, criticism is an essential feature. For the proper functioning of democracy, citizen must indulge in constructive debates and point out the loopholes of the government policies. Voicing of dissent or discontent is a valuable consequence which must be exercised.It is to be kept in mind that words if said with an intention to create pernicious tendency and incite a large public, creating threat, then only it would amount to sedition. I t is to be always kept in mind that any speech which has the effect of creating conjectural or remote danger to the public, can only be punished with sedition, as held by the court in the case of Jagjivan Ram[xii]. Citizens do have the freedom to express their thought even though they are not in consonance with the government policies, without thinking that whether they would get charged with sedition.

In the present scenario, it has become imperative to narrow the interpretation of Section 124A so as to limit its arbitrary or frivolous use, or else this section will always have a “chilling effect” on sec 19(1). Section 124A and 19(1) is always to be taken hand in hand to maintain peace and tranquillity in our democratic society.