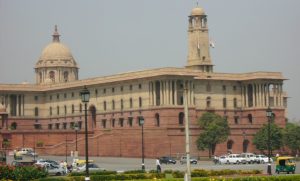 There is barely any community on the planet that does not struggle with the issue of criminality. For a long time, people have accepted criminal behavior as a natural occurrence. Even if all of the members of a community possessed ideal characteristics, there would still be instances of people breaking the rules that govern that society. In terms of facts, criminal activity is a persistent phenomena that adapts to the shifting social landscape. Conflicts, which finally lead to the occurrence of criminal activity, are stoked by the fact that various social groupings in a society have disparate interests, which are frequently incompatible with one another. The purpose of the system of criminal justice is to safeguard society from criminals by enforcing the penal laws that are currently in place against those who commit crimes.

Therefore, punishment has been considered a method for reducing the incidence of criminal behaviour, either by discouraging the potential offenders, by incapacitating the offenders and preventing them from repeating the offence, or by rehabilitating the offenders into law-abiding citizens. All of these are possible outcomes of the application of punishment. Criminalization refers to the practice of applying punishment strategies to actions that are considered anti-social. The issue of overcriminalization is currently one of the most significant difficulties that are faced by the criminal justice systems across the world.

Decriminalization is the removal of criminal penalties for drug law violations (usually possession for personal use). There has not been a discernible rise in the amount of drug usage, drug-related damage, or drug-related crime among nations that have implemented less harsh policies against drug possession in comparison to those that have adopted more punishing policies. For instance, a study conducted by the World Health Organization discovered that the United States had the highest lifetime drug usage rates by a significant margin, despite its severe policies. The researchers came to the conclusion that decriminalization has little or no influence on the rates of use.

According to the findings of several studies in the USA, those who are given harsher punishments are more likely to commit other crimes in the future. As per a review of over fifty studies that began in 1958, the rate of recidivism was higher for criminals who were sentenced to terms of more than 30 months on average than it was for convicts who got terms of less than 12.9 months. In contrast to sentences that are shorter, those that are longer don’t seem to have much of a special deterrence to them. According to the findings of the research, repeat offenders are more likely to receive shorter sentences, but they do not become less likely over longer sentences.

Only when criminals are aware that they will be caught and punished for breaching the law are they likely to refrain from committing such offences. To put it another way, there is no connection between lower crime rates and the severity of punishment, regardless of how definite it is that the offender will receive that level of punishment. If a criminal does not anticipate being apprehended, then the severity of the punishment has no influence on whether or not they will be found guilty of their crime.

The reality of drug use in the jurisdiction in which the decriminalization of drug possession using maximum-quantity thresholds is being implemented should coincide with these thresholds. For instance, if the threshold limit is set too low, the policy may not have any effect at all; alternatively, it may result in an increase in the number of incarcerations or the amount of time spent behind bars. The expansion of harm reduction and treatment activities, including as medication-assisted therapy, should be accompanied by decriminalization efforts to ensure the most positive outcomes.

The Indian government initially passed the Narcotic and Psychotropic Substances Act (NDPS) in 1985. Since then, the law has been amended three times: in 1989, 2001, and most recently (2014). In India, people who trade narcotics will be subject to severe punishments, while drug users will be offered rehabilitation services. It is prohibited to produce, cultivate, sell, purchase, import, export, and consume narcotics, psychotropic substances, and any derivatives of those substances. This is done as part of an attempt to combat the international trafficking of drugs and the abuse of drugs.

The NDPS Act, once it became public knowledge, advocated heavy punishmentsfor the trafficking of drugs while also expanding its ability to enforce international treaties to which India is a signatory and to direct psychoactive substances. The NDPS is mostly corrective in nature, serving to control the pharmaceutical industry. Initially, the Act did not prohibit the use of the death penalty as a form of punishment. As a result of staunch activism, the death penalty was replaced in the amendment that was passed in 2014 with a punishment of jail for a period of thirty years.

In order to improve upon the NDPS Act, which had been in effect since 1977, the Prevention of Illicit Trafficking in Narcotic Drugs and Psychotropic Substances Act was passed into law in 1988. A significant component of the legislation mandates the indefinite incarceration of those who are thought to be involved in or suspected of engaging in narcotics trafficking.

On one hand, those who advocate for Human Rights contend that the use of the death penalty is never acceptable, not even in the most exceptional of situations. The United Nations Human Rights Commission, requested in 1997 that India restrict the use of the death penalty to just the gravest of offences, with the ultimate objective of doing away with the practise altogether.

As a means to reduce illegal drug sales, the UN Office on Drugs and Crime (UNODC) employs a variety of medical controls, all of which have been criticized by the UNODC. Theft of opium by an authorized grower, unapproved trade in opiates and neuropsychiatric substances, outside management of opiates and psychotropic substances, funding of unlawful dealing, and detention of responsible parties are all violations stated in Section 31-A of the Act.

As a direct consequence of this, a person in a position of authority is required to effect behavioral adjustments in the offender. When generally determining the appropriate punishment, it is customarily necessary to take into account all of the relevant information, including how the general public feels about the predicament.

Cannabis and opium have been used for a very long time, despite the fact that there are conservative and social segments of the population in this country who are of the opinion that these narcotics should not be regarded in the same manner as heroin and cocaine.

When law enforcement organizations operate at lower levels, it might be challenging for them to accept the precise procedural provisions of the NDPS Act because they do not comprehend them. Due to that, a significant number of drug offenders are given the opportunity to go free due to procedural errors.

It is also required to do a reexamination of the legal framework that applies to those who use drugs. In all honesty, this Act does not differentiate between a user and a dealer in any way. “Controlled Delivery” is a tactic that has shown to be particularly effective in the fight against illegal drug use. The United Nations Convention against Illicit Traffic in Narcotic Drugs and Psychotropic Substances of 1988 does not contain any particular provision with regard to this matter, despite the fact that the NDPS Act mandates the utilization of a controlled mode of transportation.

NDPS offenses, along with other financial offenses, should be reviewed in accordance with international standards. This will ensure that legal executives are prepared to bring misbehavior even in frivolous financial offenses, to the scaffold, and will increase the likelihood that this issue of drug dependency in Indian society will be discovered and rightly treated.

As a result of the stringent limitations imposed by the NDPS Act, opiate drugs such as opium, heroin, and hashish are extremely difficult to acquire. People who use drugs are looking for new places to go in order to get their intoxication, while at the same time attempting to escape authorities.

In conclusion, the nature of criminalization is such that it warrants a much more nuanced understanding of its effects on the usage of drugs or even just the possession of drugs. Here, the approach taken by the NDPS act is far from ideal and needs a review in light of studies on misguided criminalization as well as recommendations in alignment with Human Rights jurisprudence.

This Blog is Authored by Shruti Avinash, a third year student of the NALSAR University of Law.