“A picture is worth a thousand words” [1] was quoted rightly by an executive of marketing and advertisement, Fred R. Barnard. Photographic evidence plays a contributory role in the identification of facts and findings. The photographic evidence helps to intensify the proceedings of the court through solid portrayals. 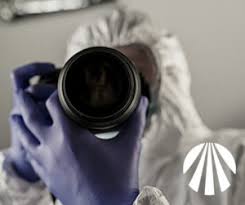 The presentation of the photos is unusually striking which helps to urge conviction at a much faster pace. This is the reason why the developing use of photographs as proof is on a rise these days. However, no academic consideration is given to these sources of proof. Pictures are considered to be one of the most integral assets and also a judicial instrument ever since the hour of its development. Inside and outside the court of justice, the pictures were held of utmost importance and significance and were strongly challenged. Moreover, the historical backdrop of photographic innovations was much in connection with that of the lawful utilization of photos.

A photograph submits for proof. In the law background, proof of photo explicitly acts as an overall medium of verification or information. In the Indian Court of justice, the utilization of photos and different sorts of machine-created pictures have become a part of the proceedings to bring about proofs for particular kinds of cases.

WHAT IS A VISUAL EVIDENCE/ PHOTOGRAPHIC EVIDENCE?

Photos serve as one of the most dependable sources of proof. Official authorities like the Police and several other associations started to utilize photos as evidentiary sources of law. Photos seem as though reality yet are, actually, hypothetical and non-pictorial. Out of the accessible proofs and incomplete sights composed by the shutterbugs, the choice for selection of photos is done. Photos and pictures have been utilized and mishandled in several manners throughout the long term, and it was ordered as per the official authorities that the evidential idea of photography should not be subject to scrutiny. [2]

The aspect of photograph falls under the category of, “Electronic Evidences”. Evidences which are electronic or digital in nature can be found in pictures/ photographs, messages, word preparing, archives, text chronicles, backups and data of computer, electronic or phonic records, documents spared from programs of bookkeeping, web program accounts information bases etc.

The first hypothesis which talks about visual proof is, “pictorial declaration/ testimony”. The main point covered under this is suitability or acceptability of visual/ photographic proofs. All the visual proofs as per the hypothesis, are purely a type of statement given through the declaration by that particular observer. In view of the witness’ very own perception, it possibly becomes justifiable when an observer can affirm that the portrayal of the topic concerned is rational and precise in nature. If no individual (witness or observer) is able to substantiate or affirm the given allegations then the visual or photographic proofs stand invalid and forbidden as per the said hypothesis. Therefore, verification plays a very important role here. The acceptability of visual or photographic proofs lies upon its genuine and legitimate factors. The aforementioned factors should be adequately proved acknowledging the circumstances where it is to be looked upon.

The proposed application of photographic or visual proof at the trial stage (preliminary state) and its acquisition for the same will be diverse for all intents and purposes in each case, reason being that under this hypothesis the proofs are not plausible and practicable to build up essential prerequisites with regards to acceptability of photographic proofs. The essential satisfactory truth must be introduced to the preliminary court. It is the work of the appellate court to audit and redraft the decisions of the preliminary court, when they go on to decide the questions with respect to acceptability of proof so that the discretionary powers of the court are not used in an unsuitable manner.

Several pictures were clicked in the month of January (2005), at that point an episode took place where visuals/pictures/photos acted as a proof for the situation. The primary reason for conflict was with respect to a tenant contract in which the appealing party’s grandmother was the proprietor and the occupant of the property who had leased the property path from the former proprietor of the property who was the respondent. The appealing party’s grandmother had bought the same amount of property long back from the former owner.

The monthly rent was left unpaid for the amount INR 3000, furthermore it was brought to the notice that the respondents were illicitly trespassing by breaking the divider of the shop. Though it is fascinating to know that the property where the event of trespassing occurred was not a part of the rented divide but rather the offended parties asserted the alleviation from the Assistant Rent Controller for order ownership of one segment of the property which was held in the care of the respondents.

The proof introduced was a photo clicked on a computerized camera which included a site plan demonstrating the contested properties and indicating a little door in the back area of the shop where the event of trespass occurred. The proof of pictures was clicked by the sibling of the offended party. He was supposedly the chief observer of the incident. The respondents asserted that the photo was vitiated, and that there was a divider in place of the gate.

The rent agreement was held appropriately unsettled reason being, it was a copy. Therefore, at the preliminary stage the Trial Court excused the case and held it to be invalid.

Due to several acts of neglect like the tampering of data or duplication of work, significant issues have been brought about in the electronic system, with regards to the validity/legitimacy of data depended upon as proof inside the court. In order to help the system and make inquiries about the visual or photographic evidences, it should be reasonable for the legislature or courts to establish a singular group of authorities who are expertise in this particular field of law. The acceptability of visual or photographic proofs are often perplexing. The three basic valid essentials for the legitimacy of a photographic proof as per the system of justice should be validness, dependability and uprightness.