Skip to content
– Abhyuday Raj Mishra
” I raise my voice—not so that I can shout, but so that those without a voice can be heard. … We cannot all succeed when half of us are held back.”
-Malala Yousafzai 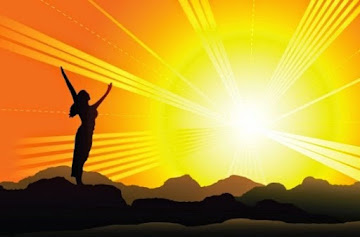 Women empowerment has been part of countless political discussions in India, but where does India stand when it comes to the right of women especially when we compare ourselves to the rest of the World. To begin with, its only fair to say that on paper we look very good, India has passed many specific laws for the woman that protects from Sati[1] dowry [2] sexual harassment[3] child marriage [4] and domestic violence [5]and many specific governments schemes including the national commission for women the list is endless but where the women of India are struggling and why?

Authority or power is given to someone to do something.

‘individuals are given empowerment to create their own dwellings’

‘political steps for the empowerment of women’

‘a foundation to promote economic empowerment for poor communities’[6]

According to Kate Young (1993), empowerment enables women ‘to take control of their own lives, set their agenda, organize to help each other and make demands on the state for support and on the society itself for change’.[7]

Some interesting facts about women empowerment in India

Politics – While the United States of America is still waiting for a female head for their country we already had a female prime minister in 1966, we have seen the first female president in 2007 two female Lok Sabha speaker [8]and 16 female chief minister of different states since 1963 thanks to 1/3rd reservation for women in gram panchayat we have a 25-40% participation of women in Indian politics.[9]

The first Lok Sabha in 1951 had 22 women MPs. The current Lok Sabha has 66. In 54 years and 16 Lok Sabha elections, it amounts to a three-fold increase in the number of women MPs that made their way to the lower house of the parliament. From 5% in 1951, women MPs constitute 12.2% of the Lok Sabha today.[10] We are ranked 149 in women in parliament ranking and have been outdone by countries like North Korea Saudi Arabia Kenya etc.[11]

Education of women in India- even in education we are slacking big time only 48% of women who have completed basic 5-year primary education were found to be literate we are outshined by countries like Nepal and Bangladesh.

Workplace- our low literacy rate mercilessly blended with and hence there is a massive gender disbalance in the workplace and that too in an economy that is doing phenomenal. Women make up only 27% workforce in 2016 as compared to 35% participation in 1990. When it comes to women participation in workplace India ranked second last among G-20 countries. With the view to improve this situation, the government has an amended maternity benefit act recently.[12]

Now we had 3rd highest paid maternity leave policy in the world only after Canada and Norway but the real problem is that this policy doesn’t apply with countless women working in unorganized sectors like a housemaid and even in organized sectors employees are skeptical about this policy as the government doesn’t provide them with any sort of assistance that means it may result in women not getting hired.

Some legislation in India for women empowerment:

1. The Prohibition of Child Marriage Act (2006)­: according to many organizations like UNICEF and others we have a very high ratio of child brides in the world, to solve this child marriage issue union government came up with the new amendment according to which any girl less than 18years and boy less than 21 years won’t be allowed to get married legally. Hence this act helped in decreasing the ration of underage brides in our country.
2. The Dowry Prohibition Act (1961): our country has witnessed a very high number of dowry deaths and many marriages have been postponed and canceled because of dowry which ultimately degrades the value of our women in our society to curb this evil custom union government decided to come up with the law that would govern the cases related to dowry.accroding to this law anyone wouldn’t be allowed to give dowry to the bridegroom during the time of marriage or after it and if anyone found giving or taking dowry will be penalized.
3-The Maternity Benefit Act (1861): The maternity period is considered as a very important and sentimental period of every mother in her life and it’s very difficult to work during that time as a government it was needed to come up with some legislation that would ensure the benefits and interest of working woman and to fulfill this aspiration government came up with this act each female employee in India is entitled to get paid maternity leave during pregnancy. This rule applies to both the private and public sector employees. In the past, maternity leave in India was only for 12 weeks (3 months). From March 2017, the Maternity leave has been increased to 26 weeks (6 months).

Though the government has taken the various initiative to improve the situation of women in our country we are still far away from the desired results because of the primary reason of being patriarchal, we men believe that women even today cant match the skills and strength of man and this mindset is to be changed if we want to make our women empowered.

Facts presented above elucidate that women empowerment has a strong foothold in India. However, there is a need to do more in this very vital sphere. For Indian women, empowerment can be an uphill task: they need to strike an astute balance with customs and traditions. Women empowerment in India will progress as female literacy rates grow with a corresponding increase in employment and entrepreneurship opportunities.

It is very empirical to understand that in this global era where sexual abuse and harassment is very common we need to develop an atmosphere in our schools and colleges where students are taught to behave properly with their female classmates and to cultivate a culture where we are willing to give our women the respect they deserve without any discrimination on any basis whatsoever. Education without proper manners is no use, we may reach to mars we may launch 5G technology we may switch to BS 6 engines but until our women can roam freely even at midnight we cant consider ourselves as a developed nation.

“Being female in this world means having been robbed of the potential for human choice by men who love to hate us. One does not make choices in freedom. Instead, one conforms in body type and behavior and values to become an object of male sexual desire, which requires an abandonment of a wide-ranging capacity for choice…

Men make choices. When will they choose not to despise us?”
― Andrea Dworkin, Intercourse