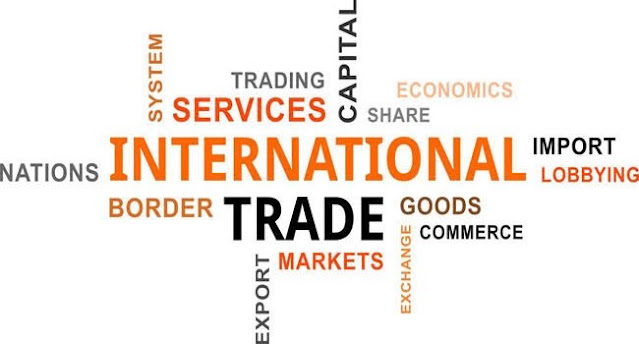 Due to the developments in electronic commerce both developed as well as developing countries are offered unprecedented opportunities. Looking at the short run the benefits in a developed country are concentrated but in the longer run the countries that are developing are at a benefit, the reason as to why the developing countries like India only are at an advantage in the long run is due to the fact that they lack the adequate infrastructure to use the internet to its fullest advantage. The process of e-commerce is very dynamic in nature, i.e. it involves the whole business process of transport, sale, exchange and payments. The following sections will address the following, Section II the concept of ecommerce in relation to international trade , Section III the effect of ecommerce on international trade, Section IV the application of ecommerce in international trade and lastly ,concluding remarks.

Through the Internet, electronic commerce alters the transactions and relations in an economy which also stimulates trade and brings about a change which is uncertain yet fundamental in the labor market. The World Trade Organization, simplifies the definition of e-commerceas it is a network of telecommunication of sales, production advertising and distribution. Further, Organization for Economic Co-operation states that it generally refers to online and digital processing of commercial transactions.

These advancements in the fields of information technology and communication have the ability to decrease the costs in relation to processing and gathering information considerably. Information being better available to all economic agents. E-commerce reduce the costs in relation to trade and will make it more available in an international as well as local level. E-commerce has a few competitive advantages such as, It reduces transaction costs, it reduces inventory, it shortens the production cycle and lastly, it increasers opportunities.

From the table the surge of the use of the internet can be viewed and also gives an understanding of how people use the internet. According to the first section, internet usage has increased at an exponential rate in recent years. Between 2010 and 2015, the percentage of online consumers in each country increased by around 20%, with the cellular network accounting for the majority of the increase due to its greater spatial versatility in use. This table can also be linked to international trade as the use of the internet grows, the use of e-commerce grows which had a positive effect on international trade too as the base increases.

Both developed and developing counties are offered significant opportunities through e-commerce, and the developments in e-commerce is likely to have both a direct as well as an indirect impact on international trade. While using e-commerce the process of trade can be made more cost effective, faster and easier. Information collection is a necessity which is costly when there is a need to acquire information from national borders and this cost being substantially high can be considered a trade barrier. Locating the right resources such as supplies, arranging production and product requirements, the price, quality and along with the delivery and marketing can have expenses which are high, here is where e-commerce and the internet can be used as it involves all actives without the need of the close involvement of buyers and sellers. The use of the internet makes the process far less expensive and therefore, promotes international trade. In the concept of international trade the exporters and importers have their own business purpose, and only when this purpose between both parties are linked can there be a trade.

However, the promotion of international trade from e-commerce will depend on the nature and type of goods i.e. A variety of goods that have typically needed physical distribution can now be distributed to customers in digital form through a network. Media products such as videos, and software programs are instances of these. However, since the majority of goods exchanged globally are not delivered in digital form, transport costs will continue to be an important factor.[ii]Therefore, as the use of the internet increases the possibilities in the world of e-commerce also increases and it facilities international trade as it is more cost-effective  and easier to do.

IV.             The Application of Ecommerce on International Trade

Over the years e-commerce as an tool innovation in international trade has shown an immense role as a contribute on global production. Certain ways for global business has been developed by companies involved in the international market in e-commerce and marketing. In India the government has put up certain restrictions that place certain restrictions on international companies selling products in the Indian market through an online market, such regulations are in place in order to safeguard companies in India from facing competition from global leaders like Amazon. Presently, 100% FDI is allowed when it comes to B2B ecommerce in India, but in relation to B2C, there are prohibitions, there is also a local sourcing norm of 30% for international players.[iii]

E-commerce in International trade is using a whole process of the use of modern technology for communication, network usage and even electronic transmission of data from a complete establishment of trade relations, transaction settlements and even applying for permits. There are several studies that have questioned if the use of internet has an effect on trade, for example in a study of Central Asia and Eastern Europe by collection data from 20 middle income countries it was proved that place and companies with a better source of information technology and internet, export more in comparison to enterprises which do not have adequate connection. [iv]

Although, the use of e-commerce is increasing at a significant rate, the fraction of use is minute in the trade industry, however it continues to be a sustainable way of trade and its impact will become more dominate.International trade is promoted by the use of the internet as it aids to lift the trade barriers, hence, the ability and quality of international trade will increase with the help of e-commerce. As countries accept imports from economies of an higher income then intern benefit from a spillover of knowledge. The trade in services are also impacted positively through ecommerce.While countries have accepted and accomplished a lot through e-commerce , to realize the full potential in trade they need to consider the certain challenges i.e. information infrastructure, Regulatory framework, legal security, the payment and delivery facilities and the skills recurred for expansion of e-commerce. Thus, electronic commerce can be adapted in expanding international trade markets which leads to a creating an opportunity for foreign trade whole keeping in mind the challenges faced above.

[iii]Farhat Fatima, Flipkart-Myntra; From a Merger to an Acquisition International Journal of Management and International Business Studies.ISSN 2277-3177Volume 4, Number 1 (2014), pp. 71-8