The Power Sector is one of the most significant and critical parts of a nation. And India being no exception is the 3rd largest producer and 2nd largest consumer of electricity[1]. Moreover, the power sector contributes 3% of the total FDI inflow in the country. This has led to the enactment of various Acts such as Electricity Act 1910, Electricity Supply Act 1948, and Electricity Regulatory Commission Act, 1998. But all these were repealed with the enactment of the Electricity Act, 2003 by the Government of India. 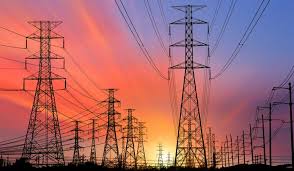 In 2014, a bill was introduced in the parliament that intended to amend the 2003 Act but it lapsed when the Lok Sabha dissolved. This bill sought to encourage competition in the sector by separating the distribution segment into distribution and supply. The Bill was later examined by the Standing Committee on Energy and in 2018, on the Committee’s recommendations, a draft amendment was proposed to the earlier Act. This draft bill is known as the Electricity Amendment Bill, 2020.
The introduction of this draft however caused an uproar among Farmers, Power Sector workers, various political parties, etc. And after a series of protests, the government has finally agreed to withdraw the draft ‘Electricity Amendment Bill 2020’ in order to protect the interests of farmers and others.
This blog provides an overview of the Electricity Amendment Bill, 2020.

SALIENT FEATURES OF THE DRAFT BILL

The Electricity Act, 2003 is the principal law regulating the electricity sector and provides for Electricity Regulatory Commissions at the central and state levels (CERC and SERCs). But as time passed, it becomes outdated and demanded fresh amendments in order to be up to date with the need of the present time. With the view of this, in April 2020, the Ministry of Power released the Draft Electricity (Amendment) Bill, 2020 proposing amendments to the 2003 Act. The broad objectives[2] of the draft are –
• Ensure consumer centricity
• Promote Ease of Doing Business
• Enhance the sustainability of the power sector
• Promote green power
The draft bill had proposed some key changes to the original Act, some of which are highlighted below:

1. The bill proposes the Union to develop and notify the National Clean Energy Strategy (NRE Policy). In the original act, under section 86(1) the state commissions are compelled to follow the guidelines by the NRE and specify a minimum percentage for the purchase of electricity from renewable and hydro power with a nominal surety from the producers.

2. Cross Border Trade: Under Section 2(15(a)) Act, provision for Cross Border Trade has been incorporated. It will oversee the import and export of electricity from India to other nations including transactions for the power in transit between them. As per section 49 of the Amended Bill, the Union has the power to impose the guidelines to assess Cross Border Trade

3. While, the Electricity Act of 2003 deals with laws related to the sale and purchase of electricity, there are no clear provisions for power purchase agreements or PPAs to resolve matters relating to the enforceability of these. The amendment suggests the creation of an Electricity Contract Enforcement Authority (ECEA ), the primary object of which is to provide the power and original jurisdiction to conduct particular duties, obligations under this contract related to the sale, procurement or transmission of electricity as per Section 109A of the Amended Bill.

1. Payment Security: Establish a comprehensive and reliable mechanism to resolve the lack of a surveillance system which has led to a check and balance for any form of payment security.

2. Grant of Subsidy Mandated: The commission shall decide the tariff charges for customers and the benefits of the subsidy shall be provided directly to consumers pursuant to section 62(1(d)). The tariffs shall be calculated on the basis of a commission without accounting for subsidies.

3. Codification of Responsibility of National Load Dispatch Centre: New regulations have been adopted that grants power to the National Load Dispatch Center (NLD Center) to carry out the real-time operation. Monitor the national grid and manage the interstate and inter regional dispatch and network stability and the ideal organization and transmission of power as per Section 26 of the new bill.

4. Distribution Sub-Licensee and Franchise: The bill proposed a distribution license with the authorization granted by the State Commission that will allow an individual as “Distribution Licensee” to distribute electricity on its behalf in a particular region within its area of supply. As per Section 2 (17) (a), the original license will stay with the licensee.

5. The new bill also proposed for appointments a single selection committee under Section 78 and their qualifications mentioned under the Section 77(1). The committee will select the chairperson and members of the Appellate Tribunal (APTEL), the central and state regulatory commissions (CERC, SERCs), and ECEA.

WHAT WAS THE NEED FOR THE AMENDMENT?

As society changes, its needs and wants also changes which demands better infrastructure and lifestyle we live in, therefore a dire need to make amendments in the act was felt due to the following reasons:
1. The original laws are out of date and need to be revised so as to remain relevant to the present time.
2. There is an immediate need to focus and change those problems that are recurrent over time and to promote additional mercantile impetus for private parties to access the market and to merchandise the generation, delivery and transmission of electricity.
3. Fresh steps have to be taken to alleviate the financial crunches of the Discoms.
4. It is important to facilitate and support a legal and directorial environment that pays particular and special attention to renewable energy.

PROS OF THE BILL

1. The new draft bill addresses some of the important areas of concern that were not in the earlier ones.
2. The present bill provides many provisions that will help in the recovery of revenue and bring a cost-reflective tariff.
3. A new semi-judicial authority shall deal with the enforcement of the contract.
4. It proposes a distribution sub-licensee and franchisee, which may help reduce the electricity loss and increase billing collection for the generating company or licensee.
5. It also proposes to form a single selection committee for all governing authorities that will bring uniformity in the appointment of members.

CONS OF THE BILL

1. There is a lack of transparency on the sub-licensee and franchisee as to how revenue compensation would work.
2. While the bill has established authority for dealing in the area of enforcement of the contract, the jurisdiction has not been determined.
3. The existing regulatory process might become more complex.
4. The Bill proposes to transfer subsidy directly to the personal bank account of consumers which might lead to non-payment or delay in the payment of bills due to lack of trust and also the identification of the beneficiaries might cause an issue.
5. The Draft Bill gives power to the central government to lay down guidelines on the Renewable Generation Duty but the Renewable Generation Duty has not been defined in either the Act or the Draft Bill.

Electricity or Power is an essential part of our daily life as well as important for the economy of the country. While the amendment might have help in a streamline and reducing the complexity of the system, but undertaking these structural changes amidst the ongoing COVID Pandemic defies logic. As a result, the amendments were being considered as Anti- People. Therefore the recent decision by the Government of India to withdraw the Draft Bill is a great decision considering the present times.