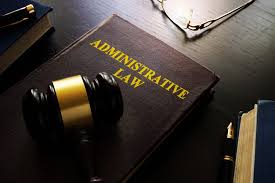 NATURE AND SCOPE: The scope of delegated legislation is too wider and broader. This legislation established a good administration in Indian legal system. The rigid application of the doctrine of non-delegability is not permissible in India, because of complexity and technicality of law in India. This helps to government to deal with the social and economic problems in effective and efficient manner. This legislation includes doctrine of ultra vires, it means beyond the scope, authority or power of any corporation or statutory body. It implies for absence of power to do any act. If delegated authority do any act beyond its within limit then it becomes ultra vires and illegal or invalid.[i]

REASON FOR DEVELOPMENT OF DELEGATED LEGISLATION
PRESSURE ON PARLIAMENT – The work of legislation is so long and large. To make a law, it has lot of time and it is not possible to discuss every detail of matter or law or any act. So, the legislature made skeleton and executive laying down rules and policies in it.

·       TECHNICALITY – Now, the subject matter of legislation is so technical. So, we need an assistance of experts. In India, we do not have any expert politician in all Fields. So, these technical matters handle and solve by experts, for e.g. gas, atomic, electricity etc.

·       EXPERIMENT – This method help executive to experiment in rapid utilization of experience and implementation of necessary changes in the provision in the light of experience such as Road traffic rules etc.

·       EMERGENCY – Sometimes, Parliament is not in session at that time we do not make any laws which we needed at that time then executive make some rule and regulations or can pass ordinance for particular period of time.[ii]

CONSTITUTIONALITY AND LIMITATION: Constitutionality of delegated legislation means the permissible limit within the provision of Constitution. If legislature delegates his rule-making power or authority to executive, then he has to work within the limit of constitutional provision otherwise it will be ultra vires or invalid. The essential legislative function cannot be delegated. There are four limitations on delegated legislation:

3.     Judicial Review – The concept of judicial review in delegation indicates to ultra vires, it means beyond the scope, authority or power of corporation or statutory body.

4.     Essential Legislative Function – Legislature cannot delegates its essential legislative function. For example, legislature makes skeleton for any statute but they cannot delegate this power to other authority, they can only delegates power of laying down principles and policies.

NATURE AND SCOPE: The nature and scope of sub-delegation is also wide like delegated legislation. A rule-making authority can sub-delegate its rule-making power to other authority when enabling or parent act expressly or impliedly authorize them to further delegates their powers. The maxim, Delegatus non potest delegare narrow the scope of sub-delegation. If the enabling or parent act does not expressly authorise to delegate power then legislative power cannot be sub-delegated. In a leading case, Ganpati v. State of Ajmer[iv], it was held that an enabling or parent act authorised the Chief Commissioner to making rules for the establishment of a proper system for sanitation and conservancy. The Chief Commissioner authorised District Magistrate to made rules to invent a new way of doing something his own system. The Supreme Court held that the rules were made by District Magistrate was invalid because it was sub-delegation without an express authority. It can be valid if the parent act authorised to sub-delegation. Sub-delegation includes the principle or doctrine of Excessive Legislation, it means the legislature or rule making authority excessively delegates its power or legislative function to other authority, such delegation will be held unconstitutional. This principle fulfils two objectives that it ensures democratic accountability in the laws and it gives minimum delegation to the court with discretion to judge if the delegation is ultra vires to the enable act.

TYPES OR FORMS OF SUB-DELEGATED LEGISLATION: There are three types of sub-delegation. These are the broader classification of the sub-delegated legislation under Indian Legal System.

3.     SKELETON LEGISLATION – The skeleton legislation means that superior authority makes a skeleton of statute without laying down any policy and principles and delegated authority provides blood in this skeleton by laying down policy or principle with the help of guidance and they cannot cross the limits outside the guidance.

JUDICIAL PRECEDENTS IN INDIA OF DELEGATION AND SUB-DELEGATION

In a leading case, Ajaib Singh v. Gurbachan Singh[v], it was held that under a statute Central Government has authority to make rules for detention of any person by any other authority but not the lower than rank of District Magistrate but order of detention was passed by the Additional District Magistrate which was held bad. The delegated legislation was held strict interpretation of the statute.

It was a landmark judgement and case under delegated legislation. In this case, the act gives power to the Central Government to extend the area of Delhi and Ajmer-Mawar with some restrictions and modified and it was held intra vires. The legality or validity of this case was also discussed that government extend to part C states any law in force in a part A and to repeal existing law. It was held ultra vires under Article 143 of the Constitution because the delegated powers act excessively.