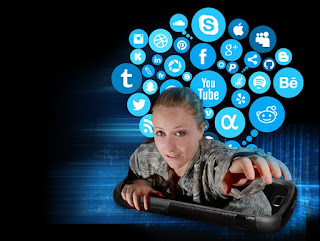 The common man’s access to the internet has revolutionised everyone’s lives. The internet’s platform has made human interaction easier than it has ever been. However, as communication has become more convenient, the inconvenience caused by the abuse of communication channels has increased accordingly. People who post superfluous and inaccurate words about a person or an entity, so undermining their goodwill and reputation, now have unrestricted powers, primarily on social networking sites, attributable to the removal of obstacles to freedom of interaction. Though referred to as “trolls,” such behaviour is basically a kind of internet defamation.

It’s important to realise that the internet has several aspects that set it apart from other media. These characteristics have prompted a re-examination of existing defamation laws in order to allow for their prospective growth and eventual use in cyberspace. The internet’s highly participatory character is one of its most distinguishing features. The ease with which internet users can acquire information and connect with one another has instilled in them a false sense of communicative freedom.[1]

The risk of ‘Cyber Defamation’ has increased as a result of the emergence of so-called trends of sharing or publishing information or images on social networking sites and commenting on them.

Defamation is defined as the wrongful and deliberate publication of something about a person, whether in written or spoken form, in order to harm that person’s reputation in society. The following fundamental factors must be present for a statement to be declared defamatory.[2]

·         The defamatory statement must be published, which means it must come to the attention of a third party.

·         Only the plaintiff must be mentioned in the statement.

Defamation can be divided into two types:

·         Libelis a derogatory statement that is published in writing form.

·         Slanderis a vocal kind of defamation in which a defamatory assertion is made.

Thus, the primary difference between the two types is the medium in which they are presented: one is expressed in writing, while the other is expressed orally.

Defamation law seeks to strike a reasonable balance between two equally fundamental human rights: the right to an unblemished reputation and the right to freedom of expression. Both of these objectives are becoming increasingly essential in a cyber culture. In a highly modern world, reputation protection is probably even more crucial, because one may not even encounter an individual or business other than through the internet.

Defamation has been considered a major intrusion on human dignity and reputation since the beginning of time, with serious ramifications for the individual in society. Defamation is defined in Article 19(2) of the Constitution as a legal basis for imposing a constitutional restriction on the right to freedom of expression. The right to freedom of expression protected by article 19(1)(a) is not infringed by the law of defamation. Article 19(2) protects it by stating that it is one of the specified purposes for which a reasonable restriction can be imposed.[3]

People whose professions, reputations, wealth, and/or health have been harmed by false, hurtful claims are protected by defamation laws. Defamation law, on the other hand, frequently overlaps with rules protecting the First Amendment’s guarantee of freedom of speech.

As a result, just as it’s essential to safeguard individuals from the damages that false remarks might bring, it’s also vital to guarantee people’s freedom to speak freely and without fear of retaliation.[4]

In cyberspace, the notion of what constitutes a crime is still being defined. Cybercrime used to be described as the destruction or theft of computer data and programmes by governments and the federal government. Forgery, illicit gambling, cyber stalking, cyber defamation, and other actions have lately been added to the term.[5]

There are various places on the internet where defamation liability is a real possibility. A sensation of intimacy is created by a user being “alone” with his computer and separated from other users. There is no spoken/telephonic dialogue or dictated correspondence to arouse suspicion. Furthermore, the idea that the internet is a “free-for-all” cyberspace with no limitations or bounds causes users’ perceptions of social standards and propriety to become muddled.[6]

Defamation of a person using a new and significantly more powerful approach, such as the use of current electronic gadgets, is known as cyber defamation. It refers to the dissemination of derogatory information about another person in cyberspace or via computers or the Internet. Cyber defamation occurs when a person makes a defamatory comment about another person on a website or sends E-mails containing defamatory material to the individual to whom the statement was made.

The publication must be transmitted to a third party in order to be considered published for the purposes of a defamation action.[8]There is no rebuttable presumption of law that an article posted on a common Internet website has been published, or that it has been distributed to a significant number of individuals.[9]

A Claimant must show that a third party capable of understanding the Instagram post has displayed and seen that message or a webpage with an article forming the subject matter of the defamatory claim on a computer screen, mobile phone, tablet, gaming controller, or other device to prove publication as a fact. To be considered published, the item that is the subject of the defamation action must have been accessed and downloaded.

Even if it’s on a personal website, an online posting will almost certainly be read by a few people, satisfying the publication criteria.

Modified photographs that embarrass people or businesses are blatant defamation and are often shared on social media. It’s not uncommon for photographs or videos that have been altered to become viral. The less clear and ludicrous the change, the more likely it is that it will be deemed defamatory by a court.

As a content sharer or creator, make sure that any information you share about a person or entity is accurate and will not harm their reputation.

WHAT ARE THE LAWS APPLICABLE FOR CYBER DEFAMATION?

Section 499 of Indian Penal Code says that “Whoever by words either spoken or intended to be read or by signs and visual representations makes or publishes any imputation concerning any person intending to harm or knowing or having reason to believe that such imputation will harm the reputation of such person is said, except in the cases hereinafter excepted to defame that person.”[11]

Section 500 of IPC provides for punishment wherein “any person held liable under section 499 will be punishable with imprisonment of two years or fine or both.”[12]

Section 469 deals with forgery. If anyone creates a falsedocument or fake account by which it harms the reputation of a person. The punishment of this offence can extend up to 3 years and fine.

Section 503 of IPC deals with the offence of criminal intimidation by use of electronic means to damage one’s reputation in society.[13]

Section 506of IPC deals with the offense of criminal intimation by use of emails and other electronic means of communication for threatening or intimidating any person or his property or reputation.[14]

Section 66A, Information Technology Act,2000 – This law has been struck down by Supreme Court in the year 2015. The section defined punishment for sending ‘offensive’ messages through a computer, mobile or tablet.

The consequences of social media defamation can sometimes be far more harmful than we anticipate. As a result, internet defamation is thought to have more severe consequences than offline defamation. As defamation laws evolve in the Internet age, applying the principles of 18th and 19th-century cases to issues that arise on the Internet in the twenty-first century becomes nearly impossible. It is suggested that an independent cyber-crime investigation cell be established under the Central Bureau of Investigation. This cell should be set up on its own so that it is directly under the central government and can deal with cyber-crimes such as cyber defamation. Defamation laws should be broad enough to cover all forms of media. It will always be necessary to strike a balance between freedom of expression and reputation. As a result, present legislative measures must be reviewed to guarantee that the network environment is appropriately safeguarded against criminal activity. Because there is no definition of damage in the current legislation, it is difficult to impose the current heightened penalties.

(The blog is authored by Arya Panda, student of ICFAI University, Dehradun)