Crime against women is growing rapidly in India which is now intolerable in all the possible ways. It has acted as a torment of India’s advancement efforts. The women and the girls are becoming the endangered section of the society because of the number of crimes that are increasing day –by –day against them. In simple terms, crime against women means the violence that perpetrates against women irrespective of their age, class, religion and creed. 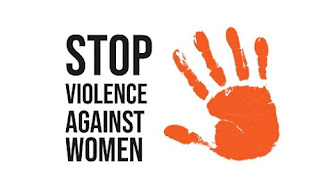 The issue of crime against women in India is very vast and extensive. More attention and abidance should be given to this issue than what it actually has. It is said that in Ancient India, during the early Vedic period the women were given equal status and rights like their male counterparts. They were even provided with proper education. But gradually during the medieval period, the status of women declined. Several ungodly practices and customs like purdah system, the practice of burning of widow or sati, child marriage etc. were started. However, there was progress in the status of women in the modern India. Many activists and reformers worked for the elevation and betterment of the status of Indian women. Despite all the efforts, the crime rate against women is increasing at an alarming rate.

The crimes against women in India have taken many shapes and forms. Women are the most suppressed and subjugated class of society. Everyday news like “Two men arrested for 13-year-old’s rape and murder”, “In-laws held for dowry death after UP woman found stuffed in suitcase”, “Panchayat vice president attacked with acid by husband in Idukki” make the headlines of the day. Here are few crimes that are common in nature:

Dowry deaths are one such common type of a crime that is committed against women. According to this old folklore, the bride’s family has to give a considerable amount of cash or kind to the groom’s family. The women are beaten up, abused and tortured for their incapability of not fulfilling their dowry demands. Generally in backward and rural areas the bride who belongs from a very poor family, when incompetent to reward the groom’s family; later on faces great physical and mental abuse and it is responsible for many serious crimes ahead.

As rightly said, – “While a murderer destroys the physical frame of the victim, a rapist degrades and defiles the soul of a helpless female,”

Rape constitutes a large segment of the violence that is committed against women. It is one of the fastest growing crimes today in India. The recent cases of “Kathua” and “Unnao” brought this menace again into the limelight. Nowadays newspapers and news channels are flooded with the headlines witnessing this heinous crime. Rape is the sexual intercourse with a woman, without her consent. Rape is one of the most brutal crimes that are committed against women. It outrages one’s modesty. After the occurrence of rape incident, a woman lives a very disturbing life that includes fear, mental trauma, trust issues, depression, suicidal thought and communal stigma.  But today women are opening about their own stories of molestation & sexual assault; they are more awake and open about the topic of rape. But, still the numbers of rape cases in India are increasing at a very high rate. Most often, the offenders go unpunished.

According to “Acid Survivors’ Trust International” every year around 250-300 cases of acid attack are reported.The advocates of the acid attack survivors say that the number of acid attacks is probably to 1,000. India has the highest number of acid attack incidence in the world. The rapidly growing number of acid attack cases shows, India’s impotence to grapple with this menace. Soaring number of acid attack cases which have been reported from Assam, Bihar, Madhya Pradesh, Tamil Nadu, Kerala, Punjab, Haryana and Delhi, highlights the fact that nothing has been done to control the availability of acid, despite the directive of Supreme Court, which was given 7 years ago. Usually women between the ages of 14 and 35 years are the victims. The acid violence often happens as to take revenge for rejecting the marriage proposal, for dressing provocatively, for sexual rejection of men and so on. It just shows the horrible mindset of such men. It is an expression of power and control over the women bodies. Acid attack survivors go through massive trauma, mental and physical agony, losing of their identity, not able to get out of their house, employment issues. It is about a lot of pain. Only a cup of acid is enough to damage a person and put her through unthinkable distress.

In our society, violence is prevalent almost everywhere and one of the most common type of crime which is committed against women is right behind the doors of a closed room. There are many unsaid and unheard stories of women who are being tortured, abused and beaten up behind these doors. And this heinous evil practice is happening not only in rural areas but in towns, cities and in developed areas as well. Like a legacy it is being passed on from one generation to another. One of the many reasons why this menace still exists in our society is, because of the conservative and primitive thinking of people that women are physically and mentally weaker as compared to men. Although, today women have proved to themselves and to the world, that in every sphere they are no less than men. According to United Nation Fund Report, “around two- third of married Indian women are victims of domestic violence.” In areas like Madhya Pradesh, Bihar, Uttar Pradesh and other northern states, more than 55 percent of women are subjected to domestic violence. As said by Rebecca J. Burns, “When I am asked why a woman doesn’t leave abuser I say: Women stay because the fear of leaving is greater than the fear of staying. They will leave when the fear of staying is greater than the fear of leaving.” Definitely, the day when women will overcome this fear of leaving, it will be a better place to live in.

The top 6 most unsafe areas for women in India are Delhi, Uttar Pradesh, Rajasthan, Orissa, West Bengal and Assam.

FIGURES REGARDING CRIME AGAINST WOMEN

Delhi, the crime capital reserves the first slot on the list of crime against women, with almost 160.4 incidents of crime per lakh of female population and Assam secures the second position.  3,305 rape cases were lodged in 2017, where the number rose and reached 4,335 in 2018. In 2019 the registered rape cases reached at the number of 5,997. Crime against women is a very deep issue & the gravity and seriousness of this issue comes livelier when we daily hear and see such news. Every day by media, hundreds and thousands of cases of sexual assault, rape, eve-teasing, domestic violence are being reported.

The “Nirbhaya Case”, where a medical student on 16th December 2012, was gang raped by 6 people in a moving bus; shook the whole nation. After Delhi Gang rape case 2012, under social pressure India expanded the scope of sexual assault and penalties were also increased for such crimes.

Crime against women is a social problem that affects thousands and millions of women in India.   This evil practice which still exist in our society and not only it exist, it is even increasing at an alarming rate because of deeply rooted patriarchy thinking in our society. Stronger laws can help, only if the attitude and the thinking pattern of the people changes. Gender equality should be taught to the child from very starting and equality is something which will not come eventually, we have to fight for it.

The lines by Mary Astel, makes us think profoundly, “If all men are born free, how is it that all women are born slaves.”

Brutality against women is deeply settled in our stereotypical society, it is in the roots. If we want to change the community, the society; we have to bang at the roots. Government has taken many steps like “National Mission for Empowerment of Women”, “Ujjawala”, “Beti Bachao, Beti Padhao”, “Reservation of women in many areas”, “Rajiv Gandhi Scheme for Empowerment of Adolescent Girls” to empower women. But again, these steps and measures will only be fruitful when the thinking mind set of the people will change.

This blog is written by Anuja Saklani.

1 thought on “Crimes Against Women is On Rise In India”