Nowhere in the Indian Evidence Act does the word confession be defined. All the provisions relating to confessions are under the title of ‘admission’.
The definition of admission as given in Section 17 also applies to confession. As per the section 17 ‘a statement oral or documentary which suggests any inference to any fact in issue or relevant fact is admission.’ 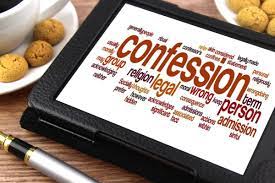 The Law in India was codified in the late nineteenth century. Prior to the same, the people in the presidency towns and various other states were introduced to strictly local laws as well as some principles of English law by various courts established by the Royal Charter.
Between 1835 and 1853 years, various Acts were passed by the Indian Legislature, which started various reforms in the India Evidence Act. The first similar law for the Indian Evidence Act was prepared by the Law Commission of India in the year of 1868. This bill was later removed because it was not enough in the case of ensuring that the theory of various English Rules.
The complete debarring of the custodial confessions from the evidence with the various cases in confession, leads to finding of any fact which was done in the present act with the various sections which deal with confession (Sections 24, 25, 26, 27, 28, 29, 30 of the Indian Evidence Act, 1872 and Sections 161 and 164 of the Code of Criminal Procedure, 1973) have been successfully carried forward. The Act was laid down for the purpose of establishing rules relating to the evidence. Sections 24, 25, 26 and relevant part of Section 27 of the Indian Evidence Act, 1872; are subject to the condition that when can confession be irrelevant.
The word confession is not defined in the Indian Evidence Act, 1872 and it attains its first appearance in the section 24 of the Indian Evidence Act. Mr. Justice Stephen has defined the term confession as any time an admission is made by a person who is accused of a crime. Thus, the accused will give an amount to make a confession if it satisfies the following requirements:
a) Clear admission of guilt or;
b) Admission as guilty can be derived from the statements given by the accused.

A Judicial Confession is one that is made before Magistrate or in a court due to judicial proceeding. Judicial Confession is relevant and is used as a proof against the manufacturer provided it is in accordance with provisions of Section 164 of Cr.P.C. The magistrate is the person who will record a confession under Section 164, Criminal Procedure Code, he must warn the accused who is about to confess that he may or may not be taken as an approval. After giving warning to the accused he must give time to think over the matter and after that only record the confession. Such confession is called judicial confession.

Section 24: Confession caused by inducement, threat or promise, when irrelevant in criminal proceedings
“A confession made by an accused person is irrelevant in a criminal proceeding, if the making of the confession appears to the Court have been caused by any inducement, threat or promise having reference to the charge against the accused person, proceeding from a person in authority and sufficient, in the opinion of the Court, to give the accused person grounds, which would appear to him reasonable, for supposing that by making it he would gain any advantage or avoid any evil of temporal nature in reference to proceeding against him”.
Following facts must be established for the provisions of Section 24:
(a) The confession have to be made by an accused person in authority.
(b) It must be appear in front of the court that the confession has been caused by any reason of inducement, threat or promise proceeding from a person in authority.
(c) The inducement, threat or promise must have any reference with the charge which is imposed against the accused person.
(d) The inducement, threat or promise must be appear to the Court that the accused who is making the confession, believed by making it he will gain any advantage or avoid any evil of a temporal nature in reference to the proceedings against him.
Section 25: Confession to police officer not to be proved
“No confession made to a police officer, shall be proved as against a person accused of any offence”.
The main objective of this rule is to prevent the extortion of confessions by police officers who in order to gain credit by securing convictions go to the length of positive torture.
Section 26: Confession by accused while in custody of police not to be proved against him
“No confession made by any person whilst he is in the custody of a police officer, unless it is made in the immediate presence of a Magistrate, shall be proved as against such person”.
This section will apply when the person in police custody is in conversation with any person other than a police officer and confesses to his guilt. The section is based on the fear, that the police will torture him and also force him to confess, if not to any police officer then at least to someone else.
Section 27: How much of information received from accused may be proved
“When any fact is deposed to as discovered in consequence of information received from a person accused of any offence in the custody of a police officer, so much information, whether it amounts to confession or not, as relates distinctly to the fact thereby discovered, may be proved”.
Section 27 is based on the principle that if the confession which made by the accused is supported by a discovery of a fact then it may be presumed to be true and not to have been extorted. In the case of Pulukari Kottaya v Emperor the scope of Section 27 was explained.
Section 28: Confession made after removal of impression caused by inducement, threat or promise relevant
“If such a confession as is referred to in section 24 is made after the impression caused by any such inducement, threat or promise has, in the opinion of the court, been fully removed it is relevant”.
This section deals with the confession which is made after the removal of inducement, threat or promise, then the confession is relevant.
Section 29 of Evidence Act: Confession otherwise relevant not to become irrelevant because of promise of secrecy, etc.
“If such a confession is otherwise relevant it does not become irrelevant merely because it was made under a promise of secrecy, or in consequence of a deception practiced on the accused person for the purpose of obtaining it, or when he was drunk or because it was made in answer to questions he need not have answered, whatever is the form of those questions, or because he was not informed that he was not bound to make such confession, and that evidence can be given against him”.
In criminal cases, the public interest lies in prosecuting criminals and not compromising with them. Therefore, where an accused is convinced to confess by assuring him of secrecy of his statements or his evidence will not be given against him, the confession is nonetheless relevant.