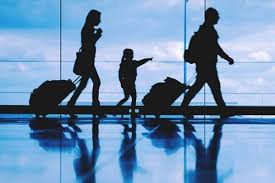 “Freedom is meaningless if people cannot put food in their stomachs, if they can have no shelter, if illiteracy and disease continue to dog them”

In a time when phenomenal economic growth stories of nations are no more sensational headlines and general equality is debated all around the world in a regular basis ironically 150million people globally have no sound roof over their heads. India itself accounts for roughly 1.77 million who constitute 0.15percent of the total population of the country.  While these individuals without a shelter are viewed as full citizens regarding voting rights, their right to a basic amenity is ignored on a daily basis; their existence in the city streets, railway stations and other public places which they occupy is seen as unwanted, legally unacceptable. However those  living in makeshift or inadequate housing are also not in a very good position either, while Indians living in slums popularly known as ‘Basti’ constitute 17 percentile of world’s total slum dwellers with a staggering population of 78 million, various state and non-state actors often harass them in a regular basis in violations of their rights.

Who Are Homeless And Inadequately Housed?

To understand the crisis we must also understand who are homeless and inadequately housed and under what condition they become so. Mainly the homeless are defined as those who live in streets without a proper shelter or people who have no fixed shelter for the purpose of residence. These people are driven to such miserable conditions under various circumstances, prominently forced evictions, people in many countries lose homes by government orders for construction of high scale housing or roads or other public projects, where the compensation may be minimal and the residents eventually become homeless for they cannot find new affordable housing. There is also an influx of immigrants where the number of individuals in demandof housing far outpaces the construction rate. There is also the matter of gentrification where the rich residents in a neighbourhood outnumber those with lesser financial stability eventually making housing  unaffordable.

The inadequately housed are those who are forced to reside in make shift houses in poorly planned and highly populated, densely packed urban or suburban areas, usually characteristic with poor infrastructure and sanitation. The main reason for them to  live in such hazardous condition being rapid rural to urban migration where people and families migrate from rural areas to urban areas due to better availability of jobs, health care and schooling but are forced to live in slums because of lack of affordable of housing.

The global outlook towards homeless and people living in inadequate housing or slums is varying, countries like Brazil and New Zealand are among those who recognise housing as a human rights crisis and have taken various measures to counter them or to protect the rights of those who are homeless or inadequately housed. For instance those who live in urban slums in Brazil are given permanent ownership of their land if they reside there for a period of five years or more, besides work towards modernising and equipping the slum areas to provide an adequate and healthy environment for those living there has also been done. While in New Zealand National Human rights commission has taken up the issue recognising it as a human rights violation and is pushing for better planning and legislation to deal with the rising property prices which is the main factor behind such mass homelessness in New Zealand. While the United Nations recognises homelessness and inadequate living conditions as a human rights failure, there are many countries who are not unified regarding the matter, for example United States Of America recognises the matter as a crisis and has taken up various programs over the years to revert back the flow, but has not officially taken up any legislation recognising it as a violation of Human rights. In China too behind the facade of shiny sky scrapers the huge numbers of urban villages which act as make shift shelters for migratory workers are a live example of the fragility of the system on which modern society is resting peacefully.

India’s position in the matter of rights of homeless and people living in inadequate housing is not very clear while the government and the judiciary have both recognised the plight of those without a shelter or an inadequate one; no proper legislation has been introduced till date to ease their pain. While India is a signatory to the Universal Declaration of Human Rights, 1948 the government’s outlook towards homeless and people living in slums is still mostly that of illegitimacy. In India the Rights of citizens are based on Constitution and among all the rights that are enjoyed by citizens of India including the homeless and people living slums, the foremost is the Right to life under Article-21 of the Indian constitution, which as mentioned by the supreme court of India in Francis Coralie Mullin Vs. The Administrator, Union Territory of Delhi & Ors [AIR 1981 SC 746], also includes Right to adequate housing as Right to life means life with human dignity which in turn also requires a healthy and adequate housing facility. However all that being true in a legal manner, the grim reality is that the unavailability of a proper legislation and absence of a overviewing body has given rise to a situation where the government on one hand fails to provide shelter to homeless in violation of Article-21 a fundamental right in congregation to Article-25 of Universal Declaration of Human Rights, as recognised by Karnataka High court, while on the other hand its actors make the lives of those living in slums impossible. For instance in 2015 the Indian Railways while demolishing houses in Shakur Basti(slum),  Delhi caused death of a six month old child and further robbed four children’s lives who died of cold at the absence of proper shelter, robbing them not only of their roofs in the midst of winter but also of their lives itself in violation of their right to life the most basic of all the constitutional and human right under  Article-21 and Article-3 of Universal Declaration Of human rights . While the act in itself was inhumane they further robbed 6000 residents of their shelter, further endangering their life. Despite the fact that all of this was done without a proper advance notice by the railways or any rehabilitation facility in violation of their Right to adequate housing even when some of the residents of Shakur Basti had been residing there for more than 30 years. While the event was distressing in itself, the bigger picture is even more grim, as reports suggests that 56000 children die every year of malnutrition in India’s urban slums, in complete violation of their Right to Life.

However the worries don’t end there, although there are a considerable number of homeless people in India the distressing matter is that more than 4 lakh of them are homeless children in the Indian streets, who often face physical and mental abuse in violation of their right under Article- 39(e) which guarantees protection from being abused they are further stripped of their Right to education under Article-21A and are often refused by hospitals to proper health care, in breach of their human rights under Article-25 and 26 of Universal Declaration of Human Rights.

While the Right of homeless people as voters is often secured by the government, their right to equality under Article-15 in availing social security schemesby government is often missed and a large section of them remain bereft of their benefits, while there is a breach in constitutional rights there is also a breach of their human right to have equal access to public services and the right to avail social security under Article-21 and 22 of Universal Declaration of Human Rights.

Thus in relation to the points of view regarding the human rights of Homeless and people living in inadequate housing, it is my understanding the thorough criminalization and police base action will not solve anything, rather a more inclusive policy frame work with stressing importance on both legitimization, modernization and proper rehabilitation will make the lives of those without a shelter or inadequate housing at present easy and healthy. While that being said,  the steps taken by the Indian government in the last decade are also commendable, policies such as National Urban Housing and Habitat Policy of 2007 and The Pradhan Mantri Awas Yojanato improve the lives of Homeless and people living in inadequate housing by regional planning, modernization and improving affordability of housing is a step in right direction.