Supervising and prohibiting the information ideas that are circulated among the people within a society. It refers to the examination of books, play, films, television live-streaming apps at other communication media for the purpose to cut or remove some parts which are thought to be objectionable or offensives. 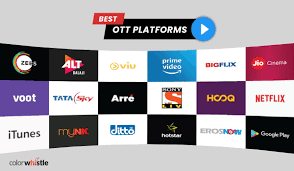 This censorship is mainly done by a governmental authority, local national, by a religious body, or occasionally by a powerful private group.
If this has to understand in the broadest sense, it refers to suppression of information, ideas, or artistic expression by anyone, whether government officials, private pressure groups or speakers, writers, and the artists themselves. In the more legalistic sense, censorship means only the prevention by official government action of the circulation of messages already produced. Thus writers who censor themselves before putting words on paper, for fear of failing to sell their work, are not engaging in censorship in this narrower sense, nor are those who boycott sponsor or dislike television shows.[i]

Yet all of these restraints have the effect of limiting the diversity that would otherwise be available in the marketplace of ideas and so may be considered censorship in its broadest sense. Not all censorship is equal, nor does all arise from government or external force. People self censor all the time such restraint can be part of the price of rational dialogue.

What are OTT platforms?

Over-the-top platforms, or audio and video hosting and streaming services started out as content hosting platforms but soon branched out into the production and release of short movies, feature films, documentaries, and web series themselves.

These platforms offer a range of content and use artificial intelligence to suggest to you the content they are likely to view based on their past on the platform most totally paid platforms generally offer some content for free and charge a monthly subscription fee for premium content which is generally unavailable elsewhere. The premium content is usually produced and marketed by 30 platforms themselves, in Association with stylish production houses with historically have made feature films.
As in India, there are no laws or rules regulating OTT platforms as it is a relatively new medium of entertainment.

There are different types of freedom or forms of liberation that everyone needs to be able to feel comfortable and accommodate in our society. Intellectual freedom is the right of each individual to access information that is both receiving and pursuit exclusive of any restriction or containment. Free expression of ideas at all angles can be termed as intellectual Liberty first of censorship is the control of informatory materials that are seen to be of great threat dangerous or might bring fierce public debate to our society, a nation, or even international.

In consequence, the main aim generally for his art in our society is to restrain and concealed beneath the disguise of defending the main fundamental public amenities that is the state, family, and the interest of society.

In India, the film certification was set up under the cinematographic act, 1952 far stop the act long with rules 1983 and guidelines 1991, set out the manner in which films are to be certified for exhibition in India by the censor board And this act states that “a film shall not be certified for public exhibition if in the opinion of the authority competent to grant the certificate the film or any part of it is against the interest of society”.

Censorship is practiced by institutions such as CBFC in the central Bureau of film certification established under the cinematograph act 1952. The CBFC is a film regulatory body that not only adheres to primitive standards of censorship but it’s also rigid about these standards.

Censorship is exercised through registration search section 95 of CCP which has the power to declare certain publications forfeited and to issue search warrants for the same.

In India, most of the laws can be easily manipulated and fit into convenient narratives. It is important to be aware of the legislation concerning censorship and to know that if the social media platforms are OTT platforms are censored.[ii]

The government has been decided to bring films and audiovisual programs made by these online content providers and their first challenge before the audit platforms would be keeping a check on their content. And the central government has brought the various platforms under the I&B ministry and this ministry also means that these platforms would also have to apply for certification and permission of anything which they want to present to the live streaming platforms. This in itself would give rise to many conflicts as most OTT platforms have content that could otherwise be censored by the certification boards in India.

There is a various point of views which was made by the movie directors, creators that creating regulation for OTT platforms such as Netflix, Disney hot star, Amazon Prime Video, And others to level the playing field between movies released in theatres and those released on streaming platforms. It is stated that the movies that directly released on OTT platforms do not have certification by CBFC and get an advantage over those that release in theatres. on the other hand, someone argued that there would be no regulation and if there will be a regulation then there should be self-regulation which should be limited to the certification the choice to view content, whether in the theatres should be left to the viewers. One time when it is going to certified then whether the content has violence, nudities, strong language, or any other predetermined feature it should be up to the people that they want to watch it or not and for the children occupied forms also provide the parental control. Anyone what they want to see or not all these things depend on them. This was the main aim that was argued by the directors.

Is censorship of OTT platforms is good or bad:

There are various bans that are made on the OTT platforms which were disliked by the public or which are against their society. The content which is provided on such a platform though in violation of various laws of the nation is still under Supreme Court’s observation. Whether the platform shall be under a self-regulatory body or there shall be proper legislation that provides for a statutory body to control and censor the content streaming on such platforms is an important question. Censorship is mainly supported by the people who are adults of the age of 40s. The main argument here is that censorship is that content on the OTT platforms is subscription on-demand, where viewers have a choice to pay and select what to watch. Apart from this the piracy of movies another factor why filmmakers take the route of OTT there are a large number of artists who don’t have enough money to portray their creative thoughts through cinema so here OTT comes as a great breakthrough for them. These platforms are the perfect platforms where a director can build a great story, and this is the reason why most of the viewers get attracted to the content provided by such platforms. On that platform, they are fearless of any event and they show various socio-political issues which cannot be seen in mainstream cinema. Even after censorship and cinema still, there has been a huge dispute with regards to various movies like Padma vat, PK, etc. So there exists no reason that after censorship of OTT platforms the content will not face any position. Also, the content available on subscription forms are affordable, belongs to the native language, deal with regional content, provides free trial facilities to the user and most importantly is convenient. In the current pandemic-like situation there is a huge rise in the viewers of OTT platforms. Which creates a greater increase in the income level of the streaming apps.

The main reason for doing this censorship is the shows which are streaming on the OTT platform like sacred games, in this series, was criticized as it mentioned some speculative lines on Rajiv Gandhi and also mentioned the before scams and this series has also hurt the feelings of Hindus by promoting Hindu phobia. Other than Netflix coming to Amazon prime they also deleted the scenes of political drama Madam Secretary because it was said that this show hurt the sentiments of various people as it deals with Hindu nationalism, India occupied Kashmir, the violence of Muslims by majoritarian society, etc. There was a plea filed to deal with the regulations against alleged streaming of obscene and sexually explicit content. They were alleged that these media content streamers are broadcasting content that is unregulated that is not to be shown on this series they are legally restricted they are showing nudity and insulting the reputation of the people they hurt the feelings of the people and what they are doing they have to be punished because the content can also be viewed by children under 18 years of age which exposes them to sexual acts terrorist activities and vulgar content and which is not good for our country because it can lead to the terrorism rape and other criminal activities etc. With regard to explicit visual content which could trigger trauma content scenes that are often a part of action films or films surrounding mental health, there should be a content warning disclaimer. Again a content warning disclaimer is not censorship of content but a piece of information for the potential viewer about what they should expect from the film. Film censorship is a tricky field since it has no objective boundaries it is based on the viewer’s sense of morality and morality, to a large extent is subjective. There were multiple questions have been raised regarding the autonomy of the CBFC to stop the motto of the CBFC’S to ensure the certification of films without restricting artistic liberties expression. The CBFC principal function is the certification of films and not the censorship of content.[iii]

There were many arguments that stated that censorship is wrong because for some people films seem to be unsafe but for others, it may seem progressive. So, it is unfair to dictate what to watch and what not to watch. These days, people are preferring OTT content over television content, because of the quality of content to stop but if it is censored the content stored to the same level as television content. This may discrete investment of the OTT platforms. Audit platforms created many employment opportunities, and lack of investment reverses the progress. There’s so much explicit content present on the Internet censoring only, OTT platforms leaving the entire Internet seems unfair.

So these are the arguments and these are the things which are stated here which conclude that censorship is both right and wrong because for some it is good and for some it is bad. Censorship in India today is a complicated offer due to ever-changing ideals of acceptability. We are at a time when all of us need to be more tolerant and more understanding of voices and ideas that stand in opposition to ours.

As we are looking at the scenarios which are going on nowadays there should be a need for an unbiased regulatory body. Internet content streaming cannot be controlled by a self-regulatory body and the body shall distinguish responsibility content on regulations total platforms and the government shall work together on this and end this issue once and for all. Nowadays public is looking for content that will bring out the truth of society deal with political issues and provide us regional varieties of content that don’t hurt the sentiments of a single class of people.

3 thoughts on “Censorship of OTT platforms and its various aspects”