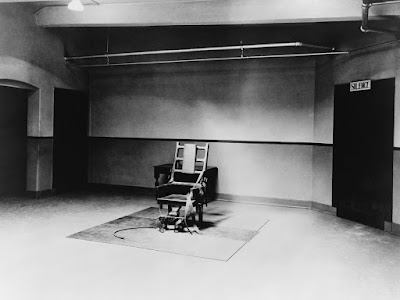 Since a civilian does not have the right to take an another’s life, why should the state?

First let us learn what is a ‘death penalty’? So, the death penalty, often known as capital punishment, is the state’s sanctioning of a person’s execution as a punishment for a crime. The death penalty and execution are terms used to describe sentences that result in a person’s death. The sentence is referred to as “execution.” A prisoner who is about to be executed has been sentenced and is now “on death row.”

Since the dawn of civilization on Earth, practically every society has used the death penalty to punish criminals and dissidents. With no developed jail systems prior to the nineteenth century, there was simply no feasible way of ensuring criminal prevention and incapacitation.[1]

I believe that we have progressed so much as a community but when it comes to giving severe punishment we use the barbaric death penalty, in different ways depending in which country you are. I agree that it is an extremely strict punishment, but has it really been that efficient?

Let us take the example of Norway.

The death penalty has been forbidden by the Norwegian Constitution since 2014; it was previously abolished altogether in 1979, and the criminal law has outlawed the death penalty in peacetime since 1905.[2]

Norway is only second to Finland in the 2019 in Worlds Happiness charts. Norway has a remarkably low murder rate. In 2020, there were only 31 homicides in the country, which is the highest number in seven years. Most of the homicides, according to the research, were committed by men. And the offenders were well-acquainted with their victims.[3]

let us take an example of USA.

In the country since 1976, 1,352 individuals have been killed by gunshots. The United States is one of the few countries in the world where the death penalty is still used. The number of executions in 2020 (17 cases) is lower than in 2019 (22 instances). The number of death sentences registered in the United States (18) has nearly halved since 2019 (35). After seventeen years, the Trump administration resumed federal executions in the United States, killing 10 people in five and a half months.[4]

The large increase in the homicide rate in the United States in 2020 is expected to continue into 2021. The homicide rate jumped by 18 percent in the first three months of this year compared to the same period last year, according to a survey of 37 cities.

To sum up, the effectiveness of the death penalty is debatable. As evidenced in the preceding paragraphs, criminals are unconcerned about the death penalty or the fact that the state has the authority to take away their lives if the gravity of their crime is severe. Returning to the first point of the article, why does the state have the authority to take away people’s lives? To make a point and instil fear in the minds of future offenders and the public, it turns out that the death penalty is ineffective; crime rates have not decreased, and in many countries, they have increased. So, what can be done to improve society if the death penalty is ineffective? The answer is that the government must become more creative with its punishment. In Iran, for example, a convicted acid attacker was sentenced to “one eye blindness, payment of blood money, and seven years in prison” by the country’s highest court.