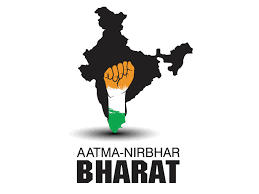 A small virus has led everyone to get locked into their homes. It started its journey from China’s laboratory and now it is travelling in the whole world. It is showing a huge drastic effects on the maximum population of the whole world. China gave it a name “COVID-19”.It is an infectious virus which attacks on respiratory system.. It has disturbed the economy of every nation. Our country is also suffering a lot. So, in order to maintain the economy of the country our Prime Minister Shree Narendra Modi has introduced the concept of being self- reliant and named it as an “ATMANIRBHAR ABHIYAN”. In this scheme we have to learn the meaning of being self- dependant and hence we are boycotting the goods of China. This is all happening due to the spread of COVID-19. We have to learn this concept as it has become so crucial. So, let us understand the meaning of Aatmanirbhar Package, initiatives taken and its legal and viable analysis.

WHAT IS AATMANIRBHAR PACAKAGE?

Atmanirbhar means being “ Self- reliant”. It means to be “Swatantra”. It is a scheme taken out by our Prime Minister Shree Narendra Modi. He gave a clarion call to an Atmanirbhar Bharat or Self- reliant India movement. It is a huge step towards the development of our nation. It was launched by the mention of “ Aatmanirbhar Abhiyan Package” or “ Self – Reliant India Mission”. He also outlined that there are five pillars of Atmanirbhar Bharat as Economy, Infrastructure, System, Vibrant Demography and Demand. This mission in the name of a package was launched during the Corona pandemic on 20th May 2020. It was very clarified by our Finance Minister Nirmala Sitharaman that launching this package does not mean that we are cutting our nation from other countries, in it our law minister Ravi Shankar Prasad added that being self- reliant does not mean an isolation, it only means being self- dependant. Still, in our country every foreign investment and technology is welcome.

It is a huge special economic and comprehensive package of Rs. 20 lakhs crore equivalent to India’s 10 % GDP. It aims to bring back our economy on its track so that it can move well. This package aims to provide more and more liquidity in the hands of an employee and employer so that they can face the difficulties of COVID-19. It also seeks to reduce a total provident fund contribution towards an employee from 24% to 20% of PF salary whereas the fund coming from the public sector units will remain up to 12%. It was estimated to usher an ample number of opportunities to every Indian, whether a farmer, employee and employer, workers, small entrepreneurs and to youth associated with some start ups.

The government took many initiatives after the launch of this package. There will be a massive change in the definition of MSMEs. In various private sectors the participation will be boosted up and its scope will be widened. FDI in defence sector will be increased. Solar manufacturer sectors have also supported and extoled this vision so hugely.

Our country has taken a massive step towards being self- reliant and there are various examples associated with it. The growth of Personal Protective Equipment (PPE) from zero before March to 1,50,000 pieces in the beginning of May , it is one of the finest examples in becoming self-reliant. India’s own Made in India 5G network was also announced in July and for the very first time, in July 2020, it was announced that Apple will launch one of its finest i-phone models in India.

If we analyse it legally the words will go in against of this package. This package should focus upon reforming the legal system specifically. As, it is also argued in many Economic surveys that the delays of legal system is also one of the biggest hurdles in the economic development of our country. This is not just about the judicial process only but it emphasises a lot upon the rules and regulations. Our Prime Minister Shree Narendra Modi have also clarified that ‘Law’ is the one of the pillars of our country in his vision. So, whenever anyone talks about any slogan it is also essential to stand upon it confidentally.

If we move much wider we will understand so suffice about the labour laws also. In this pandemic, our government suspended three labour laws in total of 38 which are 35 now. The decision of suspending labour laws especially during the pandemic where everyone is already with it is not right. It is an alarm to the industrial area that labourers will stand against them. It has made an abyss in between the industries and labourers. Despite of creating more opportunities it will led to greater issues. The concept of self- reliant mission teaches to be self- dependant, if labourers will apply it on themselves then industries will be at a greater loss and this will affect our economy at a higher level.

There has been a huge impact of it on MSMEs. This mission has led in a greater increase in the promotion and fair development of small and medium enterprises. The Insolvency and Bankruptcy Code, 2016 aims to protect the interests of small investors and it makes the process of doing business less burdensome, it is one of the impacts of this mission. After the introduction of this mission the decriminalization of companies has taken place. The protection of the interest of house buyers has also increased. There will be some new laws for farmers to sell their products without any barrier of price.

This mission is so viable for everyone. It is very helpful in alleviating our dependency upon foreign countries, It will help us in increasing economy at a huge level. It teaches us to endeavour so huge in making our economy high and at its level best. It will definitely increase more and more foreign investment also. We will be at huge profit and will develop a self identity also.

Atmanirbhar Abhiyan is a re version of make in “Make in India” programme. It is said that both programmes are intermingled with each other with a different tagline that is of “Vocal for Local”. Many opposition parties responded to this mission by giving various examples such as SAIL, IITs, AIIMS, and many more. It is also been said that this Abhiyan has been rephrased to” Fend for yourself” campaign. The calls which our country is getting for boycotting Chinese goods is difficult at an extent. It is practically difficult in the short term to boycott Chinese goods . There are many reasons behind it. One of the biggest reasons is that our country imports a lot from there and somehow China was behind bolstering our economy. For about $75 our country imported from China. The Swadeshi Jagran March alsosaid that if our country has taken a step in becoming self- reliant then China should not be given any projects also such as Delhi Meerut RRTS.

As being self- reliant means that we are dependant on ourselves more rather being dependant on others. It is more crucial for us to take a plunge into being more and more self -dependant in order to abate the dependency. We are needed to boycott those foreign goods . This will help us in getting a huge extol from others for having a good economy.