On September 6, 2018, India’s Supreme Court ruled that consensual homosexual acts would no longer constitute a crime.[i] This landmark judgment brought about a wave of change for the LGBTQ+ community in India. The groundwork for better protection has been laid and the Government’s stance on the rights of the LGBTQ+ community has also evolved considerably, but this does not affirm its assertive implementation and much more is required to be done for preventing discrimination on the grounds of sexual orientation and gender identity. Two years since the judgment has been passed, the LGBTQ+ community still face discrimination and are deprived of rights which are enjoyed and taken for granted by heterosexuals. 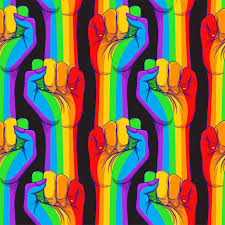 “Equality means more than passing laws. The struggle is really won in the hearts and minds of the community, where it really counts.”
Barbara Gittings
The Transgender Persons (Protection of Rights) Act, 2019 has also been criticized on the ground that it does not allow self-determination of transgender status and one is required to register with the Government as a transgender in order to avail for protection under the Act. The community is still deprived of the right to marriage, inheritance, employment, and face bullying, violence, workplace discrimination. These issues are required to be addressed urgently by the Government.

The Supreme Court, prior to reaching the LGBT+ verdict took various factors into account, the principle of anti-discrimination being one factor. The existing constitutional position in India is that it is not the object of the law in question but the effect it has on the individual due to the infringement of the right which matters. This is material as discrimination under a neutral provision such as Section 377 of the Indian Penal Code that does not distinguish between heterosexuals and homosexuals is never direct but occurs indirectly due to the disproportionate impact such a provision has on the lives of LGBT+ community.[ii]

Further, indirect discrimination and the disproportionate impact of Section 377 on the LGBT+ lives was established by the court when individuals approached the courts to enforce their rights through public interest litigation demonstrating the impacts of criminalisation of Section 377 through their own-lived experiences. The Court, then relied upon the heteronormative outlook of the society which confined relationships between heterosexual individuals as “order of nature” which ousted homosexuality from this supposed order. Therefore, the disproportionate indirect impact of Section 377 on LGBT+ lives proved to be a direct consequence of the heteronormative outlook that the society carried and a provision like Section 377 not only embraced but also reinforced it.

ANALYSIS OF THE VERDICT

The primary grounds on which the verdict was stated under the Constitution were:
1. Right to equality- Article 14
2. Right against discrimination- Article 15
3. Right to freedom of speech and expression – Article 19
4. Right to privacy- Article 21

Article 14 provides for the right to equality. Article 14 demands equal treatment of all the citizens of India before law. It does allow distinction to be drawn between individuals of different categories, but such distinction must be on intelligible differentia and should have a rational relation with the object which has been sought to be achieved. The Supreme Court held that there was no intelligible differentia between people “who supposedly engage in ‘natural’ intercourse and those who engage in ‘carnal intercourse against the order of nature'”.[iii]

Article 15 states that no citizen shall be discriminated only on the grounds of sex, religion, race, caste, or place of birth. Taking a wider interpretation of the term “only” held that, discrimination on “any” grounds, whether indirect or direct, founded on a particular role of the sex or sexual orientation, shall constitute discrimination under Article 15. The Supreme Court undertook an elaborate analysis in order to establish how criminalisation of sexual orientation violates LGBT+ rights and is discriminatory on the ground of sex under Article 15(1).[iv]

Right to freedom of speech and expression

Article 19 states that, all citizens have the right to the freedom of speech and expression The Supreme Court noted that consensual carnal intercourse among adults in a private space does not, in any way, harm public decency or morality.[v] Thus, Section 377 cannot qualify as a reasonable restriction which can be imposed on a person’s freedom of speech and expression.

Article 21 provides for an individual’s protection of life and personal liberty. The Supreme Court, over the years, has interpreted this right in a plethora of cases to include the the right to privacy, the right to live with dignity and the right to autonomy. The Court found Section 377 of the Indian Penal Code, 1860 to be violative of these constitutional rights.

Summarizing the four different but concurring views of the judges, the Court demonstrated that, the criminalisation Section 377 of the Indian Penal Code, 1860 indirectly discriminated the LGBT+ community, who were forced to lead sequestered lives, face social stigma and societal control. The societal notions on traditional gender roles and heterosexual outlook as “order of nature” have had grave effects on the lives of the LGBT+ community. Thus, Section 377 clearly conflicted with the prohibition on discrimination on the grounds of sex, which is both intersectional and encompasses an anti-stereotyping principle[vi] which led the court to decriminalise Section 377 through expansive reading of the constitutional rights and empowering the LGBT+ community.

Shifting India to being a nation that protects sexual and gender diversity will require action by multiple ministries and agencies at both the national and state levels.[vii]The verdict did bring about certain changes regarding the rights of the LGBT+ community, but there still exists a lacuna in the implementation of the laws. To begin with, there is no comprehensive anti-discrimination code laid down to safeguard the rights of the LGBT+ community. Therefore, special laws need to be enacted on this front. Amendment in education laws to include a spectrum of gender and not just “female and male” students, updating the curriculum which includes diverse gender and sexuality communities to impart accurate information to students. Training faculty and school staff to respond when encountered with abuse. Enumerating sexual orientation and gender identity in non-discrimination and anti-bullying policies is an important step toward acknowledging diversity, protecting vulnerable students.[viii] Providing equal opportunities in socio-economic activities. Spread awareness to sensitize the public towards the LGBT+ community at state as well as national level. Organizing seminars and workshops on their rights and creating a safer and supportive workplace culture for them. Further, to construct a cohesive and comprehensive LGBT+ movement there is an urgency to forge alliance with the feminists, subaltern and other movements. This would help raise the voices of the marginalized section of the society, which will create a societal as well as a significant electoral impact. Lastly, we must acknowledge the heterogeneous nature of the LGBT+ community. Ignoring the intersectional ties within the community could adversely affect the already marginalized and this would not serve the purpose of removing the deep-rooted inequalities in the society.

[i] The state of LGBTQ+ rights: ‘India does not have anti-discrimination code’ by Filip Noubel available at https://wap.business-standard.com/article-amp/current-affairs/the-state-of-lgbtq-rights-india-does-not-have-anti-discrimination-code-120071200179_1.html (accessed on 06/11/20 at 5:30 PM)
[ii] A Agarwal, ‘Asking Searching Questions to Forms and Symbols of Injustice: Indirect Discrimination, Intersectionality and the Principle of Anti-Stereotyping’ IACL-AIDC Blog, Symposium ‘Section 377 Judgement Expanding LGBT Rights in India’ (September 14 2018) https://blog-iacl-aidc.org/section-377-expanding-lgbt-rights-in-india/2018/9/13/asking-searching-questions-to-forms-and-symbols-of-injustice-indirect-discrimination-intersectionality-and-the-principle-of-anti-stereotyping (accessed on 06/11/20 at 5:45 PM)
[iii] India: Supreme Court recognizes rights of LGBT Community by Avik Biswas and Savithran Ramesh available at https://www.mondaq.com/india/human-rights/737300/supreme-court-recognizes-rights-of-the-lgbt-community (accessed on 05/11/20 at 6:00 PM)
[iv] Supra note 2. [v] Supra note 3. [vi] Ibid.
[vii] Section 377 is History but Young LGBT Indians need concrete Policies to Protect them from bullying by Kyle Knight available at https://www.hrw.org/news/2019/06/24/section-377-history-young-lgbt-indians-need-concrete-policies-protect-them-bullying (accessed on 05/11/20 at 6:30 PM)
[viii] Ibid.

10 thoughts on “Analyzing The Lgbt+ Verdict: A Dream Still Unrealised”