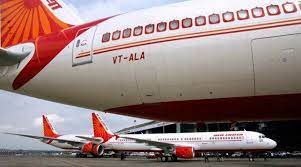 All the countries keep an alpha numeric registration code in order to provide identity to their flights.  These codes also represent the sovereign identity of the nation in front of the entire world. These unique codes of different countries also help in the necessary identification of the flight to decide whether that flight is a recognized/ authorized flight or a random flight breaching your territory. India uses a code of “VT, i.e. Viceroy Territory or Victorian Territory” on its flights which was provided to India when India was under the British Crown in 1929. But the question regarding the relevance of this issue has a tricky answer. Because on one hand, some people believe that this code is still a symbol of slavery while on the other hand some believe that the actual full form of ‘VT’ is Victor Tango and the financial implications of changing the code on all the flights are huge, therefore it is a waste of time and energy. In parliament this issue has been tabled a few times but no solid action has been taken after considering the financial implications. India is celebrating “Azadi ka Amrit Mahotsav” and trying to overcome all the symbols of British dominance. The questions regarding financial implications and sign of so called British dominance pose a challenge to the relevance of this code.

2)    VT in Brief – VT code or Viceroy Territory or Victor Tango code is a kind of an alpha numeric registration code allotted to India when it was a British colony in the year 1929. Most of our neighbours who were a part of British Empire have changed their respective codes such as Nepal, Sri Lanka and some other neighbours. ‘Viceroy Territory’ as the name suggests means that the respective territory is a part of British Empire or under the command of Viceroy for that respective region. These codes and mechanisms of institutionalizing things was a cunning technique of Britishers to mark the territory they are ruling. Recently, India celebrated its 75thIndependence Day, which shows the independence of India from any kind of actions or legislations that Britishers brought in the past. Some also believe that VT can be associated with Victor Tango, which has been a rich part of Indian Civil Aviation Industry and changing it would just be a waste of time and energy.

3)    Symbol of Slavery- The people who have observed this symbol on flights believe that ‘VT’ is still a symbol of slavery as we use a symbol which was present in the British times and India is now a sovereign nation and such symbols defy the independent nature of the country. But at the same time certain other stalwarts of public policy believe that this symbol was allotted not by the Britishers but by the International Air Transport Association which is devoid of any kind of bias, apart from that VT stands for Victor Tango rather than Viceroy Territory (term coined by the British). So, this question regarding the symbol of slavery cannot be answered with complete assurance.

4)    Parliamentary Debate over this Issue-

This issue of ‘VT’ as a call sign or a code has been raised in the parliament a few times, with the same logic that it represents British dominance, but was not answered in a very complete manner until last year. The earlier debates mainly revolved around financial implications of changing the code throughout India. One more angle came into light when it was addressed by Minister of State for Civil Aviation, that India has been assigned three call sign series by the International Telecommunication Union: ATA-AWZ, VTA-VWZ, and 8TA-8YZ.

During the International Radiotelegraph Convention in Washington, India was given the call sign VT.He added that ‘VT’ does not stand for Viceroy Territory, and that call signs that are close to India or Bharat, such as I, IN, B, BH, BM, and HT, have already been assigned to other countries. If the call sign is changed, documentation must be reprinted, flights must be repainted, and the aircraft cannot fly until the markings are updated. Flights would be halted throughout the process, which would have significant financial ramifications for airlines and the Civil Aviation Sector.

5)    Annex 7 to the Convention on International Civil Aviation-

The International Civil Aviation Organization has established Annex 7 as the minimum standards for the display of marks to identify proper nationality and registration that have been assessed to conform to Article 20 of the Convention. The Council originally adopted standards for aircraft nationality and registration marks on February 8, 1949, in accordance with Article 37 of the Chicago Convention on International Civil Aviation (Chicago 1944), and they were designated as Annex 7 to the Convention. They went into effect on July 1, 1949. The Standards were based on the recommendations of the Airworthiness Division’s first and second sessions, which were held in March 1946 and February 1947, respectively.

A petition was filed in the Bombay High Court seeking change in the code allotted to flights i.e. ‘VT’.

The court observed, “To begin with, there is no evidence that the Government of India is under any legal obligation to have the Code altered to any specific code or at all. Second, as previously said, based on the petitioners’ own declarations, there is no pleaded case of the Government of India breaching any legislative duty, assuming there is one, by allowing the Code assigned to the country by ICAO to be changed.”

The court was of the opinion that no interference of this court is required under Article 226 of the Constitution of India qua the issue/s stated by the Petitioners in the above Writ Petition and the Writ Petition is consequently dismissed,” the court said. The court ruled that the petitioners could use RTI to obtain any information they needed from the ministry of aviation. If they have any suggestions, they can also submit them to the ministry directly.

Though it was a common perception that ‘VT’ denotes Viceroy Territory but a logical analysis of this problem shows that VT, in the British times may have depicted their authority and their dominance, but with changing times the relevance of this code has also changed to a certain extent.

Financial Implications- It is obvious that the financial implications of changing this code on all flights can be huge. The reissuing of documents, repainting of these call signs on flights and other formal procedures will bring the country to a standstill for a few days in terms of civil aviation. This can bring a huge financial burden on Civil Aviation Sector as well as the various private airlines.

Discomfort to Fellow Passengers- The comfort of the passengers has to be taken into consideration before taking such a step. For a few days such flights will be closed, be it in phased manner. This will lead to discomfort amongst the passengers as the ones who have already booked the tickets for those days might face difficulties in context to their job, medical emergencies, pre booked holiday trips or certain other emergencies.

Perceptions regarding the Code ‘VT’- As there is no surety that VT stands for ‘Viceroy Territory’, because some people also associate this term with ‘Victor Tango’, it might be a waste of time and energy to change the code painted on all the flights.  Making such a huge decision just on the basis of perception of certain people regarding a certain code, further causing financial and other implications is not a decision to be made in a hasty manner.

Indian Authority over the Code- This code logically shows a complete Indian authority over its flights. Because India also has the authority to adopt a code from the series of call signs allotted by the International Telecommunication Union and this code is in accordance with the Annex 7 of Chicago Convention of 1944. Considering the fact that India believes the full form of ‘VT’ to be Victor Tango rather than Viceroy Territory further defeats the purpose of changing the code. The call signs that are close to India or Bharat have been allotted to different nations. Hence considering the option of sustaining the old code, becomes a reasonable option.

Lack of any proof for Viceroy Territory being the full form of ‘VT’- There is no certain documentation or proof which supports that ‘VT’ stands for Viceroy/ Victorian Territory. It might be possible that this was just a trick of the imperialists to command more authority over the aviation sector in India. Originally, it is believed that VT stands for Victor Tango, but such imperialist perceptions might be created in the minds of common people to further impose their authority.