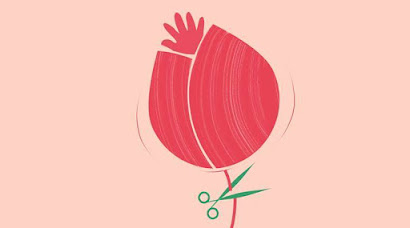 Abortion in medical terms means ending a pregnancy by removal or expulsion of a fetus before it can survive outside the womb. India is one among many countries that consider the social or economic circumstances of women to permit abortion.

When properly done, abortion is one of the safest procedures in medicine.But unsafe abortion is a major cause of maternal deaths, especially in the developing world.[1]

Abortion in India is legalized in certain circumstances. It can be performed on various grounds until 24 weeks of pregnancy.

Laws relating to abortion are in usage in India through the Indian Penal Code ,1860.
Prior to the Medical Termination of Pregnancy Act,1971 (MTP Act) abortion was criminalized under Section.312 of the Indian Penal Code,1860, describing it as intentionally “causing miscarriage”. The section provides that if a person voluntarily causes a woman with child to miscarry, shall, if such miscarriage is not caused in good faith for the purpose of saving the life of the woman, be punished with imprisonment of either,o description for a term which may extend to three years, or with fine, or with both; and, if the woman be quick with child, shall be punished with imprisonment of either description for a term which may extend to seven years, and shall also be liable to fine.

EMERGENCE OF THE MTP ACT:

Around 1960s, abortion was made legal in 15 countries. After that deliberations on a legal framework for induced abortion in India was initiated. The increasing rate of abortions put the Ministry of Health and Family Welfare (MoHFW) on alert.2 To address this, the Government of India instated a Committee in 1964 led by Shantilal Shah to come up with suggestions to draft the abortion law for India.The Parliament passed the Act in 1971 on the recommendation of the Shantilal Shah Committee in pursuance of the objective of legalizing abortion to address the growing number of unsafe abortions in India.

IMPORTANT PROVISIONS UNDER THE MTP ACT :

The Medical Termination of Pregnancy Act,1971 provides a legal framework to make comprehensive Abortion Care available to all women across the nation. Abortion can be done only on certain circumstances when :

1. Continuation of pregnancy is a risk to the life of the pregnant women.

2. There is a substantial risk that the child if born would have serious physical or mental abnormalities.

3. Pregnancy is caused due to rape (which presumably causes mental injury to the women).

4. Pregnancy is caused due to failure of contraceptives used by a married woman or her husband.

i. Who can terminate a pregnancy

ii. Till when a pregnancy can be terminated

iii. Where a pregnancy can be terminated.

Recently, the Lok Sabha passed The Medical Termination of Pregnancy (Amendment) Bill, 2020[4] (hereinafter, “Bill”) in March. It was deemed as a progressive step that seeks to empower Indian women and removes all obstacles for them to exercise the choice of abortion. Some existing provisions under the Act, appears problematic when analyzed. The permissible upper limit of 20 weeks for abortion done through permission of two medical practitioners is quite impossible in cases of victims of rape and sex trafficking, where unwanted pregnancies are detected only in the later stages. Also, such a process is cumbersome in areas which face a dearth of doctors, especially in the rural parts of the country.

Some major changes brought it by the Bill are :

This Bill is a step forward with regard to the abortion laws in India. It gives women a greater right and choice over their body and child birth. This amendment not only allows any woman irrespective of her marital status to seek an abortion but also protects her privacy by making it punishable to reveal her identity.7

ABORTION IN THE EYES OF RELIGION :

India is a country with various religions. Numerous religious traditions have taken a stance on abortion, but a few are absolute. All the stances taken by these religions are based on various teachings, ethics or religious prints. Some views of few religions that are present in India are discussed below:
Thus, all religions commonly opine that abortion is a sin/forbidden practice/crime. Similarly all religions aim to do such an act only during certain emergency circumstances and not any time other than that.
CONCLUSION :
Abortion is an issue for which there are debates all around the world questioning its legality. People supporting legality of abortion hold that it is an individual choice of a women and right over her body. Abortion laws and the MTP Act have made abortion legal on certain cases and provide care to the women. In a country like India, where belief in religion and culture plays an important role in the minds of people, abortion is still viewed negative in the eyes of religion and also in the eyes of law, except in certain cases. Despite some drawbacks, abortion laws have become more progressive in India today and is benefiting women in various parts of the country.
1. Preventing unsafe abortions (Visited 14 August,2020): https://www.who.int/news-room/fact-sheets/detail/preventing-unsafe-abortion
2. Gaur, K D. (1991). Abortion and the Law in India . Cochin University Law Review, 15, 123-143.
3. Section 3(2)(a), 3(2)(b), The Medical Termination of Pregnancy Act, 1971.
4. Section 5(1), The Medical Termination of Pregnancy Act, 1971.
5. Section 3(2)(b), The Medical Termination of Pregnancy (Amendment) Bill, 2020, 55 of 2020.
6. Explanation 1, Section 3(2), The Medical Termination of Pregnancy (Amendment) Bill, 2020, 55 of 2020.
7. Section 5(A), The Medical Termination of Pregnancy (Amendment) Bill, 2020, 55 of 2020.
8. http://www.bbc.co.uk/religion/religions/hinduism/hinduethics/abortion_1.shtml (Visited 13 August,2020)
9. http://www.bbc.co.uk/religion/religions/islam/islamethics/abortion_1.shtml (Visited 13 August,2020)
10. https://books.google.co.in/books?id=vgixwfeCyDAC&pg=PA119&redir_esc=y#v=onepage&q&f=false The A to Z of Sikhism. Scarecrow Press. pp. 65–66, 119. ISBN 978-0-8108-6344-6. (Visited 13 August,2020)
Image Credit :https://images.app.goo.gl/qi83kHCC3Mou4HU29

23 thoughts on “Abortion in India: A View Through the Lens of Law and Religion .”