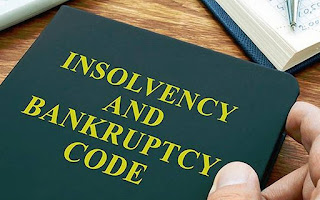 The Insolvency and Bankruptcy Code, 2016 ( IBC ) was a landmark reform in the fiscal and legal sphere. It was the first comprehensive as well as cohesive legislation to regulate insolvency in the country.1 It consolidated several different acts and created a refined rescue mechanism for businesses. However, when the Covid-19 outbreak hit Indian homes as well as markets and businesses, the Government decided to suspend the Code in March 2020. Additionally, as lockdowns were reimposed and the pandemic set its course, there were several amendments brought to the law via an ordinance that was promulgated on 5th June 2020.

The legal framework for insolvency and bankruptcy in any economy has significant impacts on various other aspects such as credit growth, debt rates, entrepreneurship and general economic growth as well. A strong insolvency regime serves two purposes; It saves businesses that are viable and facilitates the exit of those that are not.2 Additionally, its influence albeit indirect, in the banking environment must not be overseen. IBC’s presence was largely felt in the form of many positives when it comes to recovery rates and addressing India’s tryst with the issue of non-performing assets or bad loans. The Insolvency and Bankruptcy Code (IBC) has helped recover Rs 2.5 trillion from bad assets since 2016 compared to admitted claims of Rs 7 trillion, thus clocking a recovery rate of 36 per cent as of June 2021.3 India’s rank in ‘resolving insolvency’ indicator in World Bank’s ‘Ease of Doing Business Report’ has also seen an astonishing rise with majority of the credit to this improved insolvency regime.4

The law however does not come without its own set of drawbacks. One of the key economic indicators that is often overlooked while assessing the Code is job losses. The IBC has largely failed to curb the number of entities going into liquidation, which leads to the subsequent  loss of businesses and livelihoods. Further, the judicial mechanisms under the code,  NCLT and the National Company Law Appellate Tribunal (NCLAT), are overburdened with cases which leads to significant delays in the litigation procedure. The pandemic has only deepened the divide in achieving an efficient redressal system for debtors and creditors alike.

ORIGINS OF THE INSOLVENCY AND BANKRUPTCY CODE

Before the enactment of the IBC, India did not have an effective exit route or resolution mechanism for businesses. Although creditors could initiate recovery actions under the Indian Contract Act, 1872, or via special laws such as the Recovery of Debts and Bankruptcy Act, 1993 and the Securitization and Reconstruction of Financial Assets and Enforcement of Securities Interest Act, 2002, they did not score well in terms of being efficient. Winding-up processes under provisions of the Companies Act 1956, and Sick Industrial Companies (Special Provisions) Act, 1985 also proved to be rather unsuitable in dealing with Indian businesses struggling with bankruptcy.

By 2015, the stressed assets were menacingly high and in September of the next year it reached about 9 per cent of gross loans of all banks and 12 percent of gross loans of public sector banks, which accounted for more than 80 per cent of total non-performing assets. Major corporate entities were also showing interest coverage ratio of less than 1 implying an inability to fulfil debt obligations.5 India also lacked any previous experience of a legal framework for the insolvency process which only exacerbated the need for a robust reform. At the precipice of all this, the IBC was passed on 5th May 2016. The legal and economic reform that was envisaged by the Code was experimental in nature and also one of a kind.

FUNCTIONING OF THE CODE

The underlining focus of this Code is the framework that it visualises. It consists of the regulator (Insolvency and Bankruptcy Board of India) insolvency professionals ( IPs ), information utilities ( IUs ) and adjudicatory mechanisms (NCLT and National Company Law Appellate Tribunal-NCLAT). These institutions are made to promote ease of corporate insolvency resolution which is also time-bound.

It is essentially applicable to individuals and entrepreneurs, partnerships, Limited Liability Partnerships (LLPs), companies and other business entities. It comes into play at the time of their winding up or liquidation process. There are two processes under the code. The first one being the resolution process from Sections 6 to 32 of the Code where options for debtors’

survival is evaluated after reaching bankruptcy. The second process under the Code is liquidations, wherein the entity begins its winding up process and the assets are distributed.

The four institutional parts of the Code each have their own part to play in the insolvency process. First comes the regulator, Insolvency and Bankruptcy Board Of India, which directs the laws, guidelines, regulations, qualifications and every other piece of information necessary to regulate the Code’s functioning. The IPs are professional agencies under section 201 of IBC, 2016 that investigate the financial report and health of indebted entities, then provide a plan after assessing creditor claims and assets. They also provide a plan after initiation of the insolvency process. Then we have the IUs that are significant in collecting, disseminating, and analysing financial data of indebted individuals for the insolvency and bankruptcy procedure. The Adjudicating authorities will settle bankruptcy goals and mediate insolvency resolution for companies where the National Company Law Tribunal (NCLT) plays a significant part. These four pillars form the insolvency structure that this Code envisions.

INSOLVENCY AND THE PANDEMIC

Legal frameworks inevitably form a critical component of the agenda for a global recovery, amidst what can be referred to as an economic meltdown in its truest sense. The Insolvency and Bankruptcy Code ( IBC ) is one such legislation whose role and function are largely amplified in the post-pandemic world because insolvency activity has escalated on account of the Covid-induced financial stress. The IBC essentially filled the regulatory vacuum in India in terms of the insolvency regime but due to the economic shock and total contraction of the GDP, it now also bears the burden to provide some respite to several financially distressed corporate entities and fiscal institutions.

Since its enactment, the Code has seen five major legislative changes to sync with the dynamic fiscal environment. There have also been numerous amendments to smoothen the insolvency process. Further, the tribunals and courts of the country have dealt with various contentious issues that have led to landmark judgements in this aspect. Insolvency and bankruptcy are now entrenched and established disciplines of law in the Indian legal space.

to prohibit a resolution professional from filing an application under Section 66(2) for a default that has occurred during the Suspension Period.

This step essentially left creditors without any remedy against debtors who had defaulted during the lockdown. It largely impacted the recovery for lenders and also aggravated the existence of bankrupt firms without any exit route or option for restructuring. At the same time, the RBI imposed a moratorium on debt collection. However on the upside, the suspension of the IBC and the RBI moratorium averted the issue of parallel judgements, largely pro-debtor, that would have acted as judicial precedents and hurt debt recovery process in the long term.7

The ending of the suspension period on 25th March 2021 was a much-awaited decision. Although there were a few uncertainties with regards to its resumed function. One of them was whether proceedings could be initiated for debt defaults continued after the suspension period till after 25th March 2021. There were also concerns that insolvency applications would increase manifold after the NCLT resumes hearing. Moreover, the binding nature of the jurisprudence developed over the last year in terms of resolution plans and limitation periods also remained in the grey areas of insolvency litigation.

Streamlining the design of the IBC becomes pertinent in the context of adjusting to the new normal that the pandemic has set. It is also necessary to make it better equipped at not only aiding India’s economic recovery, but also setting course for modern & robust insolvency resolution in future. The Government’s role must also be broadened from merely a regulator and work in tandem with business entities to work on key aspects such as group insolvency and cross-border insolvency legislation which remain to be largely unexplored.

The interdisciplinary nature of insolvency laws accompanied by the meteoric rise in globalisation of businesses has made them a complex area of legislation. To ensure an efficient ecosystem of insolvency, it is necessary that the laws in India are dynamic in nature. Our laws must keep up with the global developments in this field, while simultaneously improving it on the domestic level to create a fertile environment for businesses to flourish.

Sustaining the efficiency in the IBC process is directly proportional to the efficiency of the NCLT due to its role in the culmination of the resolution process as an adjudicating authority. The addition of judges and more specialised benches must commensurate with the increase in insolvency activity in India over the last decade. Additionally, introducing viable incentives to reduce litigation must also be implemented to augment smooth functioning of the NCLT, which already deals with matters relating to company law and is often overburdened with IBC petitions. Easing the backlog in this manner will also help tackle the legal delays that afflicted the Debt Recovery Tribunals and ensure it does not happen with the NCLT.

Another aspect of insolvency that has gained significance in the recent past is cross-border insolvency. The pandemic has evidently displayed how connected businesses and supply chains are globally, where adverse impacts on one are felt across the world. Currently, the IBC entails cross-border insolvency under Sections 234 and 235. It had been observed by the Insolvency Law Committee (ILC)  that the present sections, “do not provide a comprehensive framework for cross-border insolvency” and that the “framework is susceptible to delay and uncertainty” for creditors, debtors and courts.” 8Moreover, the National Company Law Tribunal (NCLT), Mumbai, in the insolvency proceeding of Jet Airways (India) Private Limited, expressly recorded that, “there is no provision and mechanism in the I&B Code, at this moment, to recognize the judgment of an insolvency court of any Foreign Nation. Thus, even if the judgment of Foreign Court is verified and found to be true, still, sans the relevant provision in the I&B Code, we cannot take this order on record.”9The court recognises the pressing need to deal with cases where a debtor may have creditors and assets globally, ranging from numerous jurisdictions. The ILC also recommends the adoption of the UNCITRAL Model Law on cross border insolvency in the Indian Context. The IBC tribunals, in a few cases relating to cross-border insolvency, have applied provisions of the UNCITRAL law selectively which is a positive step in this aspect.

The IBC has been a pioneer in guiding businesses through an insolvency space that was largely difficult to navigate in the past. India must continue improve its bankruptcy laws to foster a better business environment during these unprecedented times that sets the tone for decades to come.

This blog is authored by Chandini Sahni, student of Government Law College, Mumbai.