This is fact that our existing judicial system cannot deliver speedy justice due to inherent delays, technicalities of procedure, by labyrinth of appeals and unaffordable cost and in every country the government incline their interest in private issues like social security, income tax assessment, the role of administrative in decision making for public. 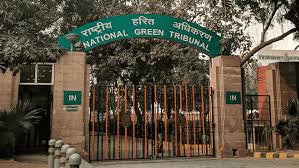 In response to the speedy justice and private interest, the government setup a institution to work for public interest; and those authorized institution are known as Tribunals.
The literal meaning of Tribunal is ‘Magistrate of classical Roman Republic.’ Tribunals are mainly quasi – judicial body which solve the disputes between the government and the citizen. It is reputated as fairness of justice, solve the disputes with very flexibility and speedly. Its function are like adjucating disputes, making administrative decision determing the rights between contesting parties and so on.
In India, Tribunals are generally use in four different sense:-
All the quasi – administrative body termed as tribunals and these bodies have to follow the rule of natural justice while rendering decision.
All the administrative bodies which are outside the control of department involved in disputes and decide disputes, which are free from any biases.
The term tribunal used in article 136 of Constitution of India and has special meaning. With reference to its special leave jurisdiction, the Supreme Court held that the authority must exercise ‘ inherent judicial power of the state’. The court would not hear an appeal merely from an administrative body, which in its decision making process is required to follow the principles of natural justice, if it is not discharging the inherent judicial powers of the state. Thus, the test to identify a tribunal is not control, composition or procedure but its functions. Consequently, every departmental bodies may be classified as ‘tribunals’.
Under article 323A and 323B, tribunals has been established by the 42nd amendment act, 1976.

But the main question arises that how to organize Tribunal in such manner so that it does not violate the integrity on constitutional judicial system. Tribunal thus may be organized as part of the civil and criminal court system under the canopy of Supreme Court of India as have been organized in U.K under tribunals, courts and enforcement 2007.

In Constitution of India, 1950 Tribunals were not Part of it, it was incorporated by 42 amendment act, 1976. Article 323A and Article 323B.
Article 323-A :- It deals with administrative tribunal. It mainly talks about establishment of Tribunals in public matter. Administrative tribunals shall establish by parliament and only one tribunal shall establish for centre and one in each state or two or more than two in state.
Article 323-B :- It deals with Tribunals in other matter. Under this article, parliament and state both are authorized to provide for establishment of tribunal in following matter:-

Tribunals perform like Civil Court relating matter like to examination, discovery, inspection, production of document , compelling attendance of witness and issuing commission. In absence of administrative requirement, tribunal shall follow the principle of natural justice.
Tribunals are also have give the reasons for their decision for the interest of public.
The principle of res judicata does not apply to the tribunal and tribunals are also not bound to follow any order of Supreme Court, tribunal which are working under the territorial jurisdiction of High Court by the law and laid by that High Court.

How tribunals are different from Court:

1. Tribunals are an institution created by statutes and invested with judicial power where as Courts are traditional judicial system and powers are came from state.
2. Tribunals are also known as quasi –judicial body and they have power to deal with some specific disputes whereas Courts have judicial power to try all kind of suits which are civil in nature.
3. The executive have power to decide tenure, terms and conditions of the services of members of administrative tribunals where as judges of court are independent of executive.
4. The authorized person of the tribunals are expert in the field of administrative matters but they are not very well trained but in courts the presiding officers are very well trained.
5. Tribunals are not bound by the evidences and procedures but they are bound by the principle of natural justice where as Court by all the rules of evidence and procedure.
6. The decision of tribunal may be subjective rather than objective where as the court must have to decide their questions on objective basis.
7. Tribunal cannot decide vires of legislation where as court can do so.

It is a well known fact that the tribunal plays important role in adjudication of disputes. It is very much different from the court in form of procedure they followed. Any uniform procedure laid down under Civil Procedure Code and The Evidence Act are being followed by tribunal, it only follow the principle of natural justice. But still try to deliver justice as same as Court deliver.

Image Credits
This blog is authored by- Varnita Tiwari

2 thoughts on “Tribunalisation of Justice”