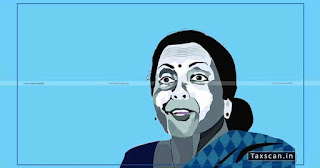 The Taxation Laws (Amendment) Bill, 2021[1]was introduced in Lok Sabha on 5th August 2021 & passed on 6thAugust 2021. The bill proposed to amend the Income Tax Act, 1961 and the Finance Act of, 2012[2]which would scrap the consequences of the Retro Tax amendment which had been done after a supreme court judgment on 20th January 2012 citing the case of Vodafone International B.V Vs Union of India &Anr.[3]

Condition before the Finance Act, 2012

Subsection 1 of section 9 clarifies that any income accruing or arising, whether directly or indirectly, through the transfer of a capital asset situated in India, shall be deemed to accrue or arise in India.

Condition and analysis of the Finance Act (Amendment) 2012

Explanations 4 and 5 that were added to the amendment clarified the issues further. Explanation 5 to the provisions of Section 9 (1) (i) covered all the transaction occurred or transacted from 1961 till 2012. The transactions involved the transfer of the shares of a foreign company that earns its value substantially from assets located in India, such as arising from any business connection, property, asset, or source of income situated in India.

If company A sells shares of B, it shall be deemed (and shall always be deemed) that the transferred shares of B of the USA, which is a capital asset, have been situated in India, as per the amendment made in the Finance Act, 2012. This transaction would attract the deeming provision mentioned in Section (1) (i), therefore, the tax would be payable to the Indian government. The 2012 Act had amended the IT Act to impose tax liability on the income earned from the sale of shares of a foreign company on a retrospective basis by mentioning the phrase “and always shall be deemed” (i.e., also applicable to the transactions done before May 28, 2012). As a result, the persons who sold such shares of foreign companies before the enactment of the Act (i.e., May 28, 2012) also became liable to pay tax on the income earned from such sale. The Department was now able to go after indirect transfers of assets situated in India which had occurred before the introduction of the Finance Act, 2012, and realize any demand raised on taxpayers, even where the taxpayer had a favorable judgment from the Supreme Court.

The amendment has widespread repercussions across the globe and India because of the parliament bringing a law that went back to 1961 in a retrospective way. The amendment created a sense of uncertainty and a lack of trust among foreign investors in India. The amendment also overruled a Supreme Court judgment of 2012 that went in Vodafone’s favor.

The Vodafone and Cairn Energy setback

The issue with retrospective tax began after the government in 2007 asked telecom giant Vodafone to pay capital gains tax after it bought a majority stake in the telecom operations of Hutch in India. The government of India then sent a notice to Vodafone seeking ₹11,218 crores claiming it withheld tax in the purchase and also imposed penalties worth ₹9,500 crores.The matter came again into the limelight after British energy major Cairn was asked to pay ₹10,247 crores in 2014 because of its move in 2006 to bring its assets under a single holding company, Cairn India Ltd during which it paid no tax during the process.

After several issues and a few clarifications by the then finance minister, the issue was taken to the Permanent Court of Arbitration with the invoke of clauses of the Bilateral Investment Treaty with the UK & Netherlands.

In the year 2020, The Permanent Court of Arbitration in The Hague held that any attempt by India to enforce the tax demand would be a violation of the country’s international law obligations. And the said demand raised using retrospective legislation would be a “breach of the guarantee of fair and equitable treatment” guaranteed under the Bilateral Investment Treaty with the Netherlands. It further ruled out that Vodafone is entitled to ‘fair and equitable treatment under Article 4 (1) of the treaty. Indian government lost this case to Vodafone which cost it $4 million.

The bill is introduced in Lok Sabha and it got passed by the president on 14thAugust 2021 to scrap the said retrospective clarificatory amendment made in Finance Act, 2012. It has proposed to amend the Income Tax Act, 1961 to provide that no tax demand shall be raised in the future on the retrospective amendment for any indirect transfer of Indian Assets if the transaction had taken place before 28th May 2012.[4]

As mentioned in the bill, it proposes to nullify this tax liability imposed on such persons provided they fulfill certain conditions.  These conditions are:

ii.                   if the person has initiated or given notice for any arbitration, conciliation, or mediation proceedings in this regard, the notices or claims under such proceedings must be withdrawn or the person must submit an undertaking to withdraw them,

iii.                  the person must submit an undertaking to waive the right to seek or pursue any remedy or claim in this regard, which may otherwise be available under any law in force or any bilateral agreement, and

Effects and views on the Taxation Laws (Amendment) Bill 2021

After the widespread criticism and two huge setbacks in an international arena, and in order to attract back the foreign investors to India, the Government has introduced the Bill in the Lok Sabha.The Bill seeks to dilute the impact of the levy on indirect transfers by nullifying its retrospective effect and extending this relief from retrospective operation to both pending and concluded proceedings involving such income. The decision taken will have a possibility, if the objective is achieved, to establish or re-establish India as an investment destination to investors across the world. The image of India being evolutionary in its legislation is a possibility of hope after the decision, giving away to the end of the retrospective tax regime, which will allow investors to enter India fearlessly. The country today stands at a juncture when quick recovery of the economy after the COVID-19 pandemic is the need of the hour and foreign investment has an important role to play in promoting faster economic growth and employment. Most litigations have approximately a decade behind them, the interest itself would have been almost equal to the tax amount now being refunded. To this extent, the entities who have been subject to the wrath of the retrospective tax will have to accept the proposed amendment with a pinch of salt. Though the decision may be coming in late, to a large extent is timely and is better than the legislation not being updated at all, this decision is a strong objective of the government to improve in the ease of doing business rankings. It has significance for the present government to undo the issues created by the governments of the past that haunts them now, with many investors backing it up and supporting the pleas of foreign investors. A move to give a hand back to the foreign investors and creating a business-friendly environment and ecosystem would be some effects of the proposed amendment.

[4] As on passed by the president