Skip to content
This blog is authored by Susmita Tripathy a student at DSNLU,Visakhapatnam.

“August 5, 2020 marks the death of Indian secularism and plurality and birth of Hindu Rashtra.” Many opinionated articles have been doing rounds on the internet starting with such lines. When our constitution fathers drafted the constitution, they did not use the word secular, and yet father of the constitution B. R. Ambedkar had said his philosophy was based on religion. Because they knew in Indian set-up, politics cannot be completely divorced from religion. In the last 35 years, many times, death of secularism has been claimed. Be it the time when the then government passed legislation upturning the Shah Bano case judgment, bringing a law to not give alimony to muslim women after divorce, or the time when Salman Rushdi’’s Satanic Verses was banned or the time when Rajiv Gandhi had allowed Shilanyas of Ayodhya temple and even started his political campaign from the very same place with his speech including ‘establishment of Ram Rajya’. 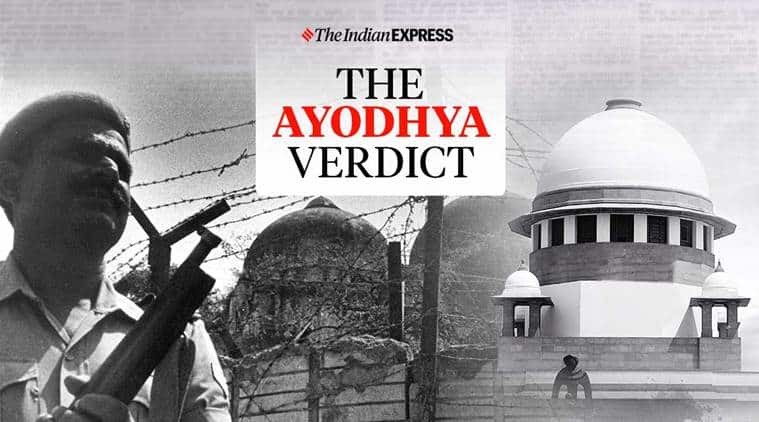 Rather, I feel the correct question should have been was secularism there in India in the first place? As SC Advocate Dr. Sidharth Arora says India was always secular, meaning it had tolerated infusion of other religions during the times India was invaded since time immemorial. Here, he says, we need to understand ‘secular’ and ‘secularism’ have the same level of differentiation as between ‘brother’ and ‘brotherhood’. According to basic structure doctrine, the grund norm seeks to reserve secularism which means respect to all religions. He remarks here, that India has “Sarva Dharma Sam-bhaav” meaning respect to all religions and it nowhere implies I cannot practice my own religion.  Moreover, many believe the word ‘secular’ was entered into the preamble[1] by the then Indira Gandhi government as a pro-minority stunt which was a borrowed western idea and this could not inculcate into India’s ground root fabric today. Thus, we are having to face the current waves of Hindu sentiment.

Even Yogendra Pratap quotes Swami Vivekananda stating “Secularism has failed to speak language of all religions. It has to give a new interpretation to practice of Hinduism today.[2] To this, Pratap Bhanu says its fallacious argument.[3]  Many Indians believe the death was not of secularism but of pseudo secularism. Pseudo or slam secularism refers to fake secularism where its supporters make hue and cry whenever there is any political or jurisdical stance, not according to their interests they seek to promote. Selective secularism, I would say, would be a more apt word, where supporters claim foul only when any step has been taken against Muslim agendas they had in mind. It is select secularism when you don’t raise voice against desecration of temples in Pakistan, execution of Hindus in Bangladesh, Kashmiri Pandit exodus; this shows the so called secularists in India have made their own interpretation of Indian secularism as pro-Muslim propaganda.

Now, coming to demolition of Babri Masjid and consequent Supreme Court order for construction of Ram mandir in Ram Janmbhoomi; this was a land dispute that was given the colors of religion by religious and political organisations that joined in the issue in order to profit from it. It is Rule of law that is supreme, that is above religion as well. And rule of law states Babar can impose tax on the area under contention but he can never be the owner. It was recorded by the English judge that all public accounts point to the presence of temple prior to construction of Babri masjid in 1528 A.D. When this is established, it is impossible to accept the otherwise well-put argument by Mr. Owaisi of AIMIM that land cannot be given on ground of beliefs. And title of suits should take into consideration what is above the ground not below. [4] At this point, our Subramaniam Swamy interjects asking why should we not have a uniform civil code, like our already functioning uniform criminal code?

It is not denied that Muslims did not worship there for 500 long years but so did Hindus. The purpose of masjid is establishing a place to read namaaz[5] and namaaz can be read anywhere. Which is why Muslims were given the alternative land of 5 acres in elsewhere place. The upholding of religious belief of crores of Hindus based on evidences like- 1. The ASI report that clearly stated 14 pillars excavated underneath masjid area shows non-islamic structure, that of a Hindu temple[6], 2. Hindus had continuously worshipped in the outer area since times immemorial (sidelining belief of local people)[7] are such facts which cannot be wiped off by poor counter arguments like Mr Owaisi said, the local artisans were employed in building the masjid thus they designed in ways they earlier knew of.

Now, a fundamental question that arose and brought wisespread criticism after Mr. Modi enjoined Vishwa Hindu Parishad and the Sangh in celebration of the judgment by attending the Bhoomi-pujan himself, “ can the head of the state be allowed to do this ?” One side argues even head of the state is an ‘person’ under Article 25 of the constitution and thus is allowed to practice, profess, propagate his religion. They also add that, for example, if head of state can visit a church in Sri Lanka or a Buddhist place in Nepal, he can also visit a temple in office capacity. The other side argues that when religion polarisation and communal disharmony is on rise, in this situation, when the head of state, also leader of a majoritarian party visits a temple, shows him pledging solidarity with that particular religion fuelling the already rising anti-Hindu sentiments.

In a session by Swaraj TV, the speaker raises some valid points to introspect- to the people who call India and Indians ‘intolerant’ (as the new term was coined in 2014, yet another politically driven façade by the opposition Congress government), in which country would they like to count themselves in, for sake of argument, if not India? Would they like to be counted in Pakistan, Bagladesh, Aghanistan or Syria? Another point the speaker puts- when the due process has been followed, where is the ‘collective shame’ term coming from. Lord Shri Rama is a significant person in Indian mythology and protecting his birthplace is a matter of pride, for all Indians.

If you go through the history of the case, which started when Mahant only wanted permission to build roof over outside Hindu structures  as protective shelter, that followed by a forcible placing of ram lalla’s idol in the inner dome of the masjid, to which the local court neither ordered investigation rather in the near future allowed Hindus to worship. Somewhere this shows failure on part of judicial system in controlling the issue. Also, it is a known principle of law that when final judgment is being given, no other proceedings relating to the current case issue should be pending in any other court of law. But the apex court having declared the judgment when the Babri masjid demolition case is still ongoing with its perpetrators roaming free is a significant contradiction and exception to be observed.

The Dec 6 1992 demolition caused widespred anti-hindu sentiments not just in India, but also in Pakistan and Bangladesh. Schools and offices were closed, about 30 hindu temples desecrated in Pakistan and also many in Bangladesh. This shows lack of foresight in not only the perpetrators but also the Narsimha Rao and Kalyan Singh government that failed to stop the demolition even when police and paramilitary forces were already posted on the scene of occurrence. If this is not a proof of criminal conspiracy, what is?

It is claimed the Prime Minister has redefined secularism which includes will of the people as its mandate. There is comparison of Babri Masjid-Ram mandir issue with that of Hagia Sophia which was believed to be both a church and a masjid. While dictator Kamal Ataturk decide it to be neither and made it a museum, although it was a secular verdict, it wasn’t democratically pronounced.[8] This move was rather reversed by successor Erdogan who was democratically elected.[9] But it did not show will of the people.

Respected leader Subramaniam Swamy continues to reiterate demands for 3 temples, Ayodhya Ram mandir, which was fulfilled, next they are targeting to get Lord Krishna janmsthan in Mathura and the third of Kashi temple. Even when Supreme Court tried putting an end to the matter to pave way for peace in the nation, such developments become cause of concern in fuelling communal tensions further.

Lastly, I would say, religion conflict was always there, be it prior independence or after. This does not break the diversity rather strengthens it. Because, in a democracy, everyone’s voice needs to be heard. It cannot be sidelined because it’s a minority nor it can be sidelined because it’s a majoritarian view. Hindus are equally entitled their say and their share like any other religion. It cannot be said to be biased if it is not appeasing the minorities as some interested parties and media would like it to. Today, the media is equally responsible like political parties. Someone to increase their TRP ratings, someone wants its election manifesto to appease people. Moreover it is high time parties at centre stop playing vote bank politics and focuss on what is actually significant pressing issues for example, maintaining law and order, increasing economy, to name a few.

2 thoughts on “The Ram Mandir Through The Lens Of Secularism: An Analysis Of The Judgment”