“The twentieth century will be remembered as a century marked by violence. It burdens us with its legacy of mass destruction, of violence inflicted on a scale, never seen and never possible before in human history…
Less visible, but even more widespread, is the legacy of day-to-day, individual suffering.
It is the pain of children who are abused by people who should protect them, women injured or humiliated by violent partners… This suffering… is a legacy that reproduces itself, as new generations learn from the violence of generations past, as victims learn from victimizers, and as the social conditions that nurture violence are allowed to continue. No country, no city, no community is immune.
But neither are we powerless against it.” Nelson Mandela[1] 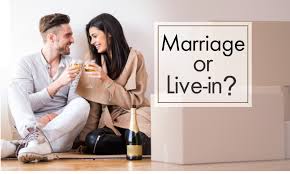 Domestic violence is experienced by women of all ages and social classes, all races, religions, and nationalities, across the world. This is a clear testimony of the historically unequal power relations between men and women. It has given birth to domination over and discrimination against women since time immemorial. Women have been deprived of the chance to full advancement and showcasing their capabilities. The social stratification of women in India leaves them as second-class citizens. Not to be escaped mentioning also is the fact that the Hindu Marriage Act,1955, places the men as first-class citizens and women as second-class citizens. Women are traditionally prejudiced, excluded, and family-related decisions and from politics too. Their opinions are rarely put into consideration and they have limited recognition despite their very important roles in society.

Domestic violence against women is basically understood as a violation of women’s human rights. This study reviles the presence of domestic violence in Indian women in live-in relationships and hence the need for legislation to protect them against such. In order to shed light on the basic concept of the study, it is essential to start with the definitions of important terms to the study.

The Protection of Women from Domestic Violence Act, 2005, defines domestic violence as:
For the purpose of this Act, any act, omission or commission or conduct of the respondent shall constitute domestic violence in case it:
a) Harms or injures or endangers the health, safety, life, limb or well-being, whether mental or physical, of the aggrieved person or tends to do so and includes causing physical abuse, verbal, emotional abuse and economic abuse,
b) Harasses, harms, injures, or endangers the aggrieved person with a view to coerce her or any other person related to her to meet any unlawful demand for any dowry or other property or valuable security,
c) Has the effect of threatening the aggrieved person or any person related to her by any conduct mentioned in clause (a) and (b),
d) otherwise injures or causes harm whether physical or mental to the aggrieved person.

Aggrieved person means any woman who is, or has been, in a domestic relationship with the respondent and who allergies to have been subjected to any act of domestic violence by the respondent.

It means a relationship between two people who live or have, at any point of time, lived together in a shared household, when they are related by consanguinity, marriage, or through a relationship in the nature of marriage, adoption, or are family members living together as a joint family.[2]

There is no legal definition of a live-in relationship in Indian law. However, liven-in relationships are also known as cohabitation. In this living arrangement, an unmarried couple will be living or cohabiting together. This can be for the long term and due to that fact, it is said to resemble the constitution of marriage. Moreover, the Indian courts have to some extent clarified the concept of live-in relationships through various judgments.

In the facts of the case, the petitioner filed a petition praying for the right to live anywhere with anyone as she was a major. The High Court of Allahabad held that the petitioner was a major and had the liberty to go anywhere and live with anyone as desired. Furthermore, the court of law held that a man and a woman, even without getting married can live together as they wish. Not to be escaped mentioning is the fact that the High Court stated that this decision may have been regarded as immorality in the eye of the society but it was not at all illegal.

The Indian legislature passed the Protection of Women Against Domestic Violent Act 2005 (PWDVA), which became effective on 1 October 2006. For the first time in the history of Indian legislation, this Act included women in live-in relationships. The definition of ‘domestic relationship’ is broad enough to cover all sorts of household arrangements with live-in relationships included. Essential also is the fact that the above-mentioned Act is a pioneering step to the protection of women against domestic violence in live-in relationships. Despite the cultural issues, some women experiencing domestic violence choose to seek legal protection, prior to 2006.

There is a lack of social acceptance, political support, and the judiciary is never expressly speaking up when it comes to legislation to protect women in live-in relationships. In reality, a lot of Indian women are not even aware of the Protection of Women from Domestic Violence Act 2005 and its provisions. There is a great need for legal awareness and under the Act, the government has the responsibility of providing awareness to the masses. Public media such as radios, televisions, and print media should also be of use in giving publicity of the provisions of the Act.

Above all, parents and teachers play a pivotal role in the upbringing of children, molding them into who they become in the future and change should start with them when it comes to the discrimination of women. They should serve as good role models to the young generation and strive to teach them good living conducts. This will help eradicate domestic violence and discrimination towards women that has been there since time immemorial.

6 thoughts on “The Protection Of Women In Live-In Relationships Against Domestic Violence In India.”