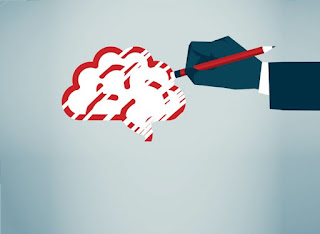 The Right to be Forgotten is a legal right that allows an individual to have his or her personal information removed from Internet searches and various registers provided certain requirements are met. Individuals have the right to request that their personal data be deleted from organisations and the internet.

The Right to be Forgotten falls under the purview of an individual’s Right to Privacy, which is governed by the Personal Data Protection Bill that is yet to be passed by the Parliament.

The Ministry of Law and Justice on the recommendations of the BN Srikrishna Committee has included the Right to be Forgotten as a statutory right under the Personal Data Protection Bill (2019). However, the position on whether this right is a fundamental right in India or not is currently unclear, although it might become a fundamental right if the upcoming Data Protection Bill is passed.

In 2009, the petitioner came to India from the USA and was immediately charged under the Narcotic Drugs and Psychotropic Substances (NDPS) Act, 1985. However, in 2011, the Trial Court cleared all the charges and acquitted the petitioner.

Thus, the petitioner filed a writ petition before the Delhi High Court requesting the judgment to be deleted from all the respondent’s websites. The petitioner further stated that when all the charges against him have been cleared then what was the objective of displaying the case in the public domain. The petitioner stated that by displaying such information in the public domain, his Right to Privacy which is guaranteed under Article 21 of the Constitution of India, 1949 is infringed.

The Court mentioned that currently, Indians do not have the ‘Right to be Forgotten’ which means presently there is no statutory provision to delete a being’s information from social media permanently.

The Court referred to the precedent of the European Union in which it was held that citizens have the right to request the commercial websites to delete information relating to them only when such information is misleading or irrelevant. Commercial websites are websites that gather personal information to gain profit. In the same case, the European Union stated that a citizen’s Right to Privacy is always superior to the economic interest of any firm, and in certain situations, it is also superior to the Right to Information of the public.

The Court stated that the Right to Privacy and the Right to be Forgotten go hand in hand. Furthermore, the Delhi High Court bench consisting of Pratibha M. Singh held that Google India Pvt. Ltd., Google LLC, and Indian Kanoon will have to remove the petitioner’s case from their domain.

Other important cases on Right to be Forgotten

In this case, Zulfiqar Ahman Khan, the plaintiff, was the Managing Director of a media company. Quintillion Business Media Defendant No. 1 ran www.Quint.com, a digital news platform. Defendant No. 2 worked at Quint.com as an editor, and Defendant No. 3 wrote the allegedly libellous pieces.

Defendant No. 3 published two articles against Khan on October 12, 2018 and October 31, 2018, based on three sexual harassment charges it received from anonymous people. Khan responded by filing a defamation complaint against Quintillion Business Media, seeking a permanent injunction to force Quintillion Business Media to take down the original articles and remove references to them from search engines. Khan said that the charges were baseless and that he had suffered a great deal of personal and professional damage as a result of them. Quint.com, he alleged, did not contact him prior to publishing the piece, resulting in the dissemination of a one-sided and defamatory narrative.

Quint.com stated that it was prepared to take the two pieces down for the length of the legal procedures, therefore they were taken down. Meanwhile, once Quint.com withdrew the items, they were reposted verbatim by a website called www.newsdogapp.com, which credited Quint.com as its source.

The Delhi High Court single judge-bench consisting of Pratibha Singh held that while the lawsuit was pending, Quint.com was ordered to delete and not republish the two pieces. It acknowledged Khan’s right to his reputation and his right to privacy, both of which include the right to be forgotten and the right to be left alone.

It further ruled that throughout the pendency of the current litigation, any republication of the substance of the challenged articles, or any extracts or excerpts thereof, as well as modified versions thereof, on any print, digital, or electronic platform, be prohibited. The Court also directed that its ruling should be sent to other digital platforms and search engines so that the articles and search results would not be reprinted in any way.

The Court ordered that search engines assure the order’s execution within 36 hours after receiving notification of the ruling. In this case, the courts recognized the right to be forgotten to be indispensable. Everybody has the right to be left alone.

In this case, Subhranshu Rout, a young male, visited her classmate Rupali Amanta on May 3, 2020, and raped her. Rout threatened Amanta that if she told her family or the police about the event, he would “eliminate her and also make her intimate scenes viral on social media”. He then made a fake Facebook account in Amanta’s name and posted videos of the occurrence there. Rout removed the content from Facebook when the police intervened.

The judgment was delivered by a single bench judge of the High Court led by Justice S.K. Panigrahi.  In addition, the Court looked at the legal status of the right to be forgotten in India.

The Court focused on the impact of the films and photographs being published on Facebook on Amanta, as well as the status of the right to be forgotten in India. The Court said, notwithstanding Rout’s removal of the Facebook video following the police intervention, information in the public domain is like toothpaste; once it’s out of the tube, you can’t get it back in, and once the information is in the public domain, it’ll never go away.

The Court held that in circumstances where a victim’s right to privacy has been seriously infringed or violated, the victim or the prosecution may seek appropriate orders from the court to have the infringing information deleted from public platforms. Court ordered that such content be removed in order to preserve the victim’s fundamental rights.

In this case, The plaintiff was a well-known actor in Indian television and film, particularly in Bengali movies. She was approached by Ram Gopal Verma Studios, a well-known Indian film producer, and promised the lead role in a web series. On this basis, She was involved in the making of the web series demonstration video/trailer which includes explicit sequences of the total, frontal nudity (Suit Videos). The idea was eventually shelved, therefore the series was never produced.

The plaintiff filed an anonymous application with the Court requesting interim protection against the Suit Videos’ publication, streaming, or other broadcasting, as well as a total takedown of the Suit Videos. The action was based on the idea that the Suit Videos infringed on her privacy, caused her reputation to suffer, and jeopardized her career. Certain websites, internet service providers, and search engines were among the defendants in the lawsuit.

The plaintiff argued that the right to be forgotten was recognized by the Indian Supreme Court in Justice KS Puttuswamy and Anr. v. UOI and Ors., (2017) 10 SCC 1, as an inherent and intrinsic part of the Right to Privacy, and that she was entitled to her privacy as a fundamental right. She cited precedents like Jorawer Singh Mundy v. Union of India, 2021, Zulfiqar Ahman Khan v. Quintillion Business Media (P) Ltd., 2019, and Subhranshu Rout v. State of Odisha, 2020, where Indian High Courts recognized this right and awarded interim relief in situations involving the right to be forgotten.

The defendants further claimed that the plaintiff lacked legal standing to exercise her right to be forgotten as it has no statutory protection. They stated that the plaintiff should have gone to the publishing sites and requested that the Suit Videos be removed instead of this search engine defendant. In Dharamraj Bhanushankar Dave v. State of Gujarat, 2017, Anchit Chawla v. Google India and Ors., 2017, the defendants cited case law establishing that courts have rejected the plaintiff’s request to disable search results in the manner sought by the plaintiff.

The Court’s verdict was delivered by Justice Asha Menon. Nonetheless, the Court determined that the Suit Videos were explicit in character, as defined by Rule (3)(2)(b) of the Rules 2021. As a result, the Court rejected the defendants’ contention that the plaintiff was not entitled to any legal action or other remedies because she agreed to the production of the Suit Videos. Even though the plaintiff willingly filmed the Suit Films, she had made it apparent that she had not consented to license any of the URLs, websites, or search engines to publish and transmit those videos to YouTube.

Indeed, the Court deemed it important that the Suit Videos’ creator removed the videos from his YouTube channel and website after the plaintiff filed a complaint, demonstrating that he respected her decision and safeguarded her feelings. The plaintiff should not be refused interim relief on the same grounds if the defendants were likewise disseminating the content for evident monetary and other obscene gains. Even if he did not comply with the request, the producer of the Suit Videos may have argued that the plaintiff had consented to the nudity, the Court reasoned, but the defendants had no such permission.

Given that the dissemination of the Suit Recordings had an obvious and immediate impact on the Plaintiff’s reputation – especially where the videos were of an explicit character and the publication was against her choice – the Court held that the plaintiff’s right to privacy should be respected.

In 2017, the Right to Privacy was declared a Fundamental right by the Supreme Court in its landmark verdict Justice K.S. Puttaswamy v. Union of India (2017). The Court said at the time that “the right to privacy is protected as an intrinsic part of the right to life and personal liberty under Article 21 and as a part of the freedoms guaranteed by Part III of the Constitution”.

The European Union stated that a citizen’s Right to Privacy is always superior to the economic interest of any firm, and in certain situations, it is also superior to the Right to Information of the public.

Hence, the concept of the Right to be Forgotten and how it is protected under Article 21 of the Constitution along with the recent case of Jorawar Singh Mundy v UOI (2021) is one of the important judgments of the Delhi High Court. This was the first time in which the Court ordered the removal of access to its complete final judgment from certain spaces.

This article has been written by Sneha Mahawar pursuing BBA LLB from Ramaiah Institute of Legal Studies. The article discusses the concept of the Right to be Forgotten with the help of landmark judgments.