Mergers and Acquisition happen with the sole intention of expanding the business and to make a bigger share of profit. Cross border mergers and acquisitions have grown at a tremendous rate in the recent years as compared to the early period. Such Mergers and acquisitions have a very wide range of complex arrangement and involves a considerable amount of legal statute in the process. Implications are different in each case due to the different laws in different jurisdictions. 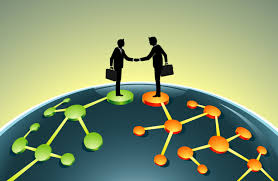 This article will focus on the legalities involved in the process of cross border mergers and acquisitions.

The term is not defined in the companies act 2013 or in any other statute. As a concept the term merger means the combination or arrangement of two enterprises into a single unit by sharing the assets and liabilities of the following and making a bigger name in the industry. The term acquisition or takeover means the purchase of the target companies share capital by the acquiring company. An acquisition happens when the acquirer obtains more than 50% of the target company. Takeover happens when the target company feels the need of selling of his business in order to stay in the race, it can happen in any of the two ways i.e. Hostile or Friendly.

Section 234 of the companies act 2013 deals with the cross border merger and acquisitions. A foreign company, may with the prior approval of the Reserve Bank of India, merge into a company registered under this Act or vice versa and the terms and conditions of the scheme of merger may provide, among other things, for the payment of consideration to the shareholders of the merging company in cash, or in Depository Receipts, or partly in cash and partly in Depository Receipts, as the case may be, as per the scheme to be drawn up for the purpose[iv].
If the company decides to adopt the Indian Depositary Receipts route, the SEBI (Issue of
Capital and Disclosure Requirements) Regulations, 2009 and the SEBI (Listing
Obligations and Disclosure Requirements) Regulations, 2015 will be applicable.

Rule 25A of Companies (compromises, Arrangement and Amalgamation) Rules 2016 lays down the procedure to be followed during merger or amalgamation of foreign company with an Indian company. The rules state that a company can merge with a foreign company incorporated in any of the specified jurisdictions, prior approval of the reserve bank is required for the merger and compliance with the provisions of Section 230, 231 & 232 of the companies act and rules. The foreign company needs to obtain a valuation by the recognized professionals of the following jurisdiction according to the international accepted principals of accounting and valuation[v].
Later, after getting approval from the Reserve bank of India the company need to file an application in the company law tribunal according to the provisions of section 230 to 232 of the Act.

The foreign exchange management regulations define the term “cross border merger” as any merger, amalgamation or arrangement between an Indian company and foreign company in accordance with Companies (Compromises, Arrangements and Amalgamation) Rules, 2016 notified under the Companies Act, 2013[vi]. Section 47[vii] has the authority to make regulations to carry out the provisions of the act. In order to have a successful cross border merger or acquisition one needs to follow these regulations. There are separate procedures for both types of mergers i.e. Inbound and outbound.

A person resident in India shall comply with the provisions of the Foreign Exchange Management (Transfer or issue of any Foreign Security) Regulations, 2004 while acquiring the securities of a foreign company. The guarantees and borrowings of the Indian company shall be repaid according to the Scheme sanctioned by the NCLT in terms of the Companies (Compromises, Arrangement or Amalgamation) Rules, 2016.

In case of cross border mergers and acquisitions the companies are required to have a clean chit from the Competition Commission of India (CCI) showing that the companies are not involved in any kind of anti-competitive activity and the merger will not have an appreciable adverse effect on competition.

Section 5 lays down the threshold which needs to be checked by the companies for filing an application for combination in the CCI. The thresholds in India is relatively high as compared to other jurisdictions. If the merged enterprise formed after a cross-border merger has assets worth more than $500 million, or turnover more than $1500 million; or the group to which the merged enterprise belongs has assets worth more than $2 billion, or turnover more than $6 billion then such combination will come under the purview of the CCI.

Another issue which becomes a source of conflict in these cross border combinations is because of the multiplicity of jurisdictions as the competition authorities in different nations have different opinions regarding the same thing. Section 32 states that any agreement entered outside India or any other matter or practice or action arising out of such agreement or dominant position or combination is outside India which have an effect on competition in India is considered to be the jurisdiction of the competition authority of India[viii].

Apart from the mentioned enactments there are some other statutes also which need to be followed during the process of a cross border combinations in order to have a successful merger or acquisition. The Insolvency and Bankruptcy Code 2016, Income Tax Act 1961, Stamp Duty Act 1899 and Transfer of Property Act 1882 are the leftover enactments which needs to be followed by the companies. Only after following these enactments the two companies that are willing to combine their businesses can be termed to be a single entity.

In the present situation of global pandemic and the excess decline in the GDP the domestic companies are seeking help from each other in order to remain in the industry. Cross border merger or acquisition turns out to be an important source of help for the survival of Indian companies and not only firms in India but there are firms abroad which needs supports and the big companies are taking full advantage of this situation in order expand their business. In conclusion it is not wrong to say that merger and acquisitions around the globe have turned out to be as savior for many businesses belonging to the MSME sector.