Violence is defined under the law as the unlawful exercise of physical force or threatening by a certain force. It is the intentional use of physical force or power against oneself, another person, or against a group or community, that either result in or have a high likelihood of resulting in injury, death, or psychological harm. 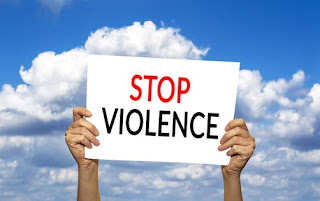 Rape is sexual intercourse that is forced on another without the person’s consent or against the person’s will. This act is a crime but the legal term for it varies from state to state. Some states label this crime like rape, while others refer to it as sexual assault, sexual battery, or criminal sexual penetration. Besides what a state calls this offense, however, most agree on the definition as sexual penetration or sodomy without consent or the persons will. However, this research work seeks to address the relationship between violence and rape.

Research supports the association between adult sexual violence and poor mental health. Sexual violence is any sexual attempt against a person’s sexuality regardless of the relationship to the victim. It is considered one of the most traumatic and most common human rights violations. It is a serious health problem and has a short or long-term impact on physical and mental health such as reproductive health problems. Sexual violence and rape results in an increased risk of suicide or HIV infection. Also sometimes it results in murder. Mostly women and girls are the ones who suffer from sexual violence, however sexual violence can occur to anyone at any age even men who suffer sexual violence too. Most of the time people are assaulted by people who are close to them. It can be a family member,partner, or stranger. Women and children are far more likely than men to be sexually assaulted or raped. In other cases, students are raped and sexually assaulted by their teachers in schools and Universities, which can be to obtain favors and good marks. However, it should be noted that Sexual Violence can be informed of abusive behavior, including physical and emotional abuse.

MEASURES OF VIOLENCE AND RAPE

A number of strategies were put into place to maximise the safety and well-being of participants. These included: providing all women with resource cards on completion of their survey; ensuring that doctors were provided with information on responding to disclosures of Sexual Violence and child abuse; ensuring that all team members were trained to respond sensitively to participant distress; and providing private spaces in which to speak with women if needed.

Judge Virender Bhat has suggested that the legal proposition of relying upon the sole attestation of the victim became “an easy weapon” to incriminate anyone in rape case Justice Kailash Gambhir of the Delhi High Court stated that penal provisions for rape are often being misused by women as a “weapon for vengeance and vendetta” to harass and blackmail their male friends by filing false cases to extort money and to force them to get married Saamna, the mouthpiece of the Shiv Sena in an editorial noted while supporting the Deputy Inspector General Of Police in Mumbai in an alleged rape complaint that it has become “a fashion to create a sensation by charging someone for rape and molestation while Shonee Kapoor, founder of Sahodar Men’s Right Group, demanded that the name of the accused should not be made public till conviction. In 2014, as per a report submitted by the Delhi Commission for women 53% of reported rapes in 2012-13 were found to be ‘false’. This report considered the cases that were dropped before going to trial as false and failed to differentiate between the cases dropped due to coercion and cases where it was clear that women were lying.

. In 1991, the 4 Rajputana Riffles unit are alleged to have entered the village of Kunan Poshpora and raped between 30 and 100 women aged between 13 and 100 The Indian government carried out three inquiries into the allegations and concluded that it had been a hoax.

. In May 2014 two girls aged 14 and 16 were allegedly gang-raped and murdered in the northern state of Uttar Pradesh, though later investigations have alleged suicide as the cause of death in this instance. Two police officers were suspected of involvement in the crimes The alleged gang rape was widely reported in the press both in India and globally

Associations between Rape and Sexual Violence affects the victims well being. However sexual violence penetrated by an intimate partner is more traumatic as compared to sexual violence by a stranger or another person. Many women lose their families, health, and husbands due to rape. People who are raped at a young age usually grow with such norms thinking Rape is right and normal. Sexual Violence provokes horror and people are afraid to speak out when they are sexually assaulted or raped. Rape is also due to seduction and desire. People should be taught that sexual violence or rape is a serious crime.
Author: Thandeka Mzungwana, Parul University, Vadodara,Gujarat