Meaning of the term ‘Judgement’

The term ‘Judgement’ is the combination of two words which are judge and statement that can be described as an act of judging. Judgement is the result of judging. Section 2(9) of The Code of Civil Procedure, 1908 defines the term ‘Judgement’. Every judgement consists of certain facts related to the suit filed, the issues involved therein, the evidence submitted by the parties of the suit, and findings based on the evidence, arguments & issues. Every judgement acts as a precedent for future cases. It is an indispensable element of the judiciary. 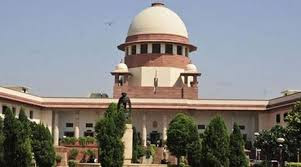 Both the panels gave a clean chit to the CJI Ranjan Gogoi but the reports of the panel were not made public due to which inquiry proceedings were widely criticised by several lawyer bodies as opaque and unfair.

It is a 70-year-old case, the judgement of which was delivered on 9th November 2019. After the hearing of 40 continuous days, the Supreme Court unanimously held that the entire disputed land of 2.77 acres in Ayodhya must be handed over for the construction of Ram Mandir. Using its power under Article 142 of the Constitution of India, the Supreme Court held that an alternate plot of 5 acres must be allotted to the Sunni Waqf Board for construction of the mosque. The Supreme Court also observed that the destruction of Babri Masjid in 1992 was a violation of the law. The Act of placing idols beneath the central dome of the mosque in 1949 was an act of ‘Desecration’.

In the year 2016, the Government of Maharashtra enacted the ‘Maharashtra Prohibition of Obscene Dance in Hotels, Restaurants and Bar Rooms and Protection of Dignity of Women (Working therein) Act, 2016’. After the enforcement of the Act, all the dance bars in Maharashtra were under the complete ban.

A case was filed and the Supreme Court held there cannot be a total prohibition of dance bars in Maharashtra. Moreover, dance bars were not to put CCTV inside the bars as they invade the Right to Privacy of an individual. But a CCTV at the entrance was made mandatory. This Act enacted by the Maharashtra Government contained a provision that stated that a dance bar can be opened only at a distance of a minimum of 1 km from the educational institutions. This provision was removed by the Supreme Court as it prohibits the Right to conduct business. The complete prohibition on serving alcohol is removed by the Supreme Court. The stringent conditions imposed by the Government for getting a license for dance bars were relaxed.  However, the showering of currency notes was banned. Thus, the blanket ban on Maharashtra dance bars overturned.

This case is related to Article 19 of the Constitution of India. In this case, a Bengali film named ‘Bhobhishyoter Bhoot’ was declared as unofficial and a ban was imposed by the Government of West Bengal. Police authorities by citing law and order issued by the government had coerced the movie screens to withdraw the film.

The bench of the Supreme Court consisted of Justice C.Y. Chandrachud and Justice Hemant Gupta said ‘Free speech cannot be curtailed by fear of mob-violence’.

The Supreme Court stated that the police are not in a free society the self-appointed guardians of public morality cannot decide what is correct for the public to watch and vice-versa. The uniformed authority of their force is subject to the rule of law. Thus, the Supreme Court removed the ban imposed on the film and awarded the filmmakers with compensation of Rs.20,00,000/-.

In this case, the Supreme Court held that CJI falls under RTI that is Chief Justice is a public authority under the Right to Information Act. To support this judgement Justice C.Y. Chandrachud stated that it is necessary to put information related to how a judge is selected on a public domain i.e., putting information in the public realm. However, the Court also underlined the importance of maintaining confidentiality in some aspects of judicial administration.

This case is also known as the Sabarimala Review Petition Case.

The original case was Indian Young Lawyers Association vs. State of Kerala, which was filed in the year 2006. A landmark judgement was delivered in the year 2018 with a majority of 4:1 and the prohibition of women entering into the Sabarimala temple was removed for all ages of women. Against which this case was filed namely, Kantaru Rajeevaru v. Indian Young Lawyers Association.

The major issue stated is whether the Supreme Court has the authority to interfere in essential practices of religion or not. To examine this matter a larger bench was referred. By 3:2 CJI Ranjan Gogoi, J. Khanvilkar, and Indu Malhotra expressed that the issue of whether the Court can interfere in essential practices of religion needed examination by a larger bench. Justice Chandrachud and Justice Nariman dissented the idea of a larger bench as most of the issues have been discussed in the judgement of 2018. It was further stated by Rohinton Fali Nariman, let every person remember that the ‘holy book’ is the Constitution of India.

In this case, the Supreme Court issued its guidelines which stated that any individual who is accused of a serious offence such as offences which are punishable with a life sentence or death then the advocates representing such accused shall have a minimum of 10 years of practice at the bar.

Karnataka Extension of Consequential Seniority to Government Servants Promoted on the Basis of Reservation (To the Posts in the Civil Services of the State) Act, 2018 was introduced to explain consequential seniority.

This Act was challenged in this case. It was held that if once seniority is attained due to some consequences then it will be retained no matter what. The Supreme Court declared this Act as a valid exercise under Article 16(4A) of the Constitution of India.

In M. Nagaraj vs. Union of India, the Supreme Court held reservation in the promotion of government servants is not mandatory but it is left to the State’s discretion. Thus, the reservation of SC’s/ST’s in promotions upheld in the Karnataka Act.

In this case, the RERA Registration of the Amrapali group was cancelled.

The bench of Justice Arun Mishra and Justice U.U. Lalit found that the Amrapali group had siphoned off homebuyers money with the connivance of Greater Noida and Noida authorities.

The Supreme Court held the judgement in three-pointers, firstly, cancelled the registration of the Amrapali group under Real Estate (Regulation and Development) Act, 2016. Secondly, directed the National Building Construction Corporation (NBCC) to take over its pending construction projects in Greater Noida and Noida. Lastly, directed the Enforcement Directorate to take action against Amrapali’s director and authorities under the Prevention of Money Laundering Act (PMLA) and Foreign Exchange Management Act (FEMA) by filing a lawsuit.

This article is written by Sneha Mahawar from Ramaiah Institute of Legal Studies.