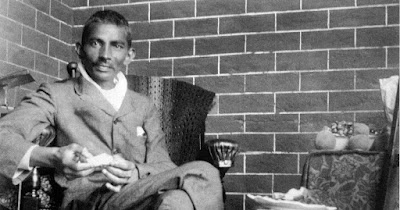 INTRODUCTION AND THE NEED OF GANDHIAN ETHICS IN CONTEMPORARY WORLD

Mahatma Gandhi was an epitome of ethics and discipline whether it be his professional life or personal life. With the simplicity and humility of his existence, he was a spirit of great insight with an iron will and an uncompromising resolve that rattled the British strength to its core. And that is why, due to the simplistic yet magnanimous impact of his philosophy, also known as Gandhian philosophy, people from all over the world are inspired to adopt his way of thinking.

Though there is a need of discipline and ethics, in both the spheres of life, however, especially the professional arena is deeply struck with the question of the right way or the ethical way to do something. Ethics are not only needed at workspace to maintain harmony and co-ordination, but also, to solve problems and moral dilemmas that professionals encounter daily during their work. Thus, Gandhian policies have been advocated and even adopted by several workplaces and professions and established as rules and code of conducts.

However, there are several misconducts still observed in professions such as legal profession, where transparency and laws hold supreme value. That is why enforcing Gandhian ethics would be a way out to sensitizing the Legal Professionals of the current era, about the importance of ethics.

Gandhi remained a harsh critic of Indian courts and attorneys in his writings and public statements. He argued that the Indian court system favoured the wealthy while exacerbating the plight of the poor. He would, however, advise lawyers to prioritise “truth and service” over the profession’s privileges.

He insisted that he had never once strayed from the path of truth and honesty during his time at the bar. “A lawyer’s job is to present the truth to the judges and assist them in arriving at it, never to prove the guilty as innocent.”[2]

In his book Hind Swaraj or Indian Home Rule, published in 1909, Gandhi slammed lawyers for encouraging and prolonging lawsuits. He emphasised the importance of lawyers in promoting reconciliation.

Gandhi blamed lawyers for legitimising the charge that Indians “love quarrels and courts as much as fish love water.” They were also chastised by Gandhi for their unspoken support for the British colonization.

In his scathing criticism, he doesn’t stop there. According to him, men take up that profession, not to help others out of their miseries, but to enrich themselves, he continues in the book. It is one of the ways to become wealthy, and they have a vested interest in increasing the number of disputes. “They seem to enjoy it when men get into fights, according to my knowledge. Petty pleaders are the ones who make them. Their touts suck the blood of the poor like a swarm of leeches[3].”

He argued that justice should be made more affordable and efficient.

Gandhi, on the other hand, never lost sight of the profession’s positive features. In SB Kher’s book The Law and the Lawyers, Gandhi offers the advice that, petition writers must keep in mind that they are writing to busy men who aren’t always sympathetic, are occasionally prejudiced, and are virtually always willing to back up their subordinates’ decisions. Petitions must be read and analysed by public servants and journalists who do not have a lot of free time.

It is not legislation that will cure a popular evil, Gandhi says in the book, referring to the ideal aim of law in a civilised society. It will take intelligent public opinion to accomplish this. Gandhian philosophy appears to be a breath of fresh air in this period of despair, as citizens are increasingly considered as mere breathing bodies by governments and dominated by draconian laws: A law can touch the body, but not the mind. Only love and persuasion can affect the mind.

THE MOST IMPORTANT ETHICS IN GANDHIAN PHILOSOPHY –

He placed a strong focus on the purity of the means used to achieve noble goals. The Himalayas are as old as the truth. Everyone recognises its worth and power, but Gandhiji used it in every part of his life, demonstrating that keeping to the truth can lead to success even in the most difficult of endeavours. There is a common misconception that to be a successful lawyer, one must distort facts and provide information that isn’t entirely accurate. Gandhiji, on the other hand, was not like that. He has been searching for the truth since he was a child. A lot of events in his life demonstrate that he chose the road of truth despite countless obstacles. He disproved the assumption that no one could be a successful lawyer without lying. He believed that practising law without compromising the truth was not impossible. In England and South Africa, he had stated that attorneys were intentionally or unconsciously persuaded into lying for the sake of their clients. He railed against an English lawyer who claimed that a lawyer’s job was to defend a client even if he knew he was guilty. Gandhi, on the other hand, was adamant that a lawyer’s job was to present the judge with accurate information and assist him in reaching the truth, not to prove the guilty as innocent, and thus preventing miscarriage of justice in any form.

Gandhi’s contribution to innovating socio legal activism by authoring the first human rights report that in India is called the fact-finding report in relation to the Jallianwala massacre that occurred in the Punjab. The British government itself assembled a commission to look into the to look into the massacre what happened why it happened and how to prevent such things in the future but in this respect when a government is establishing a commission to criticise itself, two things happen one is that they  cannot rely on the veracity of the conclusions that are found in this fact-finding Commission because everybody is part of the dominant and the second point is that when a government examines itself it establishes its own monopoly on the truth and nobody else has access either to the truth or to other sorts of facts that would allow them to challenge that truth.

Some simple examples of this are there in relation to the environmental practices of the Indian government go hand-in-hand with certain mining or logging companies and fact-finding reports are routinely conducted by environmental activist groups or in the case of the Bhopal disaster the fact-finding reports were crucial in informing the wider public about the realities of the event contrary to what was put out by the corporations and by certain sectors of the Indian government so fact-finding is a means of empowerment and a means of providing a kind of challenge to the monopoly of the truth that the state claims to possess this is a legacy of Gandhi’s education in law that has proved quite important for all subsequent human rights advocacy in India.