The Companies (Amendment) Bill, 2020, introduced in Lok Sabha on 17 March 2020, empowers the Central Government to allow Indian companies to list their securities on certain foreign stock exchanges. This enabling provision will promote ease of doing business and provide an opportunity to tap the global capital markets. Under the existing legal framework in India, direct listing of equity shares of companies incorporated in India on stock exchanges in jurisdictions outside India is not permitted. Similarly, companies incorporated outside India cannot directly list their equity shares on stock exchanges in India. 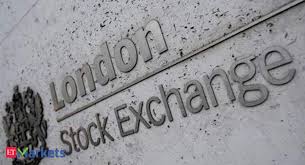 In view of the ongoing liberalisation of the capital markets in India, the Securities and Exchange Board of India (“SEBI”) constituted the ‘Expert Committee for listing of equity shares of companies incorporated in India on Foreign Stock Exchanges and of companies incorporated outside India on Indian Stock Exchanges’ (the “Expert Committee”) on June 12, 2018, with a view to facilitate Indian Companies to directly list their equity shares on Foreign Stock Exchanges and Foreign Companies to list on Indian Stock Exchanges. The report of the Expert Committee dated December 4, 2018, (the “Report”) among other things, recommends the following:
a. Direct listing of securities of Indian Companies should be permitted only on stock exchanges of permissible jurisdictions.
b. The principles to identify these permissible jurisdictions should be similar to the principles laid down by the Reserve Bank of India for listing of ‘masala bonds’ on Foreign Stock Exchanges.
c. Amendments to the Foreign Exchange Management Act, 1999, including Foreign Exchange Management (Non-Debt Instrument) Rules, 2019, the Companies Act, 2013 including the Companies (Significant Beneficial Ownership) Rules, 2018, the Income Tax Act, 1961 and the rules made thereunder, and the SEBI (Issue of Capital and Disclosure Requirements), 2018, SEBI (Listing Obligations and Disclosure Requirements), 2015, SEBI (Prohibition of Insider Trading) Regulations, 2015, SEBI (Substantial Acquisition of Shares and Takeovers) Regulations, 2011, SEBI (Buy Back of Securities) Regulations, 2018, and SEBI (Delisting of Equity Shares) Regulations, 2009 should be carried out in order to provide for compliance and other requirements for such direct listing on multiple stock exchanges.
d. Investors and intermediaries should be required to register and conduct their business in compliance with know your client and anti-money laundering requirements of the concerned permissible jurisdictions.
e. The company should prepare its consolidated financial statements in accordance with applicable accounting standards in India for the purpose of statutory reporting, even if the laws governing foreign jurisdictions may require presentation of these financial statements either in accordance with accounting standards accepted either domestically, or globally.

As elaborated in the Report, direct listing of equity shares of an Indian Company on Foreign Stock Exchanges and direct listing of Foreign Companies on Indian Stock exchanges would result in the following benefits:
1. Benefits to the Indian Economy: Direct listing on a Foreign Stock Exchange will enable the Indian Companies to derive the same benefits which are currently enjoyed by their international counterparts, thereby benefiting the health of Indian economy. The economy will also benefit from development of a world-class financial system which provides capital to companies incorporated outside India. Further, easy access to Indian capital by Foreign Companies will also improve economic relations of India with other countries.
2. Benefit to the Indian Companies: Direct listing of securities of an Indian Company on Foreign Stock Exchanges would provide such companies an alternate source of capital and broader investor base, thereby enabling them to diversify their capital-raising activities rather than relying only on the domestic market. In addition, start-ups and emerging-growth companies in India would be able to access capital from investors overseas, who may be more receptive to their securities than their Indian counterparts, given the fact that the Indian investors typically only invest in companies with proven track records and stable stock prices.
3. Benefits to foreign companies: Indian capital markets, in the recent years, has created an impression of a credible corporate governance framework and general investor confidence due to SEBI’s business-like and facilitative approach, thereby benefitting the Foreign Companies due to their association with Indian capital markets.
4. Benefits to Indian Investors: When global assets and securities would be made more visible and accessible in the domestic market, the portfolios of Indian individuals and institutional investors, which exhibit lower levels of diversification in the present, are likely to be more diversified. In addition, participation in the equity share capital of Foreign Companies would also enable Indian investors to have a share in wealth generated by multi-national corporations.

Listing of securities of companies on stock exchanges in jurisdictions different than home country, although beneficial in general, is an expensive process, primarily due to costs involved in the initial and ongoing listing expenses. Listings on multiple stock exchanges could also place more burden on management, given the additional time required to communicate with investors in the foreign jurisdiction. There may also be a requirement to produce accounts under different sets of accounting rules, leading to reporting of different results in different markets. In addition, domestic investors should have access to the same information as international investors and therefore, all published information might have to be produced in multiple languages.

Additionally, divergence in the price of securities on different stock exchanges would be a common phenomenon, primarily due to different time zones in which the stock exchanges operate, leading to different trading hours and significant price movement in one market. It is pertinent to note that the stock price of a company listed in multiple jurisdictions, after taking into account transaction costs and difference in exchange rates of two currencies, should be approximately the same in both jurisdictions, or arbitrageurs would step in and exploit the price differences. Therefore, a company before listing its securities on stock exchanges not in the same jurisdiction as the home country, should thoroughly study the chances of its viability in international capital markets as against the financial, legal and managerial limitations such direct listing might bring.
Image Source
Author: Nayani Agarwal, National Law Institute University, Bhopal