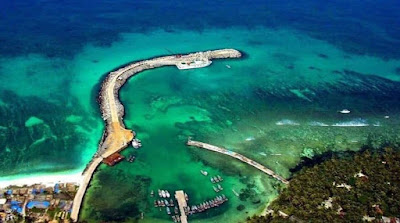 Lakshadweep, India’s tiniest Union Territory, is a 32-square-kilometer archipelago made up of 36 islands. It consists of 12 atolls, three reefs, five submerged banks, and 10 inhabited islands and is a Union Territory with only one district. 32 square kilometres make up the islands.[1]Kavarattiis the UT’s capital and largest town.Lakshadweep’s mystique is enhanced by its natural landscapes, sandy beaches, richness of flora and animals, and lack of a hurried lifestyle. Regular flights from Kochi connect the islands to the rest of the world. Throughout the year, helicopter transfers are available from Agatti to Kavaratti.

A set of laws suggested by Indian administrator Praful Khoda Patel, a member of India’s ruling BJP party, has sparked considerable discontent and anxiety among the country’s citizens. Patel was the Lakshadweep Islands’ first non-bureaucratic administrator. When Gujarat was under Modi’s leadership, he served as the state’s home minister.Patel has pushed through a raft of new rules and regulations in India’s sole Muslim-majority region, apart from Indian-administered Kashmir, since taking over the Lakshadweep administration in December last year, without consulting locally elected members. Residents claim that the plans jeopardise their livelihoods, property ownership, culture, and even the tropical islands’ fragile environment.

The contentious plans vary from a beef ban to disqualifying anyone with more than two children from running for village council, as well as taking over land owned by residents for the sake of development without preserving the landowners’ rights.

Land rights and employment security are being threatened:

The LDA (Lakshadweep Development Authority) formed by Patel, gives the administration the authority to take over any land without consulting the affected parties. This is a corporate land grab, according to island residents. Locals argue that Lakshadweep does not require roadways and that such developments will harm the islands’ fragile environment. Also, according to the new guidelines, the government can publish a development plan for a region regardless of whether or not it is occupied. People can be moved to wherever the administration wants them to be.

Muslims in Lakshadweep, which are designated as a Scheduled Tribe, are one of the few Muslim communities in India to be given special quotas in government employment and places in state-run educational institutions.

In February, the government-run tourist organisation of Lakshadweep, the Society for Promotion of Nature Tourism and Sports (SPORTS), alone fired over 200 contract workers.[2]

The Lakshadweep Animal Preservation and Regulation 2021 is comparable to anti-cow slaughtering laws in BJP-controlled states. By requiring a permission for murdering animals, which is unlikely to be granted for cows, it essentially forbids the slaughter of cows. Cows are used for agriculture, breeding, and milk production, as well as meat consumption by the islanders. It is overturned by the new legislation. Violators will face jail up to 10 years.

Patel also intends to allow the establishment of liquor bars and stores, arguing that this will increase tourism on the islands, which are now a non-alcoholic zone due to the Muslim majority.Liquor is only available in resorts on the uninhabited island of Bangaram, not on the inhabited islands of Lakshadweep.

Liquor is neither “socially acceptable or culturally desirable” for Lakshadweep, according to Manikfan.

The Anti-Social Activities Regulation Bill 2021, like to a Goondas Act, allows the state to imprison anyone for up to a year without exposing their whereabouts to the public. This seems like the standard techniques used by authoritarian laws to criminalise and penalise individuals who peacefully demonstrate.

Giving reference of an incident regarding the same, one of Patel’s first acts was to file criminal charges against three persons, including local Congress leader MA Atta, for erecting a banner in Kavaratti, Lakshadweep’s capital island, criticising Modi’s contentious Citizenship Amendment Act.

The bill expedites citizenship for non-Muslim minorities from Pakistan, Bangladesh, and Afghanistan, but excludes Muslims, a move that has drawn comparisons to former US President Donald Trump’s infamous Muslim ban.

Clamour has decided to drop all of his ideas:

Meanwhile, calls to repeal Patel’s proposed law and remove him from office are becoming stronger across India.

Beypore and Kochi ports in Kerala are two of the most frequently visited ports by cargo and passenger ships from Lakshadweep. According to Kareem (a local leader), the administration is attempting to redirect this sea passage to Mangalore port, which has strategic interests for the BJP and some business organisations.

Pinarayi Vijayan, the Chief Minister of Kerala, and KC Venugopal, a Congress member of parliament, have both spoken out against Patel’s actions. Patel’s activities, according to Vijayan, constitute a “severe threat to the lives and culture of the people of Lakshadweep.”

In the recent weeks administrator Patel’s controversial decision to ban meat in schools and shut down dairy farms was challenged in court by a Lakshadweep lawyer. After which, the Kerala High Court stayed two key “reform” measures recently implemented in Lakshadweep by the newadministrator Praful Khoda Patel: the elimination of chicken, beef, and other meat from the island group’s school menus, as well as the closure of dairy farms.[3]